Record 83% of Surveyed U.S. Teens Own an iPhone

iPhone continues to be the most popular smartphone among American teenagers based on a recent survey. 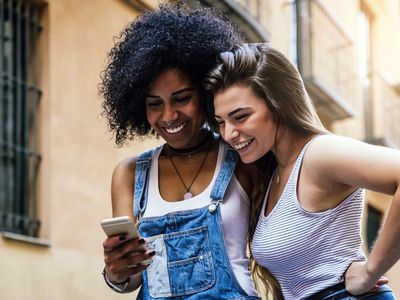 Shutterstock
A record 83 percent of U.S. teens own an ‌iPhone‌ as of spring 2019, according to investment bank Piper Jaffray's semiannual "Taking Stock With Teens" survey of around 8,000 high school students. Respondents were roughly 54 percent male and 46 percent female with an average age of 16.3 years.

Meanwhile, 86 percent of U.S. teens expect their next smartphone to be an ‌iPhone‌, matching an all-time high set in fall 2018. This metric has steadily grown in Apple's favor over the years, rising from 75 percent in spring 2016.

‌iPhone‌ popularity among teens is a good sign for Apple, as many of them could stick with the ‌iPhone‌ as an adult. Teens also become locked into the Apple ecosystem at an early age, becoming accustomed to services like iMessage, Apple Music, and iCloud as well as accessories like the AirPods and Apple Watch.

now i see it
That explains this

If You are honest, that doesn’t speak for the American youth.
It’s very sad to see such a lost generation growing on such inferior overpriced tech like an iPhone.

I wish them best and hope they grow up realizing there’s a real world outside way better and brighter.

Why are you spending your time on a site dedicated to rumors about products you hate so much?
Score: 31 Votes (Like | Disagree)

Jsameds
Hopefully now you will all realise why they are focusing on Animojis, AR and services rather than Pro features.
Score: 22 Votes (Like | Disagree)

outskirtsofinfinity
Nobody likes getting ugly green text messages... it reflects badly on the sender.
Score: 19 Votes (Like | Disagree)

Not true, just compare the iPhone XR and Galaxy S10e ― pound for pound the S10e has better hardware, yet cost the same amount

And now you have explained to yourself why software, ecosystem, support, update- and privacy-policy matter as a huge surplus value which Android manufacturers will never overcome with spec- and price-dumping ... You feel smarter now, don't you? ;-)
Score: 16 Votes (Like | Disagree)

Well iPhones are the same price as androids so... it’s obvious teens would pick and iPhone over an android.

I suspect many teens start out with a two- or three-year-old iPhone passed down from their parents.
Score: 13 Votes (Like | Disagree)
Read All Comments