American teenagers are still choosing Apple's iPhone over the competition, with 82 percent of surveyed U.S. teens saying that they own an iPhone, according to Piper Jaffray's latest survey (via Business Insider).

This number has grown steadily from 76 percent in April 2017 to 78 percent in October 2017, and it now appears to have plateaued temporarily in 2018, as 82 percent of teens said they owned an iPhone back in April. 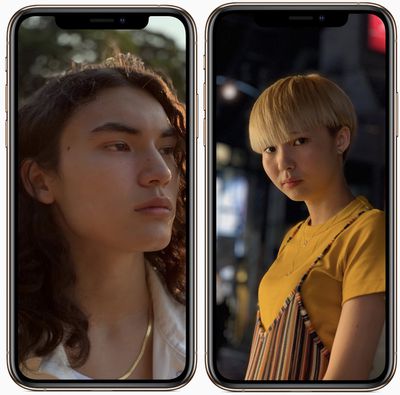 Looking to the future, 86 percent of teens surveyed said that they plan on buying an iPhone as their next smartphone. This is an increase from 84 percent in the spring.

In comparison, 10 percent of the teens said they planned on buying an Android smartphone next, down from 11 percent in the spring. The researchers at Piper Jaffray say that American teens' intent to buy an iPhone is now at the highest they have ever seen.

Other tidbits from the report include: 45 percent of teens saying that the brand of an item is the most important factor in a purchase decision, Amazon is the top preferred website, and Instagram is now the most used social platform as Facebook faces an ongoing decline. Netflix represented 38 percent of daily video consumption, ahead of YouTube (33 percent), cable TV (16 percent), and Hulu (5 percent).

For this survey, Piper Jaffray surveyed around 8,600 teenagers across 47 states with an average age of 16 and an average household income of $68,300. 44 percent of the teens were female, while 56 were male.

ArtOfWarfare
When they say "teens intend to buy", I expect that there's a significant portion of the group that intend to have money from parents involved. And those parents could balk and veto whatever the teen wants.

Obviously those teens are price-insensitive. It doesn't matter how trivial the new features are, it's worth it because it's basically free to them.
Score: 10 Votes (Like | Disagree)

TVreporter
Ah growing up as a teen it used to be wanting to have the cool footwear - Nike vs whoever.

RickInHouston
My kid used to play Minecraft and acted like it was the center of his universe.

Careful, kids can spin on a dime. Now he wants a Samsung phone because he can get an exclusive skin for Fortnite.
Score: 8 Votes (Like | Disagree)

KazKam
I'd say this bears out even past high school and into late teens, early twenties. I help develop the official app for a large university, both iOS and Android versions, and 70-75% of our daily active users are iPhone users, and our user base is a solid 80% of 35,000 students.

That says to me that the ratio of university-aged students owning iPhones vs. Android is extremely skewed toward iPhone vs the Android market share worldwide. Granted, university students also tend to come from more affluence in general, households where bargain Android handsets aren't pushed. Though we also tend to see a lot of college students owning 5s, 6, 6s... possibly hand-me-downs from siblings and parents, as iPhones do tend to have a longer life cycle.
Score: 4 Votes (Like | Disagree)

Scottsoapbox
Plan to buy is growing because teens can't afford to actually buy the latest iPhones.
Score: 3 Votes (Like | Disagree)
Read All Comments