More than half a dozen incognito Apple representatives, including employees of known subsidiaries, visited AR waveguide suppliers like DigiLens, Lumus, Vuzix and WaveOptics at CES 2019, according to a person with knowledge of the meetings.

Apple has been known to be interested in AR / VR technology for years with reports of hundreds of employees working on the technology. Tim Cook notably said in 2017 that the technology to do AR glasses in a "quality way" didn't yet exist, indicating that they would wait until Apple could deliver the best experience. 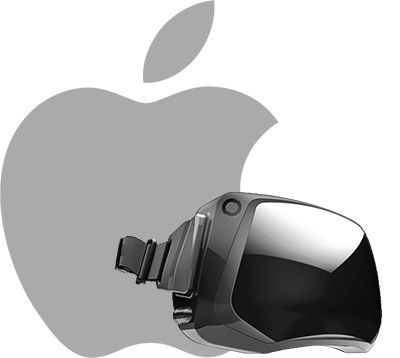 Rumors of an Apple AR Headset reignited when a report in April of 2018 suggested that a headset was actively being developed with a launch target of 2020. Since that rumor, it was revealed that Apple had also purchased Akonia Holographics, a startup that makes lenses for augmented reality glasses.
Related Roundup: AR/VR Headset
Related Forum: Apple Glasses, AR and VR
[ 66 comments ]

Frign
Apple is too late to that party. And even if they weren't, refusing to sell proper hardware for this job will make this a continued impossibility.
Score: 10 Votes (Like | Disagree)

Apple is too late to that party. And even if they weren't, refusing to sell proper hardware for this job will make this a continued impossibility.

Not at all. This is exactly what Apple does so successfully: spend 5+ years doing intense R&D and developing a winning product that they release when it’s ready.
Score: 8 Votes (Like | Disagree)

VR was kind of a flop as predicted. AR on the other hand might be interesting if it’s non intrusive. Unfortunately, other than having lens implanted in your retina, who would want to wear lens/glasses if they didn’t have to?

Well some people that were not wearing watches started just to have the tech, I can see a lot of people wearing glasses / lenses just for the tech in it.

Also with the new trend of blocking blue light, a lot of people with no need for glasses started to put them on with no presciption but with just the filter.

You'd be amazed what a youngster can put up with just to have the "new toy in town".


VR. is doing fine in gaming, where it belongs, people are just waiting for better resolution, and better HW to cope with it ;).

bladerunner2000
Apple sells garbage hardware. Until that changes, nothing in AR or VR will ever be feasible on a Mac.
Score: 5 Votes (Like | Disagree)

Not at all. This is exactly what Apple does so successfully: spend 5+ years doing intense R&D and developing a winning product that they release when it’s ready.

Oh, you mean like they did with the last Mac Pro? I read they put a lot of R&D into that. ;)

Honestly though, there was a time when I felt the same way as you. But I’m starting to realize that this new Apple is different than the one I used to know.

For example, look at the Apple TV and its wasted potential as a gaming platform. I was really hoping it would take off, but Apple gimped the launch by forcing that awful remote as the controller input. Somehow, all of their R&D and focus testing didn’t save them from that mistake. In addition to the bad user experience, it was really off-putting to the developer community. Apple eventually ended up rolling back the requirement, but the damage was already done.
Score: 5 Votes (Like | Disagree)
Read All Comments