Google's live streaming TV service, YouTube TV, is expanding to an additional 95 markets in the United States today, resulting in total coverage of over 98 percent of U.S. households. Soon after this rollout, YouTube TV will expand to cover the remaining major U.S. markets and reach nationwide coverage (via Variety).

This expansion comes after YouTube TV first launched in April 2017 in just five U.S. cities: the San Francisco Bay Area, Los Angeles, New York City, Philadelphia, and Chicago. More cities were added soon after, and by the end of 2017 the service had reached 50 percent of U.S. households.

One year after its launch, YouTube TV gained an app for the fourth- and fifth-generation Apple TV, launching in time for the Super Bowl in February 2018. Like other live streaming TV services, YouTube TV offers a selection of channels, a DVR, and more features at a cost of $40 per month.

In today's report, Google says that it currently has no plans to launch YouTube TV in international markets: "This is a U.S.-only app at this time," according to a YouTube representative. In the U.S., new markets for YouTube TV include the following regions:

For local networks, YouTube TV says that it offers access to all four of the big broadcast networks (ABC, FOX, CBS, and NBC) in over 90 percent of the markets it serves, and the remaining markets have access to "at least three." Other channels include TNT, TBS, CNN, ESPN, FX, and more, which subscribers can record using an unlimited cloud DVR.

benroberts3
For any of you out there with a significant other who insists that streaming TV have Food Network, HGTV, etc, YouTube TV is a nonstarter.

Get those networks on board and then it’ll be a viable competitor to DirectTV Now.
Score: 5 Votes (Like | Disagree)

Mackinjosh
They're the best simply because they dont offer service until they offer you your locals. Their UI and DVR are also far superior to the competition.
Score: 3 Votes (Like | Disagree)

12vElectronics
I don’t know anyone that subscribed to YouTube TV. Honestly I forgot this even existed.
Score: 2 Votes (Like | Disagree)

I feel as if honestly every single day the entire Internet hates me: 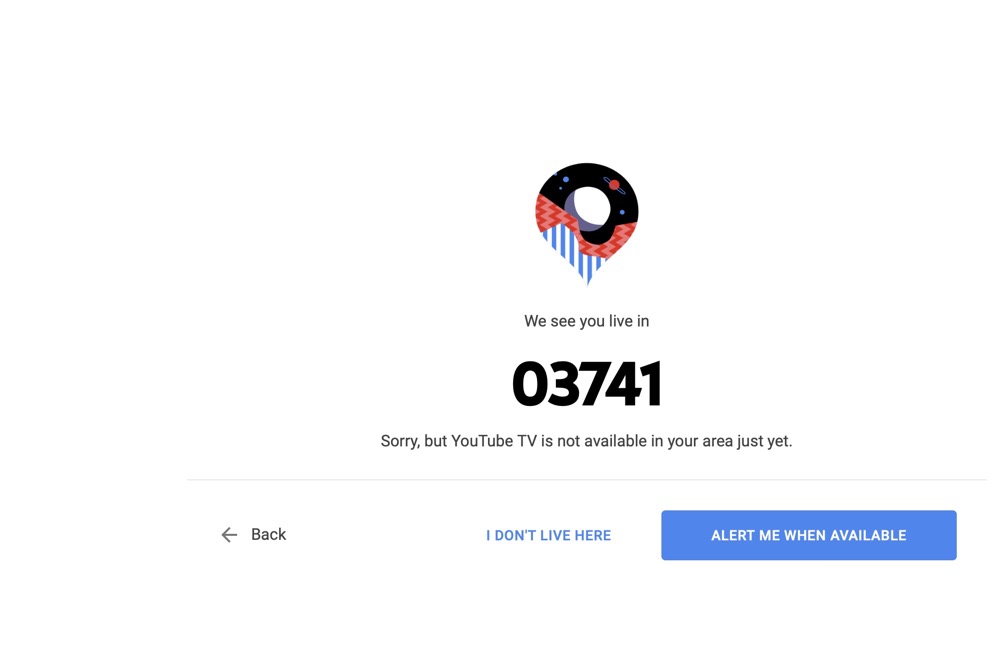 -no cell phone service at my house
-Can't stream music in my area unless I'm right in town
-We just got cable TV (Until 2017, I was on 1.5 megabit DSL)
-No Uber, grub hub, door dash or Lyft
-No over the air channels via rabbit ears or satellite dish
-and no Chick Fil-A or Arby's or Chipotle (I really like Chipotle)

I love it up here in the middle of nowhere but we are a city with 30K people..quite big in my opinion but the internet itself just sort of doesn't know we exist. We're always last to get everything. You'd think being 2.5 hours from Boston, we'd have a lot more amenities.

sorry for the mini-rant. I think I might as well just move further into the woods because I don't gain much by living so close to a city other than higher taxes.

5G cell will unlock the world once its fully out. Covering the entire planet...FROM SPACE. (and give us all cancer) ;)
Score: 2 Votes (Like | Disagree)

avanpelt
YouTube TV has the best interface and reliability, in my opinion; but DIRECTV Now smokes them in terms of channel lineup. I'm grandfathered in at the now $40/month (used to be $35/month) 'Go Big' DIRECTV Now plan, but if YouTube TV offered the same channel lineup I have with DIRECTV Now -- even if it cost me $65 or $70 per month -- I'd switch in a heartbeat. DIRECTV Now has one of the buggiest UI's of any of the streaming services I've tried. They've gotten better over the past 26 months since the service launched, but they're nowhere near where they would be if they actually gave a damn about the customer experience.

What's worse is that their entire service will go down for anywhere between one and three hours at a time. It's happened three times in the last six weeks alone. If you look at the DIRECTVNowHelp Twitter account during an outage, their CSRs endlessly tell people to try rebooting their Apple TV's, their phones, modems, routers, etc. during a service outage that the CSRs seem to know nothing about (or they simply refuse to acknowledge the outage on social media). The lack of a reliable product and the lack of useful customer service when the service is down is pretty embarrassing.
Score: 2 Votes (Like | Disagree)
Read All Comments