Commonwealth Bank (CBA) today announced that next month it will become the second of Australia's "Big Four" banks to support Apple Pay, ceding to customer demand after a multi-year dispute with Apple over fees and access to the NFC chip in iPhones. CBA is the largest retail bank in Australia and has long been a notable holdout from Apple Pay. 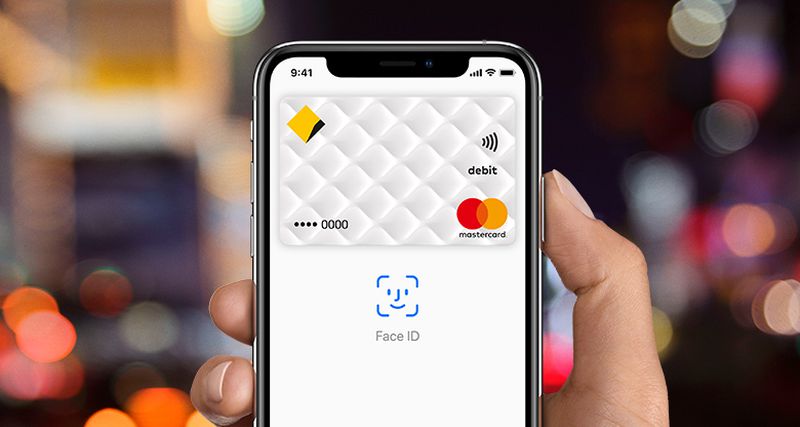 Angus Sullivan, Group Executive of Retail Banking Services, said: “We recently wrote to our customers asking them what the bank could do differently and we received lots of excellent suggestions.

“One of the things we heard repeatedly from our customers is that they want Apple Pay and we’re delighted to be making it available in January 2019.

“We are committed to making changes that benefit our customers and simplify our business. We will continue to look for more opportunities to innovate and listen, to ensure our customers get the best experience when they bank with us. Responding to customer demand for Apple Pay underscores our commitment to becoming a better, simpler bank.

Three of the Big Four banks (Commonwealth Bank, NAB, and Westpac) attempted to engage in collective bargaining with Apple in an effort to force Apple to open up the iPhone's NFC capabilities to support other digital wallets such as those offered by the banks themselves.

Apple argued that the banks' stance was harmful to consumers and stifling innovation, and Australian regulators agreed with Apple, denying the banks authorization for collective bargaining.

ANZ was the only the one of the Big Four banks in Australia willing to engage in talks with Apple over Apple Pay support, and the bank launched Apple Pay in April 2016. Dozens of smaller Australian banks later followed suit, but the remaining three major banks continued their holdout until today's announcement from Commonwealth.

TheHammer
Yep too late, switched to ING. Took both mortgages with me too
Rating: 11 Votes

MacFanBoi
To little to late CBA. I switched to ANZ a few months after anz offered Apple Pay since none of the other big banks wanted to agree to apples terms they aren’t banks I was interested in dealing with.
Rating: 6 Votes

Yep too late, switched to ING. Took both mortgages with me too

Although, with the closing of AMEX companion cards, and lacklustre award point earning, I'm not sure my main business will remain on CBA ccards...


Also a factor in my decision. Not to mention the loss of fee free international purchases. And the findings from the Royal Commission into banks was pretty damming of the big banks here.
Rating: 4 Votes

R10k
Too late for me too - I switched to ING and am very happy I did.
Rating: 3 Votes

tehStickMan
I'm CBA customer and this is ABOUT DAMN TIME!

I've gotten another two cards with different banks just to get some on Apple Pay. Finally I can have my main bank on it.

Although, with the closing of AMEX companion cards, and lacklustre award point earning, I'm not sure my main business will remain on CBA ccards...
Rating: 2 Votes

Lozza013
About time. Now hopefully NAB and Westpac give up their pathetic stances. I feel that shouldn't take too long.
Rating: 2 Votes

mrow
Does Australia not allow foreign banks to offer retail banking services there? Were these “big four” really the only option for most people? It seems like the real problem here is limited competition and banks that seem more than happy to collude to limit competition.
Rating: 2 Votes

Suxamethonium
Good news for me given I was thinking about changing from CBA to get Apple Pay just never got around to it.
Rating: 1 Votes
[ Read All Comments ]