The update is available on all eligible devices over-the-air in the Settings app. To access the update, go to Settings --> General --> Software Update. It could potentially take a few minutes for the update to propagate to all users due to high demand. As with all iOS updates, iOS 12 is free to download.

Subscribe to the MacRumors YouTube channel for more videos.
iOS 12 is a major update that brings several new features and upgrades to Apple's iOS devices, along with some significant performance improvements. Apple has revamped the operating system from top to bottom to make iPhones and iPads, especially the older models, faster and more responsive.

Apps open more speedily than before, the keyboard pops up faster, and the Camera launches much quicker. Apple has also introduced optimizations for when the system is under load, making iOS devices faster when you need performance most.

On the iPhone X (and upcoming XS and XS Max models), there are new Animoji characters (Ghost, Koala, Tiger, and T-Rex) along with "Memoji," which are customizable, personalized, humanoid Animoji that can be used both in Messages and in FaceTime, plus there are fun new camera effects in both of those apps.

Apple originally planned to introduce Group FaceTime support in iOS 12, but the feature was removed during the beta testing period. It will be reintroduced later this fall in a future iOS 12 update.

Siri is smarter than ever in iOS 12 with a new Shortcuts feature designed to let you create multi-step customized automations using first and third-party apps that can be activated with Siri voice commands. Shortcuts can be created through the Shortcuts app, which Apple is releasing alongside iOS 12.

Apple built comprehensive time management and monitoring tools into iOS 12 with Screen Time, allowing you to keep track of how much time you're spending in apps on your iPhone and iPad. App limits can help you cut back on iOS device usage, and robust parental controls are included for families.

Updated Do Not Disturb options make activating Do Not Disturb more intuitive and simple, and a new Do Not Disturb at Bedtime feature cuts down on nighttime distractions and sleep interruptions by hiding notifications at night.


Apple News has a new Browse feature, the Stocks app has been redesigned and brought to the iPad, iBooks has been overhauled with a new look and a new name -- Apple Books -- and Voice Memos has been revamped with iCloud support and an iPad app.

The updated Maps app is available in the Northern California area during beta testing and at launch. Following iOS 12's public release, Apple plans to continue rolling out the new Maps app to additional U.S. locations.

For a complete rundown on all of the features that are included in iOS 12, make sure to check out our iOS 12 roundup. Apple's full iOS 12 release notes are also listed below.

iOS 12 brings performance improvements and exciting new features to iPhone and iPad. Photos introduces new features to help you rediscover and share the photos in your library, Memoji--a new, more customizable Animoji--make Messages more expressive and fun, Screen Time helps you and your family understand and make the most of the time spent on devices, Siri Shortcuts deliver a faster way to get things done with the ability for any app to work with Siri, augmented reality becomes even more engaging with the ability for developers to create shared AR experiences, and new privacy features help protect you from being tracked on the web. This update introduces new features and improvements to:

Other features and improvements

We've also got a long list of how tos to walk you through all of the new features introduced in iOS 12, which are available through the how to section of our roundup.

Who read all 16 pages of the new Apple Media Services terms and conditions?

I'm on page 3 atm and consulting with my attorneys on a conference call.
Score: 26 Votes (Like | Disagree)

all the Android users today: 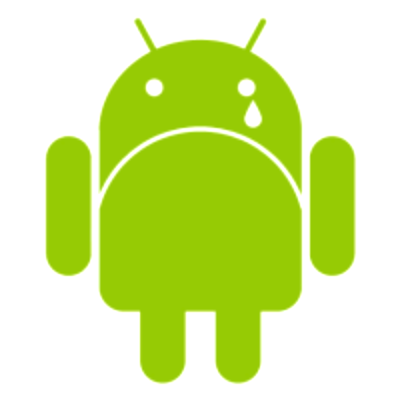 Quite a few of them on social media are asking: what's a software update?
Score: 12 Votes (Like | Disagree)

In order to see the update you must smash your iPhone with a hammer first. It will then be available.

Thanks, it worked.
Score: 11 Votes (Like | Disagree)
Read All Comments