Apple has removed the Infowars app from the App Store, just a day after controversial Infowars radio show host Alex Jones was permanently banned from Twitter.

Apple confirmed the app's permanent removal to BuzzFeed late on Friday, but instead of giving a specific reason for taking action now, Apple simply cited its own general App Store guidelines, which prohibit content that is "offensive, insensitive, upsetting, intended to disgust, or in exceptionally poor taste." 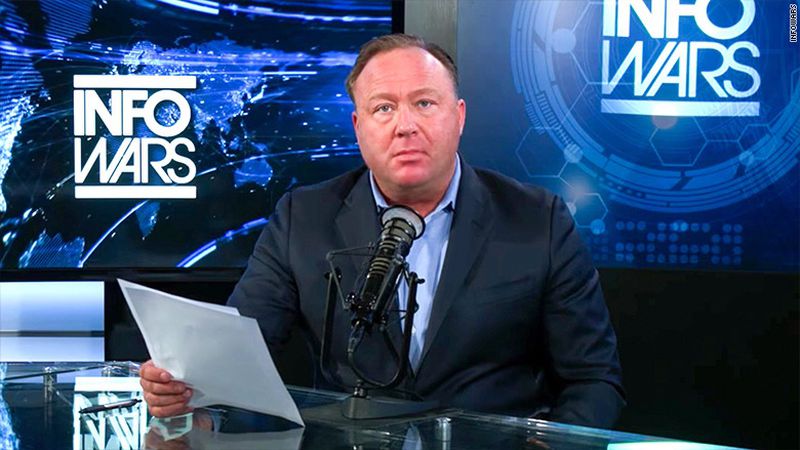 Early last month, Apple removed the entire libraries of five Infowars podcasts from its Podcasts platform and said it had chosen to do so on the grounds that it does not tolerate hate speech.

At the time, the tech giant defended its decision not to remove the Infowars app, saying that the App Store is a place for "all points of view" as long as apps are respectful to users with differing opinions. However, Apple also noted that it continues to monitor apps for violations of its guidelines and will remove them if necessary.

Apple's initial stance struck some observers as odd, given that the Infowars mobile app allowed users to live stream the same programs that were removed from the Apple Podcasts platform. The app's continued availability also allowed it to benefit from the publicity surrounding Apple's removal of the podcasts.

However, that's no longer the case, and as of Friday evening, searching for the app within the App Store only returns apps related to Infowars, while the official app is nowhere to be seen.

Apple's removal of the Infowars app follows Twitter's decision on Thursday to permanently suspend Alex Jones and Infowars. The social media network said the suspension was based on new reports of tweets and videos posted that violate its abusive behavior policy, in addition to the accounts' previous violations.

M2M
Not a fan of this guy, his platform or his believes at all but I don’t think Apple should decide what’s right or wrong.
Rating: 116 Votes

Truly civilized “societies” let their members decide for themselves

A liberals way of censoring public opinion is calling it hate speech.


Harassing the parents of children who died in mass shootings while claiming those children never even existed ain’t "public opinion."
Rating: 109 Votes


So you want Democrats and their racist identity politics banned from the Internet?

The American left has gone fully and completely insane.

I used to wonder how authoritarian dictatorships could happen. Now I know.
Rating: 93 Votes

Lerxt
Great new. This guy is about as bad as it gets. A civilised society has no place for hate speech.
Rating: 84 Votes

matrix07
This guy abuses the system. Now the system has caught up to him so.. so long. Good riddance.
Rating: 75 Votes

Truly civilized “societies” let their members decide for themselves

They do, and they did, which is why commercial platforms have the right to keep hate speech from negatively affecting their business.
Rating: 68 Votes

syntax
This man peddles lies about children who were murdered in mass shootings just so he can drive traffic to his nutritional supplement business. He encourages his audience to harass the grieving parents of these children. Whenever he’s hauled into court, he claims under oath that he is merely portraying a character in front of the camera for entertainment purposes. These are all facts that I wish he would be calmly confronted with whenever he stages one of his publicity-stunt ambushes. Good riddance to him.
Rating: 66 Votes
[ Read All Comments ]