Wednesday June 27, 2018 9:21 am PDT by Joe Rossignol
Back in September 2016, controversy erupted when Apple released the iPhone 7 and iPhone 7 Plus without a headphone jack. Now, users must plug wired headphones into the Lightning connector using an adapter, included in the box with each device, and sold separately for $9 in the United States.

The adapter is also available at resellers such as Best Buy, where nearly two years later, it remains a top seller. In fact, the adapter is Best Buy's second-best selling Apple product in terms of unit sales, behind only AirPods, according to Joshua Fruhlinger, publisher of data-driven site Thinknum:

The above chart shows the Lightning-to-3.5mm Headphone Adapter's sales rank at Best Buy for the past couple years. A lower sales rank, of course, is better. As you can see, the adapter has been a top-25 seller for the better part of the past year.

Apple is likely not making a ton off of the little dongles, but the fact remains that it's the company's second-best-selling product at America's number-one electronics retailer, ahead of its EarPods and Apple Watch.

MacRumors reached out to Fruhlinger to verify the data, obtained using Best Buy's developer APIs, and we did see that the headphone jack adapter has consistently ranked as the best selling Apple product behind AirPods, with a few days here and there as exceptions, for well over a year.

In fact, since the adapter was released a few years ago, its sales ranking among all products sold by Best Buy has generally increased:The data is particularly interesting given that Apple already includes its headphone jack adapter in the box with its latest iPhones, so every customer that needs one should already have one. So, what is driving all of the sales?

Fruhlinger offered up a pretty reasonable explanation: people keep losing the adapter, thereby having to buy a new one:

The story cut too close to home. As a wired headphone holdout (I refuse to charge my headphones, and I love my Klipsches), I've gone through several headphones adapters myself.

Of course, some customers may simply want more than one headphone jack adapter for use in the car, at work, and so forth.

Overall, the data suggests wired headphones remain popular, but remember that AirPods are the one Apple product outselling the adapter at Best Buy, so many customers are also embracing wireless.

Apple has said it is pushing towards a "truly wireless future," as evidenced by the removal of the headphone jack, and its other products and technologies, ranging from AirPods and AirPower to its W1 and W2 wireless chips. The headphone jack adapter has always been a stopgap amid that transition.

In fact, earlier this year, analysts at Barclays predicted that Apple won't include the adapter in the box with the trio of iPhones rumored to launch this September. Even if that turns out to be false, the adapter certainly won't be around forever. But, for now, it clearly remains quite popular.

BootsWalking
When your best selling product is something that's needed to restore basic functionality to another product then you've lost your way in form over function.
Rating: 157 Votes 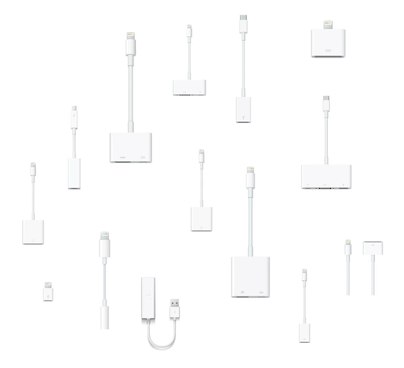 obiwan
I've said it once, and I'll say it again. The headphone jack will live on for years after the lighting connector is dead and buried.
Rating: 98 Votes

KPandian1
Why would Apple care about these numbers? Remember, their courage!
Rating: 30 Votes

Doesn't really surprise me that the same people whining about removing the headphone jack are the type of people that will lose the adapter it comes with and need to buy another one.

Leave the dongle connected to your headphones. Problem solved.


What, so every other audio product in the world has a lightning connector?
Rating: 26 Votes

fourfour44
Doesn't really surprise me that the same people whining about removing the headphone jack are the type of people that will lose the adapter it comes with and need to buy another one.
Rating: 23 Votes

lagunab
I am quite happy to keep my iPhone 6S WITH headphone jack to support my 8 - 9 ear pods scattered about at the ready. As Apple moves towards disintegration with dongles replacing ports and no real innovation I keep my 2013 MBP 13, iPad Air 4 years old, and our 2 6Ss which HAVE ports and NO monthly payments!
Rating: 20 Votes