A questionable new report from Apple's supply chain claims that the company's rumored "low-priced" version of the HomePod will be placed under the Beats by Dre brand instead of the expected Apple branding. The report comes from Chinese news site Sina, which also says the $199 speaker will have MediaTek as the supplier, a change from Apple's decision to give Inventec sole supplier duties on the first HomePod (via LoveiOS).

Reports about a cheaper HomePod began appearing quickly after news of lackluster sales for the first version of the speaker emerged earlier this year, with former KGI Securities analyst Ming-Chi Kuo and other industry watchers predicting a low-cost speaker priced between $150 and $200. What's new in this week's report is the idea of a Beats-branded version of the HomePod, but it's unclear exactly what form the speaker would take, what features it would carry over from the $350 version of the speaker, and where Sina is sourcing the news from in the first place. 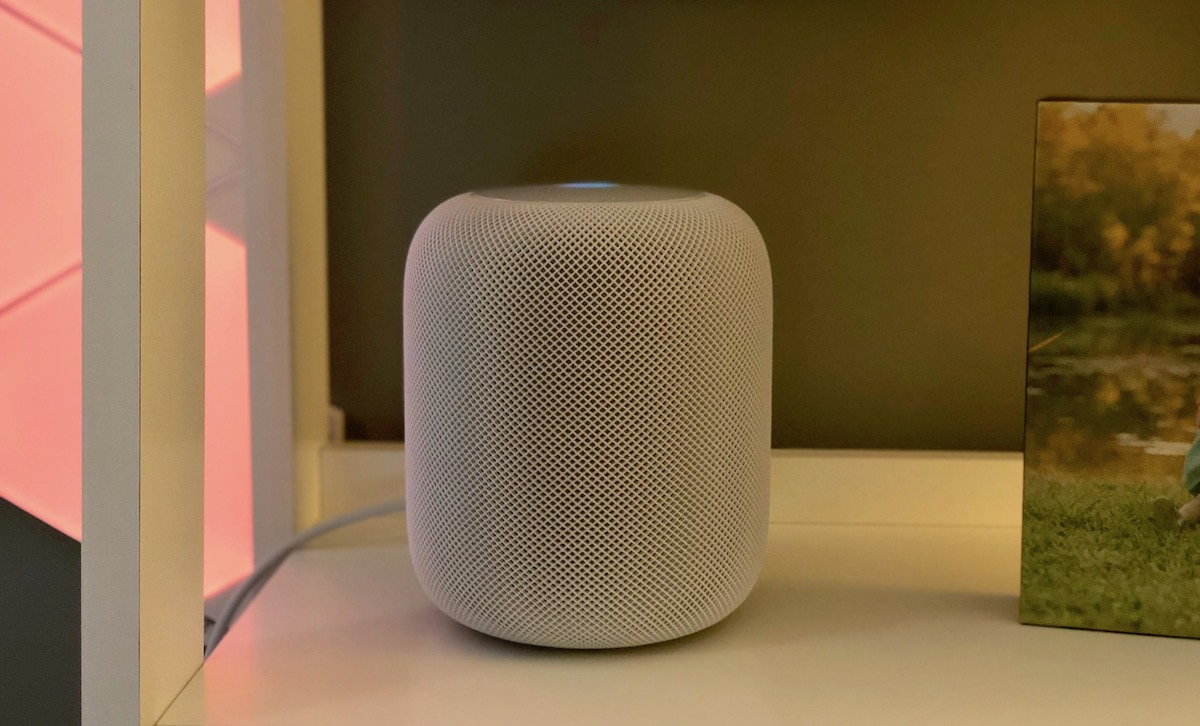 It seems unlikely that Apple would somehow combine the HomePod and Beats brands into one product, and due to all of this it's important to take the new report with a dose of skepticism. Beats last updated its Pill line of speakers with the Pill+ in 2015, which ran for $230 at launch but nowadays is priced closer to $130 when purchased on sale. Pill devices lack persistent "Hey Siri" functionality, likely due to their lack of constant AC power, so it also seems unlikely that Apple would extend that feature beyond its own line of devices, currently including the iPhone, iPad, HomePod, and Apple Watch.

In his prediction, Ming-Chi Kuo said that Apple is "mulling" a "low-cost version" of the HomePod in an effort to boost short-term shipments. Apple's main selling point on the $350 HomePod is its high-quality audio playback, with reviewers agreeing that the speaker blows other smart speakers out of the water in terms of audio performance, but Siri's performance, the lack of certain languages, and Apple's walled garden ecosystem (particularly excluding any music service besides Apple Music) left many to wonder if the price was actually justified.

As a point of comparison, two of Apple's rivals sell entry-level versions of their smart speakers for as low as $50 in the United States, including Amazon's Echo Dot ($49.99) and Alphabet's Google Home Mini ($49.00). The smaller, cheaper devices allow users to expand features of the connected speaker system into other rooms around their home, without having to spend a lot of money on purchasing the base speakers multiple times.

For now, the HomePod still lacks a few features Apple announced prior to the speaker's launch, namely AirPlay 2 support and multi-room audio, both pegged for release through a firmware update sometime later in 2018. Although there have been many reports about a cheaper HomePod, none have yet hinted at a potential launch window for the rumored lower-cost speaker.

Other than better audio quality, a $50 dot is more useful in every way imaginable. And a $100 pair of amplified stereo speakers plugged into the dot can easily match the audio quality of a HP.

Apple needs to learn that there is more to competition than brand and price tiers. In these IoT segments, people will cross-shop vastly different price ranges and types of products.
Rating: 19 Votes

And make Siri be the same on all devices, as a start.
Rating: 11 Votes

My complaint isn't about new features though. My complaint is specific. Do not ship unfinished product. I rather it works well and ship complete. I'm funny that way. It's one of the reasons I am rarely a first adopter. Others may be more forgiving. That's totally okay. To each his own.


I agree. The old Apple wowed us when a new product was released. This Apple announces products early and then ships them late AND feature incomplete. There’s nothing “magical” about that.

I think HomePod would have done much better if they’d waited another year and built something truly great. They harp on audio quality as if that alone is supposed to convince people to buy. News flash. There are plenty of great sounding speakers out there. If you care about audio quality, you already have good ones. I laugh at the Apple fans who ooooo and ahhhhh over the HomePod quality and how they’ve been waiting for a great sounding speaker. What rock do they live under?

HomePod is a flop because of the software, not the hardware. Apple rakes in billions every quarter yet can’t ship anything on time these days. By releasing HomePod feature incomplete, they only highlighted the advantages of competing platforms. After returning my HomePod, I bought an Echo Dot to control my Sonos. I’d never tried voice control, but liked the way Siri worked on HomePod.
[doublepost=1526921858][/doublepost]

I wish Siri on the HomePod could be used to play music from my iTunes server library. I have zero interest in AppleMusic (or any other service of this kind) but I could enjoy using Siri to play the music I kept organised and tagged already…


This is one of the product’s many shortcomings. I have thousands of CDs on my home music server in lossless format. Why should I waste bandwidth and listen to lower quality audio via streaming when I have high quality files available on my local network? If you don’t have Apple Music, I can understand that getting Siri to work with a local library might be more complex (from Apple’s perspective), but it’s absurd that they didn’t offer this feature to Apple Music subscribers. They know what’s in your library. They know which files reside on your local machine. Why not always favor the highest quality audio file available? There are so many obvious software/feature fails with HomePod. It’s such a disappointing product from that standpoint.
Rating: 6 Votes

They don't use those exact words, but they use synonyms and clearly describe it as a smart speaker. You aren't really debating the proposition that the HP is advertised for much more than just listening to music, are you??


It's all fun and games until SOMEBODY has to bring facts into the discussion. :rolleyes::D

I find the HomePod too restrictive for both of the primary functions... as a speaker for playing music or as a smart assistant. Whether it is the HomePod or Apple TV, they don't offer the flexibility that their competitors do... and at significantly lower prices. A "dumb" HomePod that operates as simply a bluetooth speaker (with aux input) at an appropriate price would be appealing to me.
Rating: 5 Votes

Other than better audio quality, a $50 dot is more useful in every way imaginable. And a $100 pair of amplified stereo speakers plugged into the dot can easily match the audio quality of a HP.

Apple needs to learn that there is more to competition that brand and price tiers. In these IoT segments, people will cross-shop vastly different price ranges and types of products.

It pains me to agree. After waiting years for Apple and device makers to get together so I could have a Siri smarthome, I gave up and bought 6 Dots and a SmartThings hub. It works great, I have lots of devices to choose from and I don’t have to use a Raspberry Pi to hobble it all together. Apple really screwed the pooch on smarthome stuff. Makes me really sad when I remember Steve Jobs talking about the AppleTv being the future smarthome hub.
Rating: 4 Votes

One of the issues I see is people don't care about the quality of their music. They are used to use their free headphones from Apple and that is good enough for them.


I beg to differ. My home is wired up with many speakers that cost many times what a HomePod costs. People who care about audio quality aren’t shopping for speakers at an Apple Store.
Rating: 4 Votes

No, you can’t. People either honestly can’t hear a difference or the fact that the HomePod costs $300.00 more is too big of a hurdle for them to overlook. And that’s ignoring how poorly Siri works as a personal assistant in comparison to Alexa and Google Home. This should have been expected by Apple marketing and either some creative commercial strategy put in place to channel expectations or Apple should have released a product that was capable of being favorably reviewed when comparisons like this were made, because such comparisons were inevitable.
Rating: 3 Votes

bluecoast
As has been said on this thread... Siri.

‘Rabbits are the most common animals that hop.

The nearest pet store that I can find near New York is in Mexico City.’

‘I’m afraid that I cannot give medical advice about hip operations.’

Apart from that, makes sense.

The EQ and speaker could definitely be cheaper then, as Beats is known for having a bass heavy sound, so you could cut out all of the dynamic processing that the HomePod does.

I.e. you’d optimise it for hip-hop, rnb, electronica and rock - and not be too bothered about how anything else sounded on it.
Rating: 3 Votes

They don't, go to Apple HP page and search on "Smart Speaker" you will get zero hits.


They don't use those exact words, but they use synonyms and clearly describe it as a smart speaker. You aren't really debating the proposition that the HP is advertised for much more than just listening to music, are you??