Apple's second-generation iPhone SE could feature an iPhone X-esque design with a notch, if a sketchy rumor is to be believed, but Face ID is unlikely.

MacRumors has obtained renders and alleged dimensions of the new iPhone SE from case maker Olixar, via online accessories store Mobile Fun, that suggest the device's notch will be approximately half as wide as the one on the iPhone X, almost certainly making it too slim to house facial recognition sensors. 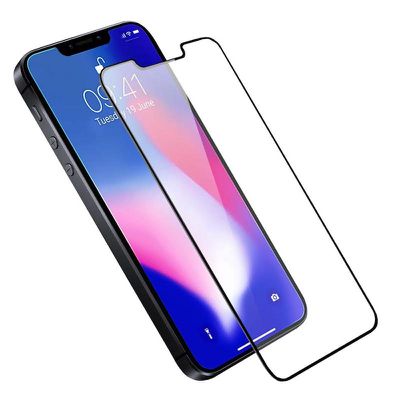 Olixar's render of new iPhone SE with its screen protector
It's hard to imagine that Apple would include Face ID on the iPhone SE in the first place, without significantly raising the price. Including the feature on an iPhone that starts at just $349 would reduce Apple's gross margins and almost certainly cannibalize sales of the iPhone X at $999 and up.

Olixar's renders, which we're told were "obtained from a reliable source" in China, also suggest the new iPhone SE will feature an iPhone X-esque display that stretches nearly edge to edge, surrounded by an aluminum shell with flat sides and chamfered edges, akin to the current model and iPhone 5s.

With an alleged length of 4.7 inches and width of 2.1 inches, the new iPhone SE would be slightly smaller than the current model, remaining suitable for one-handed usage but with a larger display thanks to the fuller-screen design.

Olixar's technical drawing of new iPhone SE with alleged dimensions
The renders do not depict the bottom or back of the device, so it's unclear if there will be a headphone jack or a glass rear shell for wireless charging. As expected, the device does appear to retain physical volume buttons and a mute switch on the side, and a physical power button on the top-right corner.

The biggest question mark is how authentication would work, given the lack of a home button and the unlikeliness of Face ID. Chinese company Vivo's new X20 Plus UD became the first smartphone with an in-display fingerprint sensor early this year, but Apple seems to have elected against that approach.


Overall, this rumor is a sketchy one, but Olixar is confident enough in its Chinese sources to already be accepting pre-orders for iPhone SE 2 screen protectors on Mobile Fun, so we are sharing in the interest of discussion.

Apple hasn't truly updated the iPhone SE since it launched in March 2016, beyond doubling its available storage capacities, but rumors about an updated model have been contradictory in recent months. There are essentially two camps: one expecting a more iPhone X-like design, and another expecting a minor refresh.

Last month, for example, a video shared on Chinese social media website Sina Weibo showed what appears to be an unreleased iPhone SE with an iPhone 5s-like design, glass back, top and bottom bezels, Touch ID, and a headphone jack. However, it's quite possible the device was a knockoff, as are common in China.

If there is a new iPhone SE, a few reports and regulatory filings suggest the device could be announced by WWDC 2018 in June.

brendu
If Apple makes the next SE as it looks in that mock-up I will buy it and I would pay a premium for it. I want the SE a form factor with edge to edge screen. That had been my dream phone for years. Apple, please, please do this.
Score: 34 Votes (Like | Disagree)

Datalinks
Just give us a new small iPhone. We don't care anymore!
Score: 23 Votes (Like | Disagree)

TimSHB
I think Apple should avoid making an SE sized phone with iPhone X features...unless they want to sell a lot of them.
Score: 22 Votes (Like | Disagree)

turbineseaplane
A mostly all screen phone that's roughly the same physical size as the current SE is literally perfect to me.
Score: 22 Votes (Like | Disagree)