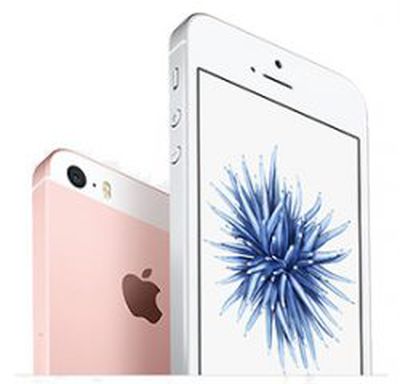 The EEC filing, published on Tuesday, satisfies Russia's requirement for companies to register all products containing encryption and/or cryptographic tools. On February 19, the EEC revealed the existence of two new models of iPad, which proved to be the Wi-Fi and cellular versions of Apple's 9.7-inch iPad unveiled on March 27, so there's a decent chance the new model numbers identify iPhones tipped for a May or June launch. Several new models of MacBook were also registered with the EEC in May of last year, and those laptops were announced at WWDC 2017.

Apple is rumored to be introducing three flagship iPhones in 2018: Two OLED models measuring in at 5.8 and 6.5 inches and a 6.1-inch lower-cost LCD model. All three will feature Face ID and edge-to-edge displays, but none are expected to arrive before the usual September timeframe when Apple's major annual iPhone event typically takes place.

However, rumors suggest Apple will bring a new entry-level smartphone model to market similar to the iPhone SE that will support wireless charging and be released in time for summer 2018.

Apple hasn't properly refreshed the iPhone SE since it launched back in March 2016, although it did double the available storage capacities to 64GB and 128GB in March 2017. A May/June launch would put it within touching distance of Apple's Worldwide Developers Conference, which starts on June 4, although Apple hasn't launched an iPhone at WWDC in the last seven years, the last announcement being the iPhone 4 in 2010.

Inkling
When the first iPhone came out, I knew I wanted one. It did so many things that I'd wanted my cell phone to do. In the first few models that followed that, more useful features were added, making iPhones more appealing.

But now? Year after year, Apple brings out new models that offer nothing new of value. You see that in the list of possibilities for these new phones. It's all about screens and charging. How ridiculously meaningless. A little bigger or a little smaller matters little. And the Lightning connector works so well that starting recharging takes perhaps a second longer than placing it on a wireless pad.

How about real improvements Apple. How about an EL for Extended Life model with twice the battery life for those on the go. How about a Sport model that's ruggedized to Milspecs like many of today's digital devices? How about building in an SDR chip that'd give iPhones world-ready TV and radio reception? How about a system that'd screen out spam calls, my #1 irritation?

No, all we get from Apple is the removal of useful items like ports, the addition of silly stuff like that laptop ribbon, and the addition of features that make no difference in actual use like visual ID. Its grown so bad, that the last genuinely useful feature that Apple added to any of its products was TouchID years ago.

Is that sad or pitiful? Probably both. Genuine innovation has deserted Apple.
Score: 16 Votes (Like | Disagree)

I want the fingerprint verification back. It works bad laying on the table, in the sun or anywhere else where you dont keep it right in front of your face.
Score: 11 Votes (Like | Disagree)

martyjmclean
If they do release an iPhone SE 2 (which is most likely what this registered iPhone is), I hope they keep the same body.
Score: 9 Votes (Like | Disagree)

EvilEvil
Too many SKUs!
Score: 8 Votes (Like | Disagree)
Read All Comments