Apple's widely rumored 6.1-inch iPhone with Face ID may use the same MLCD+ display technology as LG's new G7 ThinQ smartphone, according to a BusinessKorea report today spotted by the blog Patently Apple. 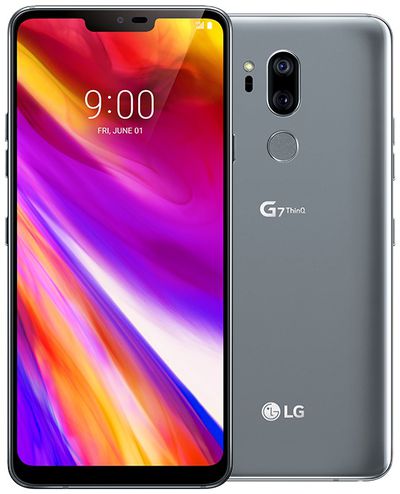 According to the smartphone industry on May 9, Apple is expected to load its next 6.1-inch iPhone model with an MLCD+ display which LG used in its G7 ThinQ smartphone. The MLCD+ display realizes a bright screen with less power consumption than the IPS LCD display.

Whereas a traditional LCD screen has three sub-pixels, forming a red, blue, and green stripe, MLCD+ screens have a fourth white sub-pixel for increased brightness, yet with lower power consumption than an IPS LCD panel. LG's G7 has a peak brightness of 1,000 nits, for example, compared to between 625 nits and 804 nits on the iPhone X.


Like the OLED display on the iPhone X, MLCD+ screens can also display 100 percent of the wide DCI-P3 color gamut for improved color accuracy. The panel in the G7 is capable of 10-bit color depth, so if Apple used this technology, the 6.1-inch iPhone could be more compliant with some HDR standards.

Rumors suggest the 6.1-inch iPhone will essentially be a lower-priced iPhone X, achieved through some cost-cutting design compromises, including the lack of an OLED display. Based on this report, however, it sounds like the device could still have a better display than the iPhone 8 and iPhone 8 Plus.

The 6.1-inch iPhone will also have an aluminum frame rather than stainless steel, a single-lens rear camera, and may lack 3D Touch, according to former KGI Securities analyst Ming-Chi Kuo. He predicted the device will be unveiled later this year with a starting price of between $700 and $800 in the United States.

whats so much better than oled seems this is better so why not do the flagship with this?

I've never understood OLED making sense for small displays like those found in smartphones. While it's exceptional for TVs, OLED can have image retention and smartphone OSes tend to have very static UIs and app icons. OLED is also less bright than LED-LCD (at the moment), and you want as much brightness as you can get for things like phones and tablets which people use outside in broad daylight.

OLED used to have the color gamut advantage, but with quantum dots and other workarounds, LCD can now output the same size gamut (DCI-P3). About the only thing which OLED trumps LCD is black levels, which for a phone isn't really a big deal IMO.

EDIT: Just to be clear, I'm not hating on OLED. I love OLED, and I own an LG C7 TV which is absolutely amazing. OLED is an incredible technology. It's just not suited for certain devices and use cases IMO. For phones at this current time, I'd rather have a non-OLED screen.
Score: 11 Votes (Like | Disagree)

Not clear from the article but it looks like the white subpixel replaces a coloured pixel. This results in a duller colour, as anyone with an LG RGBW television knows.

LG is known for hyping their 'energy saving' white subpixel panels but in reality they struggle to display colour and contrast properly. 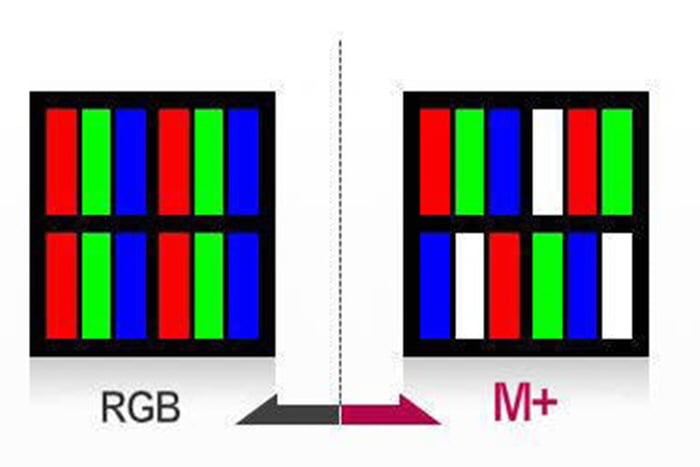 The real winner is microLED (can display as black as OLED and no burn in issue)
Score: 7 Votes (Like | Disagree)

itsmilo
Could not give a damn about OLED so I am fine with that :D I am probably one of the few who do not like those „tint..ish oilfilm“ looking OLED screens at all
Score: 6 Votes (Like | Disagree)

pete2106
I'll happily forgo an OLED screen and a stainless steel band if it makes the phone more affordable. I've been looking to upgrade my 6 Plus for a while now but couldn't justify the obscene price tag of the X.

I would be surprised at it only having one camera though. Don't they need two cameras to do all the AR depth perception? I would have thought that since Apple are going all in on AR, all phones going forward would have two cameras. Unless I'm wrong, maybe it does only need the one camera.
Score: 5 Votes (Like | Disagree)

citysnaps
I would not want to go back to a single lens rear camera, though. Have used the 2X camera on my X more than I expected.
Score: 5 Votes (Like | Disagree)
Read All Comments