Apple is said to be working on a revamped Files app, in-app tabs similar to the tabs that are available in macOS apps, support for using the same app side-by-side in Split View multitasking mode, and unspecified improvements to Apple Pencil. Some of this information was previously shared by Gurman in reports on Bloomberg, but details such as a revamped Files app are new. 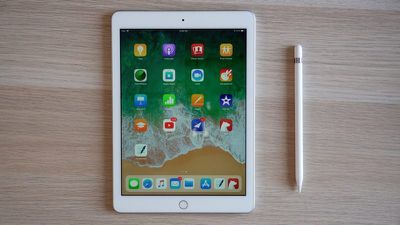 Gurman also previously said that some features originally planned for iOS 12 will be pushed back to iOS 13 to allow Apple to work on bug fixes and performance improvements. These features include a redesigned Home screen (which will include changes on the iPad) and a revamped Photos app.

Somewhat. iOS 13 “Yukon” will have a big iPad-focused feature upgrade as well, including an updated Files app. some other things in the works are tabs in apps like in MacOS, same app side by side, Apple Pencil stuff. The home screen redesign is iPad focused. — Mark Gurman (@markgurman) May 4, 2018

iOS 12, coming this year, will offer fewer new features than Apple had originally planned, but Gurman believes Apple will introduce at least one major change that also affects macOS 10.14 - support for cross-platform apps. Apple is said to be working to implement features that would allow apps designed for the iPhone and the iPad to run on the Mac, but there has been some disagreement over when this feature will debut.

Daring Fireball's John Gruber says Apple will not introduce this functionality until iOS 13 and macOS 10.15, so it is unclear if it will indeed be coming in iOS 12. Gurman does, however, often share accurate information on Apple's software updates ahead of their release.

Other features planned for iOS 12 include additional Animoji characters, a new Animoji interface and Animojis on iPad, FaceTime support for Animoji, updated parental controls with a new Digital Health tool to allow parents to better monitor screen time, a revamped Stocks app, an enhanced version of Do Not Disturb, and support for multiplayer augmented reality games.

Apple will unveil iOS 12, macOS 10.14, tvOS 12, and watchOS 5 at its upcoming Worldwide Developers Conference that kicks off on Monday, June 4. The first day will include a keynote event where Apple will share all of the new features coming in the software updates, and following the keynote, developers will be provided with access to the software to begin to prepare their apps ahead of a fall public launch.

btrach144
Can we please get multiple profile support? I shouldn’t have to buy an iPad for every person in my family.
Score: 42 Votes (Like | Disagree)

cmaier
iOS 13 will also be the release of iCloud iMessages.
Score: 28 Votes (Like | Disagree)

Can we please get multiple profile support? I shouldn’t have to buy an iPad for every person in my family.

iPads are not meant to be shared, this is not a wePad. The solution is simple, you just buy more iPads. Why, because apple loves money.
Score: 26 Votes (Like | Disagree)

nt5672
You know I could gain back some respect for Cook if he would get up on stage and simply say, "This years software will have better quality and that is our focus. Sure there are few new features, but most important is reliability and quality. So I'll turn it over to ?????? to show you the list of 12000 bug fixes we are releasing." Then leaves the stage.

But what I fear from Cook is more of the "Its incredible!", which in reality to normal people not trying to BS the market place is it's really not all that incredible, just a little different.

As a developer, I really want non-BS. So it would also not hurt my feelings if Cook skipped this years WWDC. That would be a big improvement.
Score: 23 Votes (Like | Disagree)

ButteryScrollin
sweet. Only 13 months until beta 1!
Score: 16 Votes (Like | Disagree)

motm95
Can we PLEASE have multiple DND profiles so I can have one schedule during the workweek and a different one on the weekend? That seems like it should take about 50 lines of code. Jeez.

C'mon Apple, steal this from Android for Pete's sake.
Score: 16 Votes (Like | Disagree)
Read All Comments

Thursday September 29, 2022 12:38 pm PDT by Juli Clover
Tony Blevins, Apple's vice president of procurement, is set to depart the company after he made a crude comment about his profession in a recent TikTok video, reports Bloomberg. Blevins was in a video by TikTok creator Daniel Mac, who was doing a series on the jobs of people he spotted with expensive cars. After seeing Blevins in an expensive Mercedes-Benz SLR McLaren, Mac asked Blevins what ...
Read Full Article • 674 comments