Apple CEO Tim Cook on Tuesday said AirPods continue to be "incredibly popular" and a "runaway hit" for the company. 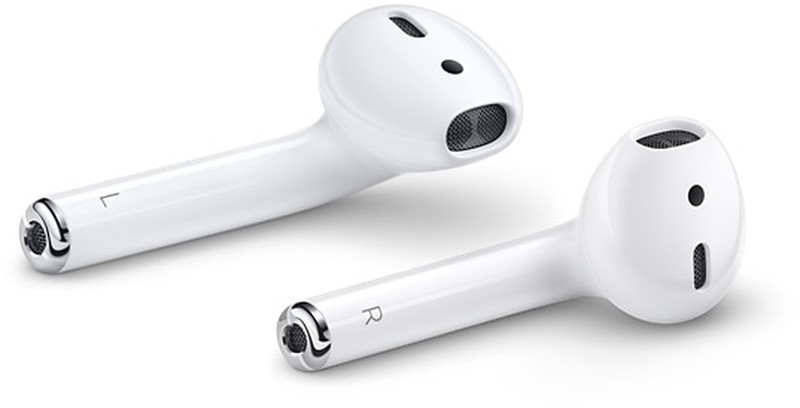 "AirPods are incredibly popular and we're seeing them in more and more places—in the gym, in coffee shops, wherever people are enjoying music on their Apple devices," said Cook, following Apple's earnings report. "This product is a runaway hit, and we're working hard to meet the incredible demand."

Apple does not disclose AirPod sales, and instead groups the wireless earphones into its broad "Other Products" category in earnings results, but there's at least a few reasons to believe they're very popular indeed.

For starters, Apple reported $3.9 billion revenue from its "Other Products" category in the March quarter, an impressive 38 percent increase over the year-ago quarter. Apple said its wearable and home products like the AirPods, Apple Watch, Apple TV, and HomePod accounted for over 90 percent of that growth.

Second, Apple said unit sales of both AirPods and the Apple Watch reached a new all-time high for the March quarter, without revealing specifics.

Third, since launching in December 2016, AirPods have rarely been in stock on Apple's online store. Orders placed today still face a one-week delivery estimate, suggesting Apple can't keep up with strong demand, may be experiencing mass production challenges, or some combination of those two factors.

Looking ahead, Apple plans to release a wireless charging case for AirPods to be used with its AirPower charging mat, slated for release in 2018. Beyond that, Mark Gurman reported that Apple may release new AirPods with "Hey Siri" functionality as early as this year, and a water-resistant pair as early as next year.

MrTemple
If they had rubber buds, I’d buy them in an instant. The hard plastic doesn’t sit in my ears well or comfortably.
Score: 14 Votes (Like | Disagree)

Relentless Power
Undoubtedly this product has been extremely successful. And I don’t think it’s just because of them being wireless, it’s also because of the technology (ease of Pairing, pulling one AirPod out to play/pause music, ect) , the battery life coupled with the convenience of portability with the charging case. I think something else worth noting, is compared to the competition, they are priced affordably. The sound is adequate, loud and crisp.
Score: 9 Votes (Like | Disagree)

They always have them on the shelf in my campus bookstore. Didn't think there was any shortage.

Perhaps not everyone is aware your campus bookstore sells them. Most who are interested or think to purchase the AirPods, likely flock to stores like Target, Best Buy or local Apple stores. (And of course online purchases.)
Score: 8 Votes (Like | Disagree)

Dave245
I’m not surprised, I’ve seen a lot of people with AirPods out and about in London including myself, they are a great little pair of earphones and very popular.
[doublepost=1525280833][/doublepost]

What a load of rubbish, no shortage, just not selling....just like the HomePod !

Have you been out recently? I see people with them on a daily basis, the AirPods are very popular!
Score: 7 Votes (Like | Disagree)


The only thing I’d want improved is battery life
Score: 7 Votes (Like | Disagree)

Jim Lahey
Airpods are fabulous. Particularly when used with an Apple Watch.
Score: 6 Votes (Like | Disagree)
Read All Comments

Thursday May 28, 2020 8:13 am PDT by Eric Slivka
With the release of macOS Catalina 10.15.5 and related security updates for macOS Mojave and High Sierra earlier this week, Apple is making it more difficult for users to ignore available software updates and remain on their current operating system versions. Included in the release notes for macOS Catalina 10.15.5 is the following:- Major new releases of macOS are no longer hidden when...
Read Full Article • 260 comments