Spectre variant 1 of the vulnerabilities will continue to be addressed in software, while Intel is implementing hardware-based design changes to offer future protection against Spectre variant 2 and Meltdown variant 3. 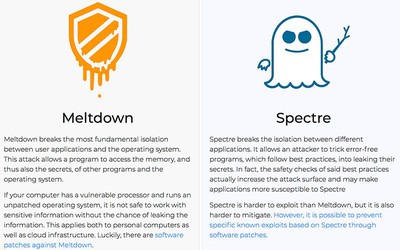 We have redesigned parts of the processor to introduce new levels of protection through partitioning that will protect against both Variants 2 and 3. Think of this partitioning as additional "protective walls" between applications and user privilege levels to create an obstacle for bad actors.

Intel's new Xeon Scalable processors and its 8th-generation Intel Core processors are expected to start shipping out to manufacturers in the second half of 2018.

Ahead of the hardware changes, Intel says that software-based microcode updates have now been issued for 100 percent of Intel products launched in the past five years, and all customers should make sure to continue to keep their systems up-to-date with software updates.

Apple began addressing the Meltdown and Spectre vulnerabilities back in early January with the release of iOS 11.2, macOS 10.13.2, and tvOS 11.2, which introduced mitigations for Meltdown. Subsequent iOS 11.2.2 and macOS High Sierra 10.13.2 Supplemental updates introduced mitigations for Spectre, as did patches for both macOS Sierra and OS X El Capitan in older machines.

Apple's software mitigations for the vulnerabilities have not resulted in any significant measurable decline in performance.

I was going to buy a new MacBook in January until all this came to light.

Wait, Idk there were different Meltdown and Spectre variants.

Yes because you both have super secretive data that everyone wants! :rolleyes:

It's a non issue for 99% of the world. Nobody is going to target the average person. There's nothing to gain. If I were going to exploit this flaw (which is pretty hard by the way), it would be on a Fortune 500 company, bank, intelligence agency or government agency that would net me something for my time and energy.

iReality85
Intel's 8th Generation is Coffee Lake, which is already released. So does this article mean 9th Generation?

EDIT: This article is poorly worded and needs to be revised, as it is incredibly confusing and misleading.

Brian Krzanich stated, "These changes will begin with our next-generation Intel® Xeon® Scalable processors (code-named Cascade Lake) as well as 8th Generation Intel® Core™ processors expected to ship in the second half of 2018." (emphasis mine)
Score: 7 Votes (Like | Disagree)

robotica
I was going to buy a new MacBook in January until all this came to light.

Saipher
Wait, Idk there were different Meltdown and Spectre variants.

Friday May 7, 2021 6:55 am PDT by Sami Fathi
According to Apple leaker Jon Prosser, Apple's upcoming release of the MacBook Air will feature various colors, similar to the colors in the newly released 24-inch iMac. In the latest video of his YouTube channel Front Page Tech, Prosser says the same source who accurately provided him information on the first Apple silicon iMac coming in colors has told him that he recently saw a prototype...
Read Full Article • 335 comments