To demonstrate how the iMac Pro is the most powerful Mac ever, Apple recently invited a group of filmmakers, CG artists, and graphics designers to create a series of short films using its advanced technologies.

From concept development through final preparations for render, Apple says the iMac Pro was at the center of the creative work. The fine print does note that additional equipment was used for final rendering of 3D content. 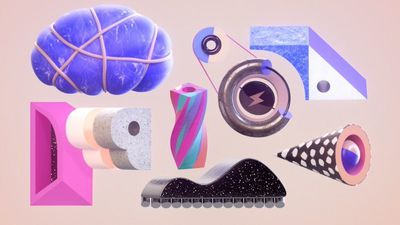 Each film is accompanied by a behind-the-scenes video showing how the iMac Pro fit into the creative process, alongside a list of software tools used and testimonials about how great the iMac Pro is. Apple hasn't shared the films on its YouTube channel yet, so it's unclear if they'll double as TV ads.

Watch the Films: "iMac Pro: The most powerful Mac ever. Pushed to the limits."

Update: Apple has now uploaded some of the videos to its YouTube channel.

So they needed to use something even more powerful than the most powerful Mac ever?

Also, how much more powerful than this beast will the future Mac Pro need to be?
Score: 10 Votes (Like | Disagree)

era86
Of course everything new will always be the most powerful Mac ever, if you only ever compare your own products. Marketing wank.
Score: 9 Votes (Like | Disagree)

CPU may last 7 years, but displays last more than 20 years.

Yeah. I wish i could connect my crt green phosphor monitor to my mac dude. Good idea. Do you specialize in marketing?
Score: 7 Votes (Like | Disagree)

4jasontv
Guys. Come on. It’s gray. Gray is a more than a dark silver. It’s the most powerful color Apple has ever used.
Score: 6 Votes (Like | Disagree)

now i see it
Rendering 3D animations is never done on the design workstation (by professionals). Rendering animations takes forever. It's typically done over the network via banks & banks of mega core Windows based servers.
Score: 5 Votes (Like | Disagree)
Read All Comments