- Apple Watch soon available through UnitedHealthcare Motion: Apple Watch will be integrated into the wellness program, which provides participants with an eligible plan access to activity trackers that can enable them to earn up to $1,000 in incentives per year by meeting certain daily walking goals. 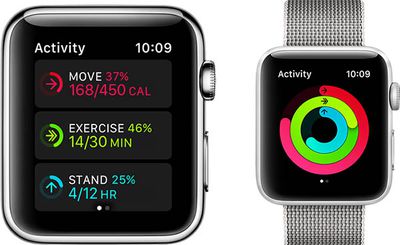 Select program participants will have access to an Apple Watch starting in July, with full availability later this year. The cost of shipping and taxes on the Apple Watch is due upfront, and then participants can apply their earnings towards paying off the cost of the device in as little as six months.

UnitedHealthcare Motion is available to employers with self-funded and fully insured health plans nationwide. The program enables employees to earn up to $4 per day in financial incentives based on achieving F.I.T. goals:

Commentary: UnitedHealthcare should benefit from offering this program in the long-run by encouraging its customers to live more active lifestyles, ideally resulting in fewer health insurance claims being filed. Similar programs are offered by life and health insurance providers John Hancock and Vitality.

- Universal announces Jurassic World Alive: The augmented reality game enables players to collect a variety of dinosaurs while exploring their own neighborhoods and cities around the world. Players discover dinosaurs by locating them on a map and deploying an in-game drone to collect DNA samples.

- Ireland chooses Bank of New York Mellon to manage Apple's escrow fund: The European Commission ruled in August 2016 that Apple received illegal state aid from Ireland, and ordered the country to collect 13 billion euros (currently $16 billion) in back taxes from the iPhone maker.

Commentary: The Bank of New York Mellon will hold the funds while Apple and Ireland both appeal the decision before the European General Court. Apple expects the amount will be reported as restricted cash on its balance sheet.

- Macintosh Portrait Display released on this day in 1989: The 15-inch display was released for $1,099 alongside the Macintosh IIcx. The grayscale monitor featured a vertical orientation designed to show full pages on a single screen, making it useful for desktop publishing.

Commentary: Apple discontinued the Macintosh Portrait Display in late 1992, but tech specs are still available on its website for those who want to take a trip down memory lane. Nowadays, we wait for Apple to deliver on its promise of a new pro display to succeed the nearly seven year old Thunderbolt Display.

- Macintosh Portrait Display released on this day in 1989 ('https://www.cultofmac.com/469981/today-in-apple-history-remember-the-macintosh-portrait-display/'): The 15-inch display was released for $1,099 alongside the Macintosh IIcx. The grayscale monitor featured a vertical orientation designed to show full pages on a single screen, making it useful for desktop publishing.

Portrait orientation is underrated. It's really useful for writing to be able to see a couple pages at once, since most software still doesn't support side-by-side page layout very well.
Score: 4 Votes (Like | Disagree)

SeattleMoose
I was at an Aerospace company that was 100% Mac in 1989-1995. Some had this model but most had the regular all-in-one Macs. After that the "pizza box" models with separate displays started coming out. I did a lot of heavy dBase work that involved setting up algorithms to crunch data that took the whole night. 10 years later (circa 2005) I was using the same App/Data and what took 12 hours was improved to just minutes to a half hour. It was amazing from 1985 to 2005 how CPU/Storage/Display improved almost yearly. Computer technology was on a wild ride up in performance in those days. And here we are 13 years after that with CPU rates that haven't changed much in the last decade and storage that has gone up at a much slower pace. The revolution has been in Apps and GUIs and portable electronics...great strides there.
Score: 4 Votes (Like | Disagree)

We could have a portrait display today, if OS X were able to extend its desktop to the iPad Pro decently...

I have two portrait oriented displays attached to my iMac right now.
Score: 3 Votes (Like | Disagree)

macduke
FINALLY these companies are getting it.

I have United Health Care and my work itself already offers some benefits such as $450 in cash incentives for completing certain health related challenges and training throughout the year. It's fairly easy to do but has gotten slightly more difficult each year since inception a few years ago. The first year it was available I used that to fund my first Apple Watch. Subsequent years I put it towards other tech gear. This year it's going towards an Apple Watch Series 4 to replace my Series 0 that has gone downhill in battery life.

I wonder if I'll be able to combine this new $1000/yr thing with my work incentive, or if this will replace it. Either way it's great news. I easily hit these goals all the time (unless it's really cold or really hot outside or I'm sick) and I don't even consider myself to be very fit. But I'm getting better and have lost 30lbs by walking more each day, increasing fiber intake and cutting some calories at lunch time. I have 20lbs left to go before my doctor says I'm in a healthy weight zone. But I already feel a big difference this year coming out of winter and able to more quickly get back to my pre-holiday weight with an extra spring in my step. I thought I was doomed to declining health for the rest of my life but Apple Watch helped me turn that around. It's a lifesaver.
Score: 2 Votes (Like | Disagree)
Read All Comments