HomePod acoustic tests performed by Fast Company and published Tuesday appear to support Apple's claim that algorithms built into the smart speaker make it capable of distributing sound evenly throughout a room.

According to Apple's marketing material, music played on HomePod is evenly distributed so that it sounds similar regardless of where the listener is standing or sitting in the room. Apple also claims that HomePod's output remains consistent wherever it is placed in an environment, thanks to sophisticated always-on sound processing algorithms. 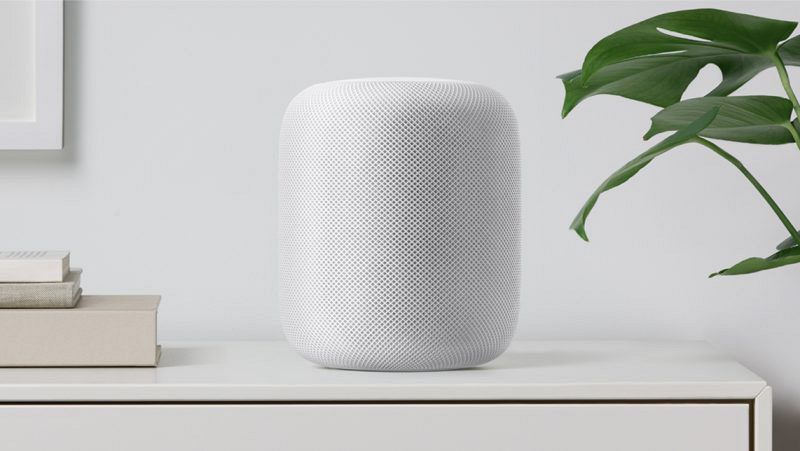 HomePod uses its six-microphone array to record the behavior of the sound waves emitted by the speakers, while the algorithms analyze the incoming data to adjust the output of the speakers and deliver a consistent representation of a piece of music throughout the listening environment. Another microphone deeper inside the HomePod picks up the presence of walls and other large objects that might interfere with the distribution of certain sounds, like the long sound waves of bass notes, and the algorithms adjust the output accordingly.

To test the claim, a HomePod was placed on a 30-inch high table by a wall and a white noise test sound was played through it that produces an equal amount of decibels throughout the frequency spectrum. This output was recorded from four locations in the room, and then each sound profile was compared to see how much variation occurred across the full frequency spectrum. The testing gear used in the experiment was loaned by Liechtenstein-based acoustics company NTi Audio AG.

According to Brian MacMillan of NTi Audio AG, which provided the testing gear used in the experiment, the HomePod's profile changed very little, with an average variance of less than 0.95 decibels across all audible frequency bands, which is considered below the threshold that can be heard by a human ear. Comparatively, the test team saw considerably more output variation from a Harman Kardon Invoke speaker, which had an average variance of 3.4 decibels.

In short, Apple's claim that the HomePod can deliver a consistent representation of a piece of music throughout the room looks truthy.

"The developers have done an excellent job of having the HomePod adjust to the room; (it has) impressive consistency in overall level and frequency response," said NTi's MacMillan.

The HomePod's sound has received praise by both new HomePod owners and media sites that tested the device ahead of its release, although Consumer Reports' doesn't believe the HomePod outshines the Google Home Max and the Sonos One. Other reviews have disagreed with that analysis, including an extensive, in-depth review published by a self-professed audiophile on Monday.

MacRumours, ffs, will you please stop hyping this thing up. It's a smart speaker with all those limitations. End of story.

They're not hyping it, they're sharing information about people who have tested it. Personally I found this article really interesting about the sound distribution.

If it was a crap product with terrible reviews then MR would be sharing those too - just because you don't like it doesn't mean positive feedback is artificial hype.
Score: 42 Votes (Like | Disagree)

It doesn’t really matter what Apple wants to classify it as. To consumers and reviewers, it has all the features of today’s smart speakers except more limited. It’s closer to a smart speaker than anything else.

As a studio producer, no it is not. It is as close to a reference speaker than a smart speaker. It does add some color to the sound, so it’s not going to be my flat reference speaker, although I’ve always preferred headphones for that anyway.

The speaker will continue to get smarter, but it’s always going to sound about the same. For what it’s worth, I have one, and my studio could use at least 3 more. That wouldn’t be true of any other smart speaker on the market.

Consumers are a wide market. This is why a variety of products can exist.
Score: 17 Votes (Like | Disagree)

MacRumours, ffs, will you please stop hyping this thing up. It's a smart speaker with all those limitations. End of story.

You don't understand the story and haven't been paying attention. Apple has said again and again that this is a music device. Smart speaker isn't one they use in describing it. They've actually gone out of their way to avoid lumping it into that designation. It's all about music. 95% of the keynote announcing the HomePod was about music. 95% of the Apple webpage for HomePod is about music. All of the interviews they've done about the product have focused on music and sound quality.

How much more clearly does Apple have to put it for you to finally understand that this thing is all about music, not about being a lowly smart speaker?
Score: 16 Votes (Like | Disagree)

The constant discussions about this thing are starting to get old.

But all the reader complaints about macrumors writers covering new Apple products never get old.
Score: 12 Votes (Like | Disagree)

MacRumours, ffs, will you please stop hyping this thing up.

Like when they posted that Consumer Reports review yesterday saying two other speakers sounded better?
Score: 10 Votes (Like | Disagree)
Read All Comments

Thursday April 2, 2020 8:10 pm PDT by Joe Rossignol
Another clue has surfaced to suggest that Apple's rumored lower-cost iPhone SE successor will likely be released soon. Earlier today, a product listing for a Belkin screen protector on Apple's online store was updated to reflect compatibility with not only the iPhone 7 and iPhone 8, but also the iPhone SE. Given the original iPhone SE was a 4-inch device, and the iPhone 7 and iPhone 8 are...
Read Full Article • 122 comments