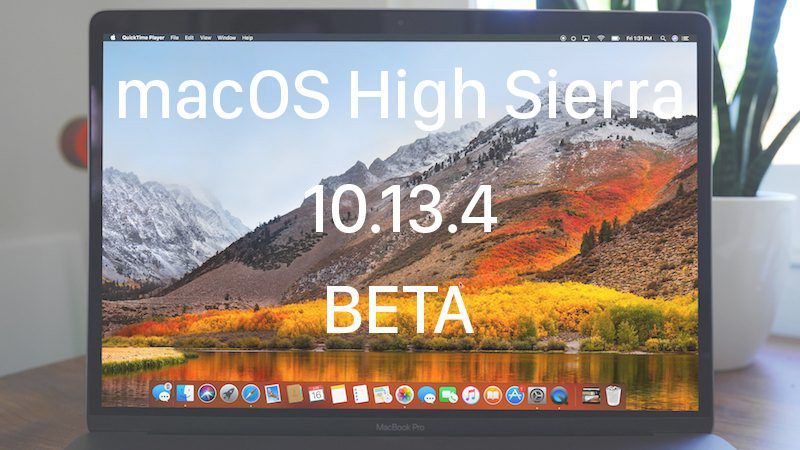 It's not yet clear what improvements the fourth official update to macOS High Sierra will bring, but it's likely to include bug fixes and performance improvements for issues that weren't addressed in macOS High Sierra 10.13.3. It may also include some of the features that are coming in iOS 11.3, such as support for Business Chat and unlimited ad-free access to music videos in Apple Music, which Apple says will be the new "home" for music videos.

According to Apple's release notes, macOS High Sierra 10.13.4 will begin sending warning notes when you open up a 32-bit app in preparation for phasing out 32-bit apps on the Mac. At this time, you'll see one warning letting you know that a Mac app is 32-bit, and it will popup when you open the app after installing the macOS High Sierra 10.13.4 update.

macsba
Well, Preview is screwed up. Displays images as scrambled. You can disable the 32 bit apps like this in terminal:

Boot to Recovery OS by restarting your machine and holding down the Command and R keys at startup.

Now in terminal use this:

EDIT: The commands for enabling and diabling 32 bit apps have been corrected thanks to GDP3.

Well, Preview is screwed up. Displays images as scrambled.


Same issue although I'm just getting a blue box when using preview. Has no one else noticed this?
Rating: 2 Votes

lunarworks
Still no APFS on Fusion Drives? They're having quite some difficulty with that. :/
Rating: 2 Votes

Same thing going on here, and I too am running an old version of iStat Pro haha. I hope that doesn't go way.

Yeah - I like having it in Dashboard, and I'm a cheapskate who doesn't want to pay for iStat Menus :P.
But if it goes I'll be fine. I'll just use htop for my quick system overview, and MacsFanControl for sensor readings.
Rating: 1 Votes

petsounds
I remember the days when there were reasons to be excited about macOS releases. Even the lowly tvOS got new features, but the Mac just gets maintenance mode now.
Rating: 1 Votes

The X Terminal worked out my issues with piping mdfind anyways, so yeah, try it!

I generally don't use tabs, no. I just open up more windows.


Thanks for the tips!
Rating: 1 Votes
[ Read All Comments ]