If you have a damaged iPhone 6 Plus that qualifies for a whole-device replacement, Apple may replace it with an iPhone 6s Plus through March, according to an internal document distributed to Apple Authorized Service Providers today. 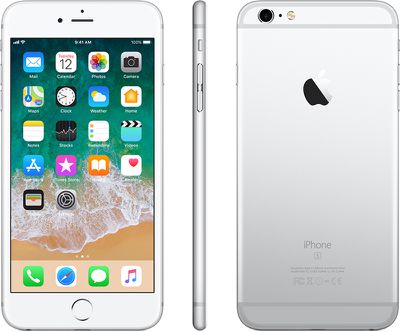 Apple specifically states that "orders for whole unit service inventory of some iPhone 6 Plus models may be substituted to an iPhone 6s Plus until the end of March 2018." MacRumors confirmed the memo's authenticity with multiple sources, who requested to remain anonymous due to their positions.

Apple doesn't specify which iPhone 6 Plus models are eligible, nor does it provide a reason for the substitution, but it likely relates to Apple's shortage of iPhone 6 Plus replacement batteries until late March to early April.

A previous internal document obtained by MacRumors states that Apple no longer manufactures the iPhone 6 Plus, so it likely has to reboot its production lines to replenish its supply of both the device itself and batteries, which would certainly take time. Apple did not respond to our request for comment.

It's possible that some customers who have visited a Genius Bar recently opted for a whole-device replacement rather than waiting until March or April for a new battery, which may have depleted the little supply of iPhone 6 Plus replacement units that Apple had, but this is only speculation on our part.

Apple and most Apple Authorized Service Providers can replace an iPhone's display, battery, speakers, rear camera, or Taptic Engine individually, while a defective Lightning connector, faulty logic board, and most other repairs are generally eligible for a whole-device replacement, our source said.

Your mileage may vary depending on the exact damage to your iPhone and the results of Apple's diagnostic tests. Apple Support can be reached on the web or by scheduling a Genius Bar appointment. Apple Authorized Service Providers can be searched for on Apple's Find Locations page under Service & Support.

What makes you guys think it has anything to do with the ‘battery replacement’ issue going on??? It could possibly JUST mean that they are VERY low in certain stock of 6plus models.... and maybe a surplus of 6s plus....???!!! Have you ever just sat and thought about how many different models of iphones are STILL in production???? You have almost almost a dozen, and then you have different colors, different memory amounts......
Just be F@@@kin happy With the newer model or upgrade if you will!!!!!!
Score: 8 Votes (Like | Disagree)

ACG12
They should've automatically upgraded ALL 6 Plus owners after selling us that under powered, cheaply built trash we spent a lot of money on. Nope, instead they gave us another one and demanded $150 more...
Score: 7 Votes (Like | Disagree)

MacGod
Got a 6 PLUS sitting in a drawer with the TOUCH DISEASE IC issue. The phone was replaced twice by APPLE and still has the same issue - each replacement (paid to apple) has failed. May bring this device in for another swap to a 6S which is more sturdy and less prone to the IC issue...
Score: 6 Votes (Like | Disagree)

"This issue"? What issue would that be?

Did you read the part about this being for people who require "whole device replacement"?
Score: 6 Votes (Like | Disagree)
Read All Comments