Streaming music service Tidal is facing money problems and could run out of working capital within the next six months, according to a report this week by Norwegian newspaper Dagens Næringsliv (via The Verge). The report stated that the money issues likely stem from Tidal's user growth, which is said to have "stalled" recently.

Sprint bought a 33 percent stake in Tidal this past January, and at the time Jay Z’s business partner and Roc Nation Sports president Juan Perez mentioned that the carrier's investment gave Tidal "sufficient working capital for the next 12-18 months." The Jay Z owned service is said to have lost around NOK$368 million (around $44 million) before taxes in 2016, and Tidal reportedly claims that it will break even and achieve profitability in mid-2018. 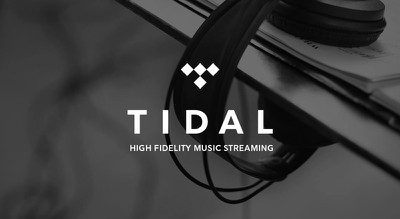 Regarding the new claim of Tidal's money and subscriber problems, a company spokesperson told The Verge the following: "We have experienced negative stories about Tidal since its inception and we have done nothing but grow the business each year."

It isn't clear exactly how many people are subscribed to Tidal since the service has refrained from releasing such a count following the Sprint deal. At that time, Dagens Næringsliv again reported on Tidal, this time focusing on a claim that it was inflating subscriber numbers as far back as when Jay Z acquired it in 2015. The newspaper said it obtained internal reports from Tidal that showed it had 350,000 subscribers in September 2015, at which time Jay Z said it had gained 1 million subscribers.

Subsequent inflation numbers surfaced in March 2016, and afterwards the company hasn't provided any data regarding the amount of its subscriber base. As a point of comparison, Spotify remains in the lead for music streaming services with over 60 million paid subscribers as of July, while Apple Music follows with over 30 million as of September.

asdavis10
I think many people signed up for the Tidal trial at certain exclusive launch periods, but few stayed on for the subscription. It's an expensive service for casual music listeners who don't care about hi-fidelity music. I don't even think it makes sense for an Apple acquisition. Just let the service shutter and get some of their subscribers for free.
Score: 10 Votes (Like | Disagree)

HenryFSU
Tidal is expensive, but if you appreciate lossless music, they are pretty much the best at this game. If Apple ever got into the lossless music streaming business, then Tidal would fold for sure.
Score: 8 Votes (Like | Disagree)

simonmet
This is disappointing to hear but it sounds like they’re not in immediate danger of collapse. I’ve been a Hi-Fi subscriber for most of the past year and though it has some bugs and quirks the app is still way nicer to use than Apple’s Music.

I agree that if Apple went lossless they’d effectively kill Tidal. It seems like a no-brainer for them to do so so I can’t understand why they haven’t. It’s often been suggested that Apple even buy Tidal, not that I can see this happening.

An added bonus if Apple went lossless is my carrier lets me stream Apple Music for free so I’d love the opportunity to stream Apple’s entire catalogue in lossless without draining my cellular data cap.
Score: 7 Votes (Like | Disagree)

Kaibelf
I think Tidal's message was off from the beginning. If they focused on it being an exclusive club that gets early access to top artists, fine. However, they had their coming out party with a stage full of people like Jay-Z, Kanye, Deadmaus, and others who are incredibly wealthy and successful talking about how it would make sure they got paid.

In the end, for a new artist the number of users who may hear them is what ultimately matters, so it made NO sense to hitch their wagon to a limited service where the main draw was streaming rights for artists that were so successful that they would dominate all content delivery.
[doublepost=1513180248][/doublepost]

I think many people signed up for the Tidal trial at certain exclusive launch periods, but few stayed on for the subscription. It's an expensive service for casual music listeners who don't care about hi-fidelity music. I don't even think it makes sense for an Apple acquisition. Just let the service shutter and get some of their subscribers for free.

Did you clear this sentence with Kanye? :eek:
Score: 5 Votes (Like | Disagree)
Read All Comments

Friday July 10, 2020 11:12 am PDT by Juli Clover
Apple this month published a support document that warns customers against closing their Mac notebooks with a cover over the camera as it can lead to display damage. Image via Reddit Apple says that the clearance between the display and the keyboard is designed to very tight tolerances, which can be problematic. Covering the camera can also cause issues with automatic brightness and True Tone....
Read Full Article • 332 comments

Saturday July 11, 2020 1:42 pm PDT by Arnold Kim
Casual MacRumors visitors may not realize that we have a very active PowerPC forum where users discuss issues related to PowerPC Macs that have not been produced since 2006. Threads range from hardware upgrades and software options to nostalgia: Photo by AphoticD Apple's recently announced transition to Apple Silicon (Arm) based Macs raised some interesting questions about future support...
Read Full Article • 105 comments

Tuesday July 7, 2020 6:49 pm PDT by MacRumors Staff
Apple is planning on launching the iPhone 12 this fall which is rumored to be coming in 3 different sizes: 5.4", 6.1" and 6.7". The middle size (6.1") matches up with the currently shipping iPhone 11, but the other two sizes will be entirely new. Over the weekend, there was some excitement about how well the new 5.4" iPhone 12 compares to the original iPhone SE. Those who have been hoping...
Read Full Article • 152 comments

Apple Not Expecting U.S. Offices to Return to Normal in 2020, Encourages Retail Staff at Closed Stores to Work Remotely