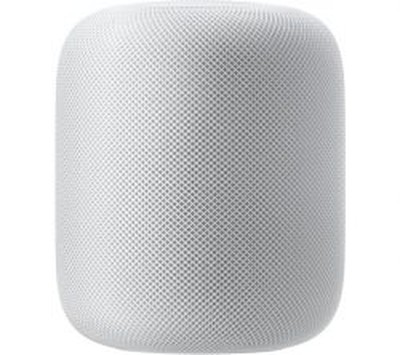 Apple today announced it has delayed the release of the HomePod until early 2018. The speaker was originally set to launch in December.

In a statement provided to MacRumors and other media outlets, Apple said it needs "a little more time" before the HomePod is ready.

We can't wait for people to experience HomePod, Apple's breakthrough wireless speaker for the home, but we need a little more time before it's ready for our customers. We'll start shipping in the US, UK and Australia in early 2018.

Apple's definition of "early" in a year is generally January through April. Apple did not provide a specific reason for the delay.

Apple unveiled the HomePod at its Worldwide Developers Conference in June. At the time, Apple said the speaker would launch in December for $349, starting in the United States, United Kingdom, and Australia.

HomePod is the first Apple product delayed since the AirPods in October 2016. At the time, Apple also said it needed "a little more time" before the wireless headphones were ready. AirPods eventually launched in December 2016.

HomePod also serves as a "Hey Siri" assistant and HomeKit hub. The high-fidelity speaker is equipped with spatial awareness and Apple-engineered audio technology, including a seven‑tweeter array and high-excursion woofer, and is powered by Apple's A8 chip. A firmware leak reveals it likely has 1GB of RAM.

Mjmar
Hahaha why did they announce this at WWDC?
Score: 67 Votes (Like | Disagree)

Hahaha why did they announce this at WWDC?

To lock out competitors.

"Honey, let's buy a Sonos spea... wait, let's wait until Christmas, Apple will have the Homepod."
Score: 49 Votes (Like | Disagree)

Gorms
Do you think they finally noticed the problem of defining which device the user was trying to use when you say "Hey Siri" in a house with more than one Apple product?
Score: 47 Votes (Like | Disagree)

berrymetal
I bet iMac Pro will be delayed, too.
Score: 43 Votes (Like | Disagree)

BlendedFrog
Who cares about HomePod...I just want iMessage in the Cloud. iOS 11.1.2 is out and 11.2 is just about ready and it is still a no show.
Score: 33 Votes (Like | Disagree)
Read All Comments

Wednesday June 16, 2021 10:49 am PDT by Juli Clover
Apple CEO Tim Cook this morning participated in a virtual interview at the VivaTech conference, which is described as Europe's biggest startup and tech event. Cook was interviewed by Guillaume Lacroix, CEO and founder of Brut, a media company that creates short-form video content. Much of the discussion centered on privacy, as it often does in interviews that Cook participates in. He...
Read Full Article • 331 comments

Friday June 18, 2021 9:41 am PDT by Sami Fathi
After a long wait, YouTube for iOS is officially gaining picture-in-picture support, allowing all users, non-premium and premium subscribers, to close the YouTube app and continue watching their video in a small pop-up window. In a statement to MacRumors, YouTube says that picture-in-picture is currently rolling out to all premium subscribers on iOS and that a larger rollout to all US iOS...
Read Full Article • 153 comments

Friday June 18, 2021 6:59 am PDT by Sami Fathi
Apple supplier TSMC is preparing to produce 3nm chips in the second half of 2022, and in the coming months, the supplier will begin production of 4nm chips, according to a new report from DigiTimes. Apple had previously booked the initial capacity of TSMC's 4nm chip production for future Macs and more recently ordered TSMC to begin production of the A15 chip for the upcoming iPhone 13,...
Read Full Article • 130 comments