Apple today celebrated the launch of the new iPhone X by sharing some images of customers around the world buying and trying out the smartphone for the first time. 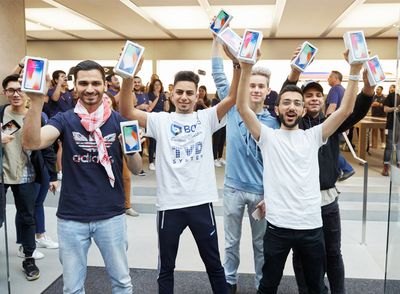 Apple Store, Fifth Avenue, New York (Image: @jonfortt)
Initial demand for the smartphone appears to be strong, with long lines forming outside Apple Stores around Europe, Asia, and Australasia, following advice from the tech giant that people get to stores early if they want to be in with a chance of purchasing the smartphone on launch day.

Apple Store, Tokyo
Large queues have been seen in Singapore, Madrid, Amsterdam, Belfast, Edinburgh, and Liverpool. Outside the Apple Store in Regent Street, London, a line of several hundred people snaked right around the corner. Stores are just now beginning to open in the U.S., where queues were sighted across the country overnight and have been growing ever since.

Apple Store, Shanghai
The only exception seems to be in Belgium and France, where due to anti-terrorism restrictions, Apple is not selling the iPhone X to customers there without a pre-order or pickup reservation.

Meanwhile, customers in New Zealand and Australia were first to receive their shipped iPhone X pre-orders today thanks to time zone differences, and now customers across Asia and Europe have been following in kind.

Pre-order delivery in the U.K. (Image: MacRumors reader Stormchasejg)
In the United States, the first iPhone X deliveries will take place on the east coast starting at 8:00 a.m. iPhone X pricing starts at $999 for the 64GB model, with the 256GB model priced at $1,149.

Stay tuned to MacRumors for more coverage of the iPhone X launch throughout the day.

Not picking on you, but why congratulate someone for choosing to buy something? I see this a lot with regards to the iPhone. I don't hear people congratulating someone when they buy a new refrigerator or a TV. New toaster? Congratulations!! People somehow relate new iPhone owners with lottery winners or those couples having a baby or getting married, graduating college or some other positive life changing event. Is choosing to spend >$1000 on the iPhone worthy of congratulations? ;)

I’m congratulating him on successfully acquiring something he was looking forward to having that can be hard to get on launch day. And I do congratulate friends and family when they get new toasters and TVs. I grew up on the cusp of poor in a poor neighborhood where families even worse off than mine had very little. My mom came up from ragged poverty that was so bad her younger brothers almost went blind from malnutrition during a period spent as war refugees and their stories made a huge impression on me, growing up. So there is in my psyche an innate sense of gratitude and celebration for anything that goes even remotely well, even if it’s for someone else. Heck, especially for someone else. When you’re happy for someone else, it lifts up your own spirit up twofold, I think.

So whenever someone gets something nice, especially when the circumstances are unexpected but welcome, we celebrate. I tend to celebrate anything good, positive, fun. I’m NOT getting an iPhone X for myself today. My husband is, it’s his birthday present. I’m happy for him, too.

Yes this is a celebration of material gain, but we celebrate spiritual things in my family, too. When I depart this earth someday, I hope one thing I leave behind for people to remember me by is that I lived my life in gratitude and appreciation for every blessing, and even every lesson.
Score: 26 Votes (Like | Disagree)

Trusteft
Anyone else find this whole thing hilarious?
Score: 24 Votes (Like | Disagree)

_Refurbished_
LOL at the shot of the guys buying two each. They’re just happy to sell those bad boys. 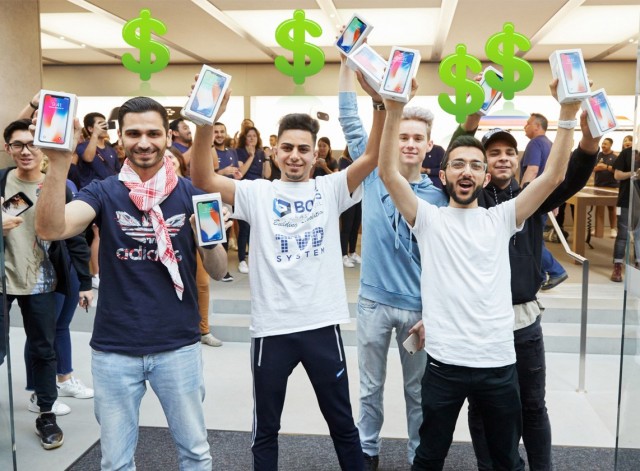 Update: Image updated to include their true colors
Score: 20 Votes (Like | Disagree)

djcerla
I also celebrated when I found out my iPhone X perfectly unlocks with FaceID in full, bright daylight. Perfectly.
Score: 16 Votes (Like | Disagree)

I just can't get on the tablet/phone train. I have an iPhone, provided by work, and it has maybe 10 apps loaded. I read on my iPad by borrowing books from the library. It serves no other function.

I don't foresee ever buying another iPad and a flip phone is all I need for text/calls.

ugahairydawgs
So from Apple's link (https://www.apple.com/newsroom/2017/11/iphone-x-arriving-in-stores-around-the-world/) I saw this picture. 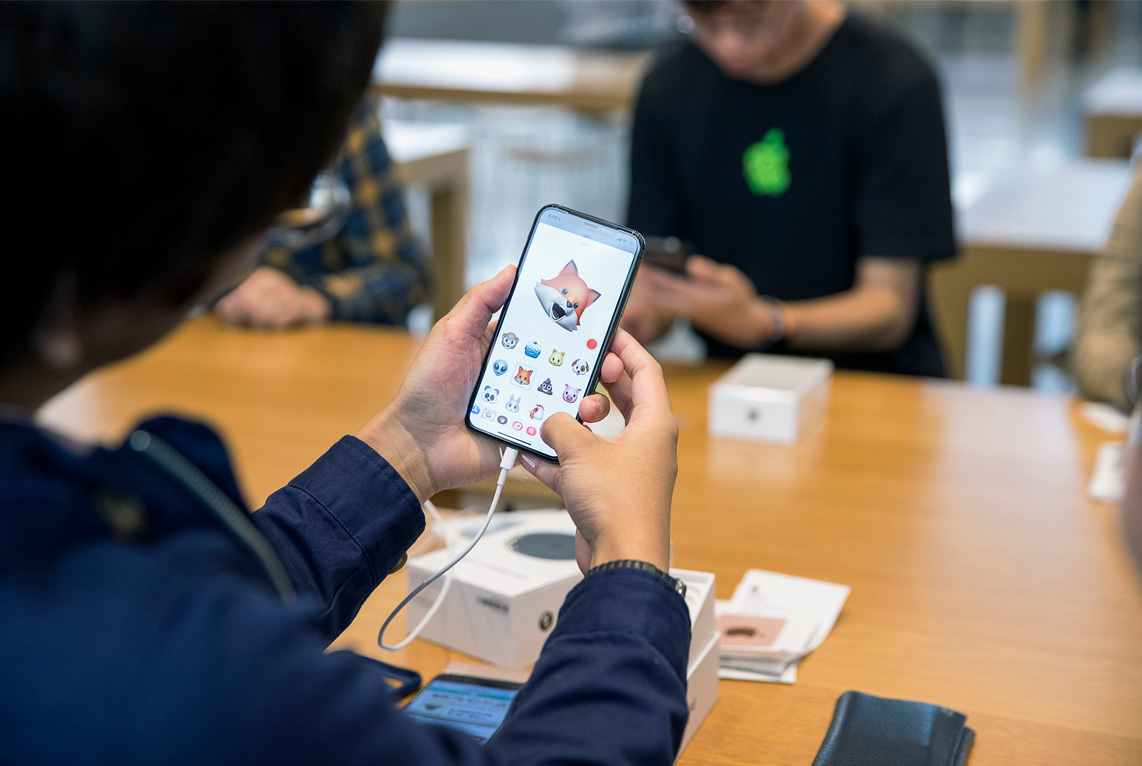 Did they Photoshop out the notch?
Score: 10 Votes (Like | Disagree)
Read All Comments