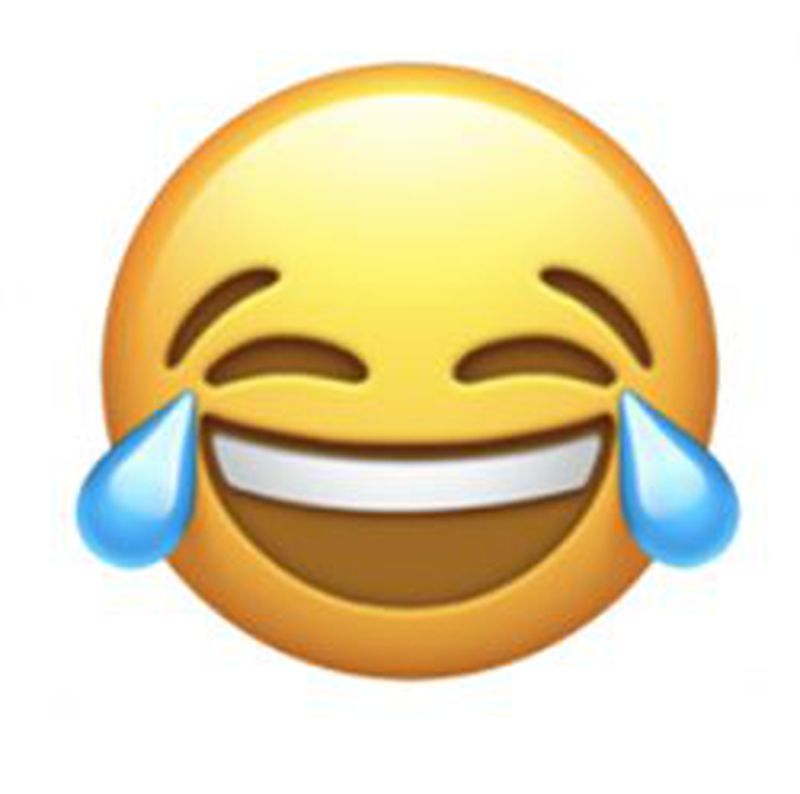 Apple has revealed that "face with tears of joy" is the most popular emoji among English speakers in the United States.

Apple's chart isn't labeled, much to the disappointment of anyone who was desperately seeking emoji statistics.

Apple's list of the top 10 emoji is mostly consistent with public data available from Emojipedia and EmojiTracker, with the skull being an exception, according to Unicode's Emoji Subcommittee vice-chair Jeremy Burge.

Apple shared the chart in a recently published overview of its differential privacy technology on macOS Sierra and iOS 10 and later, which allows the company to collect and aggregate anonymized data from a large number of users while preserving the privacy of individual users.

The differential privacy technology used by Apple is rooted in the idea that statistical noise that is slightly biased can mask a user's individual data before it is shared with Apple. If many people are submitting the same data, the noise that has been added can average out over large numbers of data points, and Apple can see meaningful information emerge.

Apple says it uses local differential privacy to help protect the privacy of user activity in a given time period, while still gaining insight that improves the intelligence and usability of iOS and macOS features such as:

Apple has specifically developed a technique known in the academic world as "local differential privacy":

Local differential privacy guarantees that it is difficult to determine whether a certain user contributed to the computation of an aggregate by adding slightly biased noise to the data that is shared with Apple. But before adding this noise, it's necessary to define a data structure that captures a sketch of user input with a small number of bits. Apple currently makes use of two specific techniques.

Apple's differential privacy overview provides many more technical details about the technology, including info about the Count Mean Sketch technique that allows Apple to determine the most popular emoji.

FCX
In other news, Apple knows which emoji everyone uses with their end-to-end encrypted software.
Rating: 13 Votes

MrGimper
After reading this "news" I think the Facepalm emoji may become more popular...
Rating: 8 Votes

japanime
LOL at anyone who uses emoji. :D
Rating: 7 Votes

In other news, Apple knows which emoji everyone uses with their end-to-end encrypted software.

In totally unrelated news, Apple has been practicing differential privacy for some time now.
Rating: 7 Votes

dwaltwhit
"Apple's chart isn't labeled, much to the disappointment of anyone who was desperately seeking emoji statistics."

Johnny Vegas
In my social circle the 'thumbs up' is the most popular by far. I was honestly surprised to not see it listed.
Rating: 5 Votes

Eduardo1971
Excited that it wasn’t the poop emoji!!!
Rating: 4 Votes

alex00100
Wow they care so much about our privacy they collect our messages. Cool.
Rating: 4 Votes

whiteonline
Came here for the snark, and found the above comments. Now I understand Apple's focus on emoji.

(No offense intended to the forum members)
Rating: 4 Votes