Apple has reportedly acquired or at least hired some talent away from InVisage, according to the blog Image Sensors World. The report, citing two unnamed sources, claims the deal was closed in July of this year. 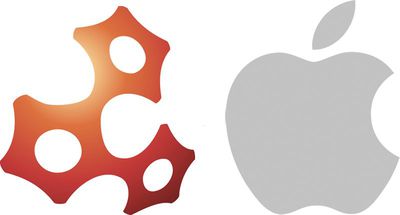 Beyond the sources familiar with the matter, there are only subtle clues that Apple may have scooped up InVisage.

Image Sensors World, for example, highlighted that InVisage is no longer listed as a current investment in the portfolios of venture capital firms Nokia Growth Partners and InterWest Partners.

InVisage also removed a news page and a list of employee profiles from its website, compared to an archived version from February. Many companies acquired by Apple in the past have simplified or even removed their websites.

LinkedIn lists at least six Apple employees who previously worked at InVisage, although only two joined the company this year. One employee joined Apple as a hardware engineer in July, the same month as the rumored acquisition.

InVisage also filed to register a manufacturing subsidiary in June with the state of California, where the company is headquartered, but it later surrendered the request and the entity was legally dissolved in early October.

InVisage, founded in 2006 and based out of Newark, California, has developed new image sensor architecture with a dedicated QuantumFilm layer that can maximize a smartphone camera's light sensing capability.


The company's website says QuantumFilm pixels have over three times higher dynamic range, allowing users to capture "supremely detailed images in almost any lighting condition where there is bright sky."

QuantumFilm is a photosensitive layer that relies on InVisage's newly invented class of materials to absorb light; specifically, the new material is made up of quantum dots, nanoparticles that can be dispersed to form a grid once they are synthesized. Just like paint, this dispersion of solid materials can be coated onto a substrate and allowed to dry.

InVisage's technologies could certainly be implemented as part of annual improvements to iPhone and iPad cameras.

Update: Apple has confirmed its acquisition of InVisage in a statement provided to TechCrunch.

"supremely detailed images in almost any lighting condition where there is bright sky."

Yes! I am switching from Canon. I have older gear at home and will be upgrading that, but will still use Canon gear at work for the foreseeable future. I rented the A7rII this summer when I went on vacation in the Rockies and this new camera addresses nearly every single issue I had with that camera. Glad I waited, and even if it's not perfect, the image quality will be amazing. The inexpensive 28mm f/2.0 and 85mm f/1.8 rendered beautiful, sharp images on the A7rII and editing them on my 10.5" iPad Pro (and carrying it all in my compact Tenba mirrorless messenger bag) while traveling was a dream.

I couldn't believe that they priced it that low relative to the A9 when it has many of it's features. On paper it looks almost too perfect, aside from the lack of 60fps 4K. Fortunately I don't record a lot of video and when I do it will probably be with my iPhone X which can do 60fps 4K. But it can also do 24fps which is nice for the cinematic look that I enjoy and it also does HDR. The only remaining issue that will probably be a problem for me is dust. Mirrorless cameras my nature seem to collect more dust inside since they don't have a mirror blocking the sensor when swapping lenses. I'll need to be blowing it out with my Giottos rocket blaster frequently when changing lenses since I've moved to mostly using primes and love shooting outdoors.

I'm glad that companies like Sony are able to push innovation in the professional sector while Apple eats up the low end of the market. It's good to keep professionals several steps ahead of the general population, but I have to wonder how long before smartphones are able to mostly catch up by faking everything with ML and advanced image processing. Even hardware advancements like the one in this article will help make tiny sensors and lenses much more capable.

I am going to sell all my canon stuff and make the switch. The a7rIII has everything I want in a camera (except maybe a faster FPS but I can make do as I don't do a lot of fast motion sports) and the video capabilities are perfect. While I would like to shoot 60fps at 4K, I also don't want to deal with ingesting that large of a file and don't need to do it for what I do. 30fps will work for me at 4K. And it's almost $2K more to get the very similar A9.

Lens are competitively priced as well. I would probably like to do what I have currently, a solid shorter range zoom, an 85mm, and then a long lens. Couple this with an a6500 and you've got a super nice, and very portable setup. All would fit in a small bag. That is a HUGE selling point to me with mirrorless, and Sony in particular.
Score: 2 Votes (Like | Disagree)

nexesnex
Hmm, everyone should wait 3 years until the next big thing. Don't buy the iPhone X. Please don't buy it. Be sure not to order... I want to make sure I am able to get one :)
Score: 2 Votes (Like | Disagree)

taxiapple
So when can we expect this to show up in an iPhone?
Score: 2 Votes (Like | Disagree)

Andres Cantu
I wonder when we’ll get more than 2x optical zoom?
Score: 2 Votes (Like | Disagree)

Digitalclips
"QuantumFilm" .... Very useful for photographing a cat in a box ... /too deep?
Score: 2 Votes (Like | Disagree)
Read All Comments