Hunt will start work in January as part of the international content development team that reports to Erlicht and Van Amburg, the two executives spearheading all of Apple's new TV ambitions. Hunt's arrival at Apple follows her exit from a chief creative officer position at Channel 4 this past June. In her Channel 4 stint over the last seven years and in her previous position at BBC One, Hunt helped develop shows like Black Mirror, Luther, Sherlock, Humans, and more. 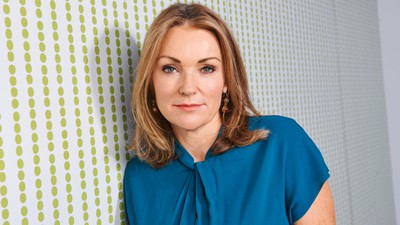 Image of Jay Hunt via Variety
Hunt's joining of the team follows news of other international expansions for Apple's premium TV plans, with a report of the company hiring Morgan Wandell hitting last Friday. Wandell will be in charge of international creative development for worldwide video at Apple, and comes from Amazon Studios.

On the content side of things, Apple is said to have set aside a "$1 billion war chest" for its new TV initiative, and has become "inundated" with spec scripts and projects since it made its home at The Culver Studios in California. The first big project coming out of Apple's Worldwide Video service will be new episodes of Steven Spielberg's science fiction anthology series "Amazing Stories".

Nalmond92
First job! Get Channel 4, ITV abd Channel 5 to get apps on the Apple TV. Ready to buy one but without catch up of the basic channels it’s not as good as the smart features built into most TV’s. And they’re crap
Score: 2 Votes (Like | Disagree)
Read All Comments