Thursday October 19, 2017 6:37 am PDT by Joe Rossignol
Apple has reportedly asked its suppliers to reduce iPhone 8 and iPhone 8 Plus production by nearly 50 percent in November and December, according to Reuters, which cited Taiwan's Economic Daily News. 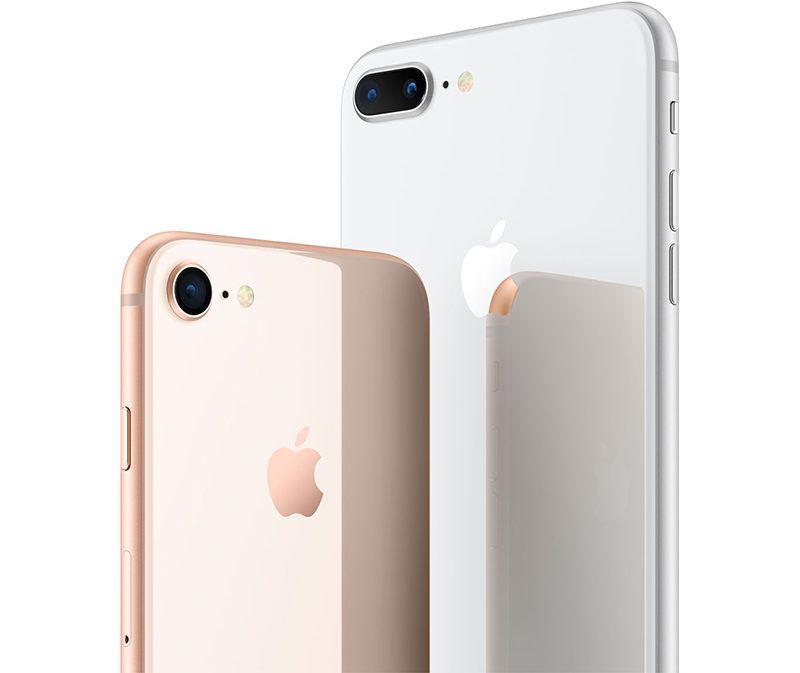 The report quotes an unnamed source who claims it is the first time in the iPhone's history that new models face a major cutback so shortly after mass production began. iPhone 8 and iPhone 8 Plus officially went on sale September 22.

Apple shares declined around 1.5 percent in pre-market trading as investors reacted to concerns about low sales of the devices.

Apple hasn't revealed iPhone 8 and iPhone 8 Plus sales numbers. The company will report its fourth quarter earnings results on November 2, including iPhone sales, but it doesn't break out the number on a model-by-model basis.

Even if iPhone 8 and iPhone 8 Plus sales have in fact been lower than expected, it could be a sign of pent up demand for the upcoming iPhone X.

With an OLED display, nearly 82 percent screen-to-body ratio, and a TrueDepth camera system powering 3D facial recognition features like Face ID and Animoji, the iPhone X is unlike any other smartphone Apple has ever sold.

"Apple is taking the iPhone franchise to a whole new level with the iPhone X," said Apple analyst Brian White. "We continue to believe Apple's stock will not only benefit from this iPhone cycle but also the company's capital distribution initiative, attractive valuation, and potential new innovations."

Industry observers are patiently waiting to see how many customers are holding out to purchase the flagship smartphone when pre-orders begin October 27. iPhone X officially launches November 3, starting at $999 in the United States.

polbit
Rumors say that 7 is outselling the 8. Makes sense to me, I don't get 8 existence at all if 7 is still being sold.
Rating: 17 Votes

Rumors say that 7 is outselling the 8. Makes sense to me, I don't get 8 existence at all if 7 is still being sold.


The only thing the 8 seems to offer is a higher price.

You're right, I don't see any difference. I'd rather have the slower phone with fewer features off the bat that also goes obsolete a whole year earlier and save the $130! /s
Rating: 14 Votes

We do have a say if we stop buying them.

How quick many of us are to forget that as the consumers with the money, we have an immense power in this pricing appreciation game... the power to say "No." If enough of us would flex that power instead of just pay whatever price any seller wants- including our favorite seller- pricing would come down.

$1000 for a phone is not some magical, rigid floor price to be in place from this day forward... unless the bulk of us show a great willingness to just accept that price and pay it:

* If we do, seller can start thinking about how readily we will accept $1200 or $1500 in a few years.
* If we don't, a tremendous pressure starts building to lower the price back towards previously-accepted levels. Even Apple can feel that pressure if enough consumers would decide to reject this price increase instead of just roll over and pay up.

Should the bulk of us accept that price point, we are rewarding the decision-making that led to the price increase... even encouraging them to do it again not too far down the road. Extra profits are realized. Extra bonus money is paid. Etc. Apple is only asking the market to pay more for a new iPhone. That market has a choice of whether it will accept Apple's "ask" price... or reject it. Both options are completely within the consumers control. But I think so many of us just forget that there is another option in such product launch scenarios.
Rating: 12 Votes

Stampyhead
Glad I got mine already!
Rating: 10 Votes

Scottsoapbox
So there will be plenty of iPhone Xs then.
Otherwise why would Apple cut 8 production?
Rating: 10 Votes

Xavier
Super happy with my iPhone 8 Plus! I ordered it about a week after launch and received it 2 days later.
Rating: 10 Votes

Stella
You can quote the feature list, but if consumers don't see the value in the extra money, they won't buy.

True tone display? Ok, can the average consumer tell the difference?
Wireless Charging? Still have to buy the charger.
Bluetooth 5? Well, the feature is good - but there's not much around that will actually take advantage of it? Does the consumer actually care?
Faster, better camera - well, thats to be expected. Happens every year. Do consumers overall care about the benefits, if the previous model does the job?

You're right, I don't see any difference. I'd rather have the slower phone with fewer features off the bat that also goes obsolete a whole year earlier and save the $130! /s

You and I sadly dont have a say in this. The industry has settled on this pricing

We do have a say if we stop buying them.
Rating: 9 Votes