Nokia on Tuesday announced that it is halting the development of its $45,000 Ozo virtual reality camera, citing "slower than expected development of the VR market" as the reason behind the company's rethink.

The news comes at the expense of 310 jobs in the U.S., the U.K., and Finland – the home of Nokia – as the company optimizes its investments in virtual reality and targets faster growth in digital health products and services instead. 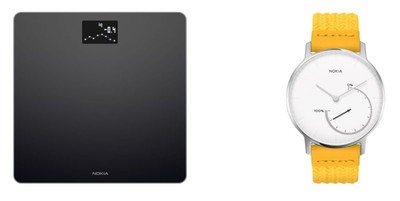 In digital media, the slower-than-expected development of the VR market means that Nokia Technologies plans to reduce investments and focus more on technology licensing opportunities. The unit aims to halt development of further versions of the OZO VR camera and hardware, while maintaining commitments to existing customers.

Nokia acquired French health tracking company Withings in 2016 for an estimated $192 million, signaling the company's long-term investment in consumer digital health and the Internet of Things sector. Withings completed its rebrand to the Nokia label in June of this year and simultaneously launched two new connected health products under the Nokia brand.

Nokia announced the professional-grade Ozo camera back in 2015, when it had a $60,000 price tag. The 360-degree 3D camera is capable of live streaming, live monitoring and automatic stitching. Disney, UEFA, Sony Pictures and other media companies bought Ozo camera units, and Nokia later dropped the price to $45,000, but sales clearly didn't warrant continued development.

maflynn
Not sure why they were surprised sales were slow for a 60,000 camera, its the very definition of niche.

It seems Nokia is in search of a business or product to get behind, they've dabbled in VR, health and mobile communications
Score: 4 Votes (Like | Disagree)

Other 360 cameras from Samsung, Theta have fared better.
Score: 1 Votes (Like | Disagree)
Read All Comments