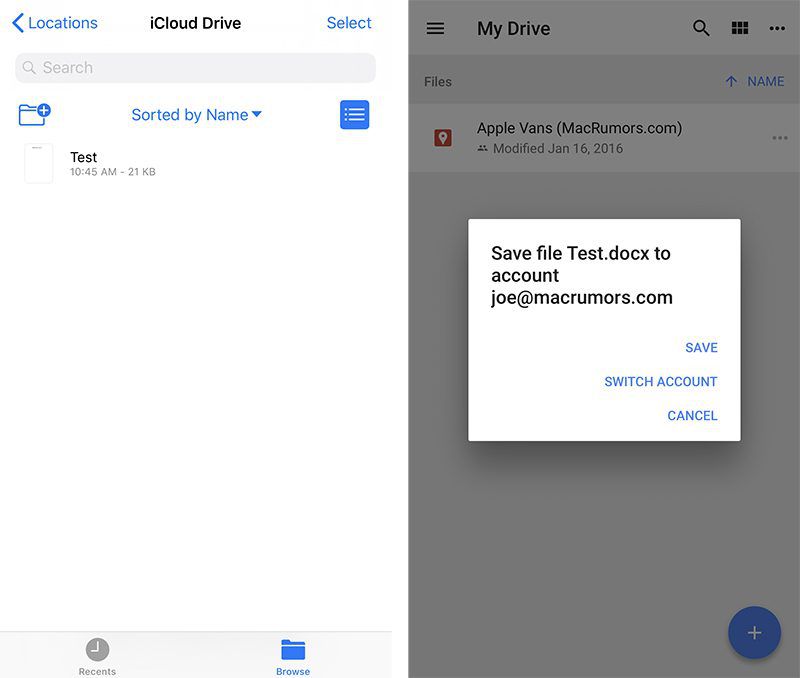 MacRumors has been able to duplicate the issue, which is likely a Google Drive problem rather than a Files or iCloud Drive one.

Update: The issue appears to be the result of Google registering for the "public.data" UTI and setting its handler rank to "owner." Then, the latest update to Google Drive seemingly added open-in-place support for "public.data," which is all data types, and became the default opener for many other file types.

the default opener for every file format who’s owner does not support open in-place.

A source familiar with the matter informed MacRumors that Google is aware of the issue and working on a fix.

Update 2: Google Drive has been updated and no longer hijacks file opening duties in Files or iCloud Drive.

Phil A.
The files app is a bit of a mess and will remain so until developers embrace it properly. On this issue, the solution I use is to open Word first and then select the file by going to the "other" location which opens the files interface and you can open the file from there

It's not ideal, but better than nothing
Rating: 2 Votes

cmaier
The issue is that google drive registers itself to open all files that don't have other apps that register as open-in-place
Rating: 2 Votes
[ Read All Comments ]