Wednesday September 13, 2017 1:32 pm PDT by Juli Clover
In the new iPhone X, Face ID, a facial recognition system, replaces the Touch ID fingerprint sensor we've grown accustomed to since it was introduced in the iPhone 5s.

Because Face ID is a new biometric system, there are a lot of questions about its accuracy and how it will work in various conditions, all of which Apple has answered both in the keynote and on its website. 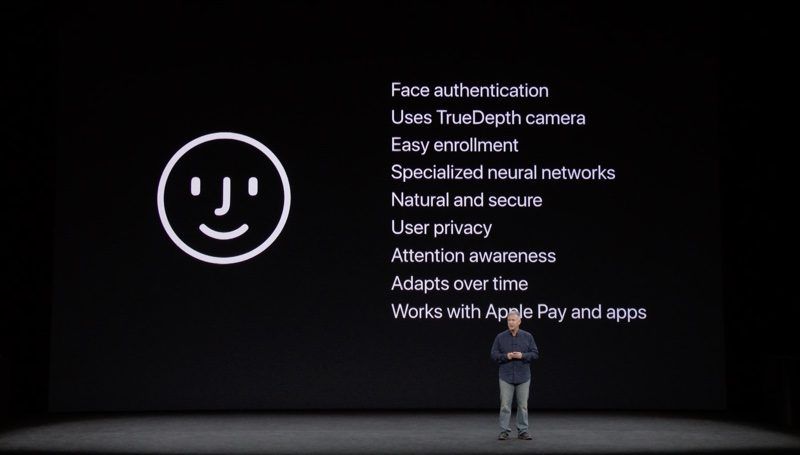 How Face ID Scans Your Face


Face ID is enabled through a TrueDepth front-facing camera on the iPhone X, which has multiple components. A Dot Projector projects more than 30,000 invisible dots onto your face to map its structure.

The dot map is then read by an infrared camera and the structure of your face is relayed to the A11 Bionic chip in the iPhone X and transformed into a mathematical model. The A11 chip then compares your facial structure to the facial scan stored in the iPhone X during the setup process. 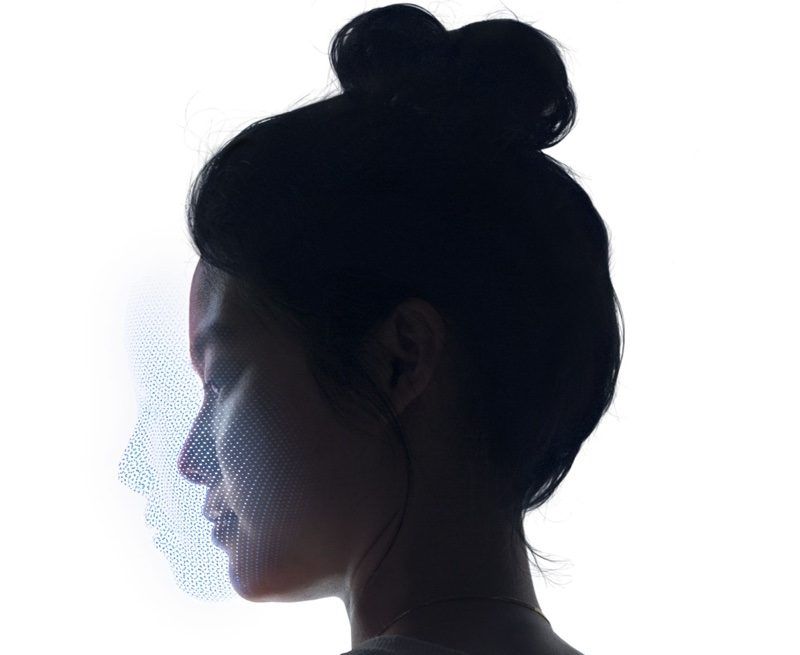 As with Touch ID, if there is a match between the two face scans, the iPhone X will unlock. From there, you can swipe upwards to get to the Home screen.

Face ID in the Dark


Face ID uses infrared to scan your face, so it works in low lighting conditions and in the dark. The TrueDepth camera also has what Apple calls a "Flood Illuminator," aka an infrared light that illuminates your face in the dark so the dot map and the infrared camera can do their jobs.


First of all, Face ID can't be fooled by a photo because it takes a 3D facial scan to unlock a device. Face ID is also "attention aware," a feature Apple implemented for extra security.

Face ID will only unlock your device when you look in the direction of the iPhone X with your eyes open, meaning Face ID only works when there's a live person in front of it. Attention aware is optional, though, and can be turned off if you choose. Most people will want to leave attention awareness on, but for users unable to focus their attention on the iPhone, turning it off will allow the iPhone X to unlock with just a facial scan.

Face ID is also sensitive enough to tell the difference between you and someone who is wearing a mask of your face. Apple trained Face ID with hyperrealistic masks created by Hollywood studios, ensuring a mask of a person wouldn't be able to fool the Face ID system. 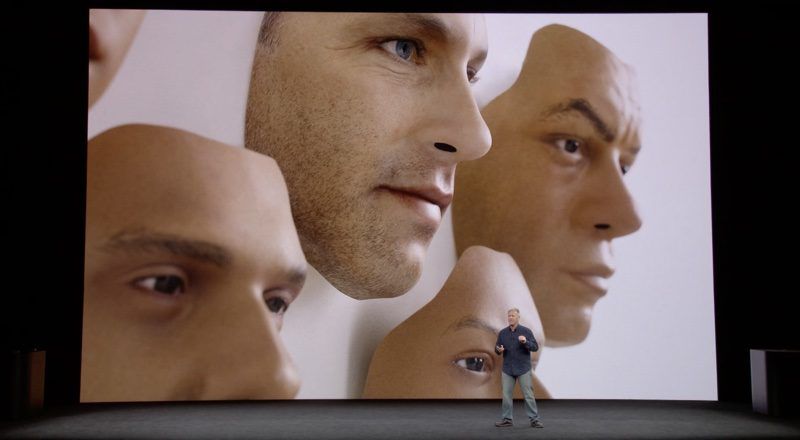 According to Apple, Face ID is more secure than Touch ID because there are slimmer chances of a mismatch. There's a 1 in 50,000 chance someone will be able to unlock your iPhone with their fingerprint, but a 1 in 1,000,000 chance someone else's face will fool Face ID. That doesn't count for twins, though -- if you have an identical twin, that error rate increases.

Touch ID locks a device after five failed attempts, but with Face ID, Apple is only allowing two failed attempts. After two incorrect scans, the iPhone X will lock and require your passcode to unlock again. You can also discreetly disable Face ID by pressing the side button and volume buttons at the same time. This will lock it and require a passcode to access your device.


Face ID works with hats, beards, glasses, scarves, and other accessories that partially obscure the face. According to Apple, this is because the A11 Bionic chip in the iPhone X uses machine learning and a neural engine to recognize changes in your appearance.

It's also likely that Face ID, like other facial recognition systems, has a match threshold that's below 100 percent, so even with part of the face not visible, it recognizes the part that is visible. 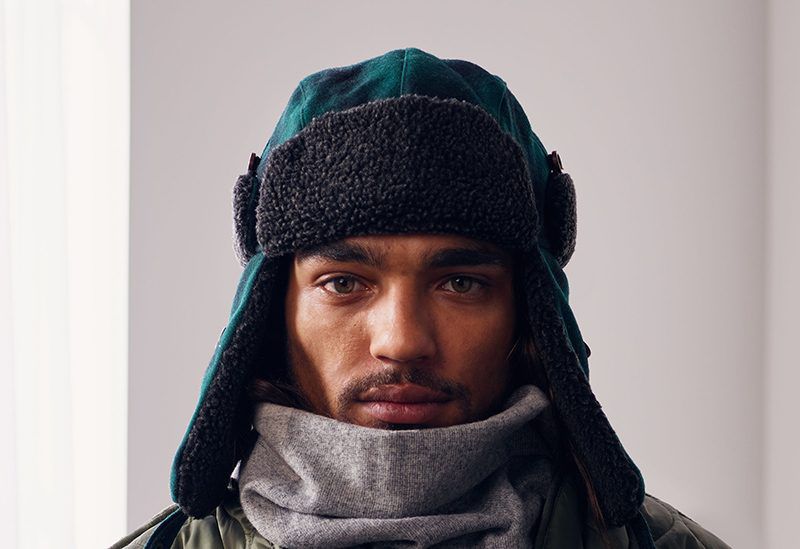 Face ID also adapts to changes in your appearance over time, so it will continue to recognize you as you grow a beard or grow your hair longer.

Update: Apple software chief Craig Federighi has confirmed that Face ID will work with most sunglasses. The infrared light used by Face ID can penetrate all but the darkest sunglasses.

Face ID When Unconscious or Sleeping


If someone knocks you unconscious or attempts to unlock your iPhone X with your face while you're sleeping, it's not going to work.

As mentioned above, you need to look at your iPhone for Face ID to grant access to your device.


On iPhones with Touch ID, your fingerprint data is stored in a Secure Enclave on the device, and the same is true of Face ID. Your facial map is encrypted and kept in the Secure Enclave, with authentication happening entirely on your device. No Face ID data is uploaded to iCloud or sent to Apple.


When using Touch ID, multiple fingerprints can be added to a device so more than one person can unlock it. That is not possible with Face ID. Face ID makes a map of a single face and that's the only face that can unlock the iPhone X. To add a new face, the existing face must be removed.

Face ID at an Angle


You don't need to hold the iPhone X right in front of your face for it to make a Face ID scan. On stage at the keynote event, it was shown held at a comfortable viewing angle and held flat downwards while making an Apple Pay payment at payment terminal. 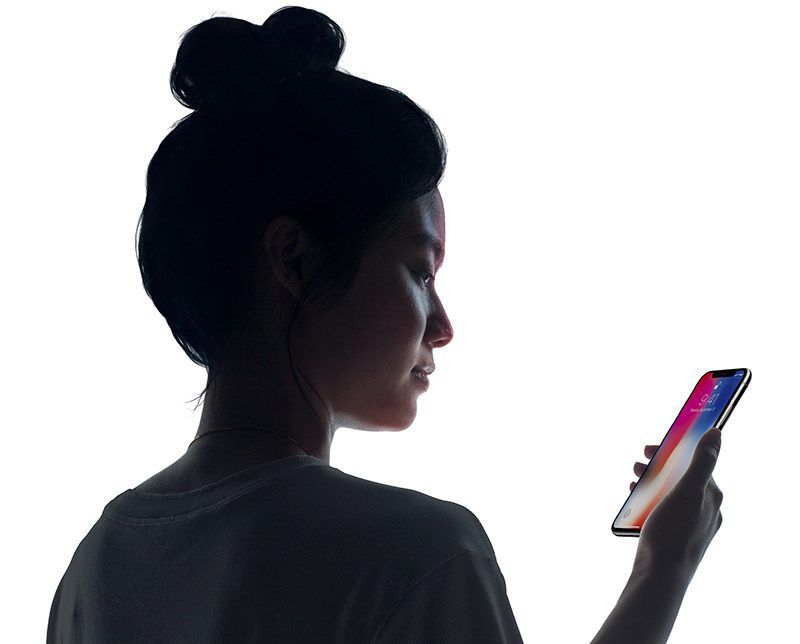 
Face ID replaces Touch ID when authenticating Apple Pay purchases. When checking out with Apple Pay, a glance at the iPhone X will authenticate a payment, and a double click on the side button of the device will confirm it. 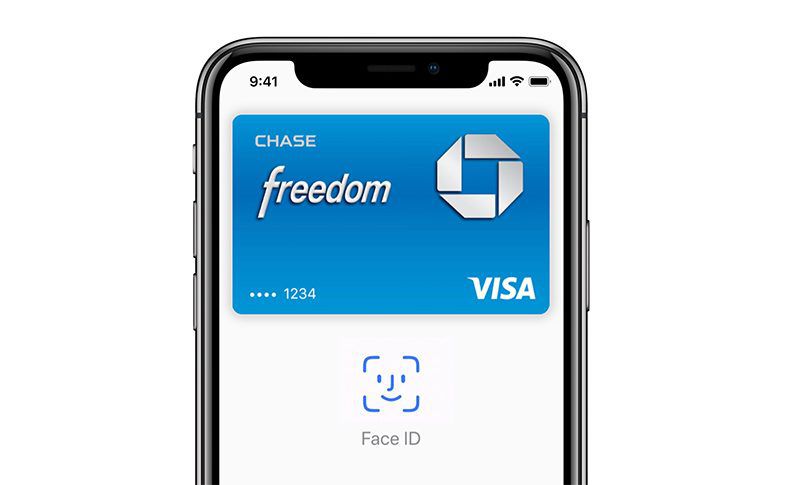 Face ID will also work in lieu of Touch ID for confirming iTunes payments, accessing secure apps, and more. All third-party apps that use Touch ID will also be able to use Face ID.


With the "attention aware" feature, the iPhone X knows when you're looking at it. Face ID will display notifications and messages on the Lock screen when you look at the iPhone X, it will keep the screen lit, and it will automatically lower the volume of an alarm or ringer when it knows your attention is on the iPhone X's display. 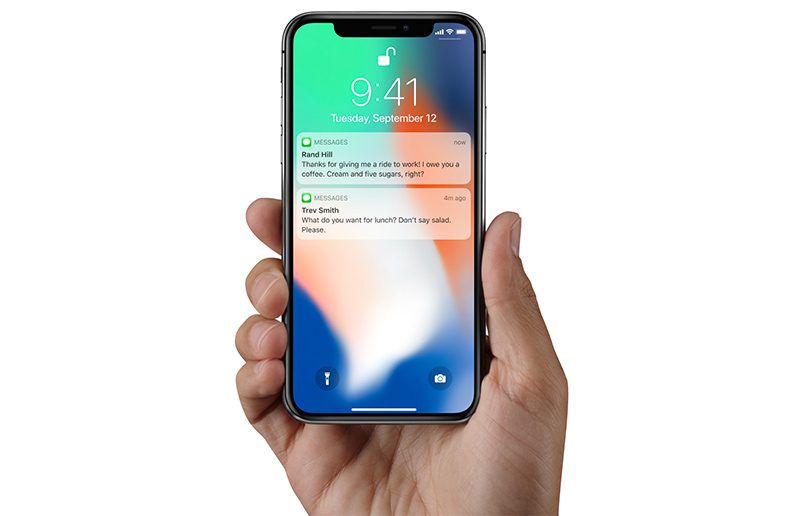 
Face ID is powered by a two-core neural engine built into the A11 Bionic chip. It works in real time and can process more than 600 billion operations per second.


Touch ID was slow and imperfect when it first launched, and Face ID may not be perfect right away either. iPhone X hands-on reports were generally impressed with the Face ID feature, but there were some reports of problems with the feature not working until the display was turned on and off.

Apple says Face ID is the future of how we will unlock our smartphones, suggesting Face ID will be the de facto Touch ID replacement in devices going forward.

OldSchoolMacGuy
It continually updates the face map so it always recognizes you.

Imagine someone seeing a picture of you with and without a beard. Big difference. But if you take a picture each day or even many times a day as that beard grows, the change is far less drastic and the difference isn't much.

There are a LOT of people crying about this feature without ever using it. People cried about Touch ID too because they had the chance to use it. I recommend trying it before you whine about it.
Rating: 45 Votes

It failed at the demo. Even if there is a valid reason they need to get 3rd party sites to verify it really does work as quickly as possible.


It didn’t fail it hadn’t been setup properly for the demo. Every new reboot you have to put in your passcode first before touchID or faceID will work.
Rating: 22 Votes

EugW
This article almost sounds like someone cut and paste (or paraphrased) some Apple press info.

It didn’t fail it hadn’t been setup properly for the demo. Every new reboot you have to put in your passcode first before touchID or faceID will work.

Nope. That wasn't the issue. It failed twice, which is the limit for Face ID apparently, according to updated information posted today.

Update: Face ID is disabled after two unsuccessful attempts, requiring the user to enter the device passcode in order to be re-enabled, as described in Apple's developer beta documentation ('https://developer.apple.com/documentation/localauthentication/lapolicy/1622327-deviceownerauthenticationwithbio'), implying that Federighi was unable to authenticate the first device.
Rating: 21 Votes

roland.g
Sunglasses could be a big deal.
Rating: 19 Votes

JGIGS
Face ID is really intriguing but touch ID was so easy and convenient. I was a little shocked at how they said 1-50,000 could beat a fingerprint ID vs 1-1,000,000 with face recognition. I thought we all had unique fingerprints? Like snowflakes. :)

I will say I still much rather face ID than an awkwardly placed rear touch ID.
Rating: 18 Votes


Obviously it does. Do you really think Apple would release a security feature that they didn't spend an immense amount of time protecting one's privacy and security over something they didn't have complete faith in?
Rating: 16 Votes

Packers1958
I doubt this is a big issue, but in some of the demo videos after the show, they showed someone pointing the phone at the face of the owner and unlocking the phone. I guess a thief could steal your phone, point it at your face for a fraction of a second and take off with your unlocked phone.
Rating: 14 Votes

It didn’t fail it hadn’t been setup properly for the demo. Every new reboot you have to put in your passcode first before touchID or faceID will work.


It failed several times when being demoed for the press.
Rating: 14 Votes

macduke
FOR THE LAST TIME: The iPhone X has an IR camera. IR cameras can see through sunglasses. This is why remote controls work, even though the plastic housing for the IR blaster looks like it's opaque black. Am I the only one who had a Sony Handicam with nightvision as a kid? I noticed many things become more transparent when using an IR camera—sunglasses being one of them. It was pretty cool.
Rating: 13 Votes

Sasparilla
If they had the fingerprint reader embedded in the display (like the original plan) it would have been a better user experience. 1 step for Apple Pay with fingerprint scanner, not 2 (Authentication then power button twice) is the perfect example. JMHO...

This will get alot of people as a get through, but Apple, please don't stop getting the fingerprint scanner working through the display for next years iPhones.
Rating: 13 Votes