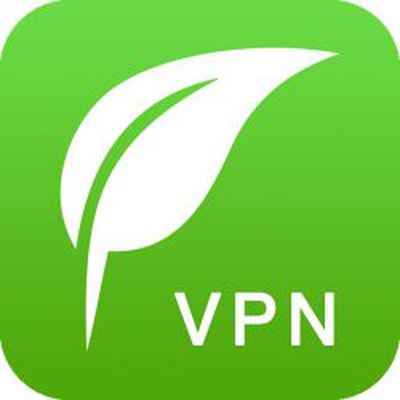 Russia has banned VPNs and other software that enables users to gain anonymous access to websites. The new law was signed by President Vladimir Putin on Monday and will come into effect on November 1st (via TechCrunch).

Leonid Levin, chairman of the Duma's committee on information policy and technology, was quoted by state-run media as saying that the new law is not targeted at "introducing new bans for law-abiding citizens" but aims to prohibit access to illegal content.

However, privacy advocates see the law as another way for the Russian government to restrict access to political content that it disagrees with. In 2015, it became mandatory for all user data from Russian citizens to be stored in Russian-based servers, and last year another law was passed making it necessary for internet service providers to retain traffic data for up to a year.

Recently the government also threatened to block access to the Telegram encrypted messaging platform unless the company that runs the app provides more information about itself.

Elsewhere, virtual private networks took another blow over the weekend, as reports emerged that Apple has removed the majority of VPN apps from the App Store in China, following regulations passed earlier in the year that require such apps to be authorized by the Chinese government.

The action was first revealed by ExpressVPN, a provider based outside of China. The company said in a blog post that "all major VPN apps" including its own had been removed from the App Store.

"We're disappointed in this development, as it represents the most drastic measure the Chinese government has taken to block the use of VPNs to date, and we are troubled to see Apple aiding China's censorship efforts. ExpressVPN strongly condemns these measures, which threaten free speech and civil liberties," ExpressVPN wrote on its blog.

The company shared a note from Apple explaining that its app was removed because "it includes content that is illegal in China". A few hours later, Apple issued a statement to TechCrunch explaining its decision to pull the apps from the App Store:

Earlier this year China’s MIIT announced that all developers offering VPNs must obtain a license from the government. We have been required to remove some VPN apps in China that do not meet the new regulations. These apps remain available in all other markets where they do business.

Earlier this month, China reportedly started blocking some features of the WhatsApp messaging service, as authorities continued to tighten controls over the country's internet.

"We would rather not remove apps, but like we do in other countries, we follow the law where we do business." Cook went on to say that he hopes China will ease up on the restrictions over time."

robjulo
Those things are only important to Tim until they affect the bottom line. He's had no problems dealing with dictatorships, countries that trample civil rights and rap stars who have abused women.

“Diversity” and “free expression” are only preached by Apple unless it’s NIMBY and the consumers keep coming, huh, Tim? ¯\_(ツ)_/¯

RudySnow
“Diversity” and “free expression” are only preached by Apple unless it’s NIMBY and the consumers keep coming, huh, Tim? ¯\_(ツ)_/¯
Score: 19 Votes (Like | Disagree)

Those things are only important to Tim until they affect the bottom line. He's had no problems dealing with dictatorships, countries that trample civil rights and rap stars who have abused women.

It doesn’t matter if Tim removes them from the AppStore or not, the IP's will be blocked.

So, if Tim left the apps on the AppStore, Chinese costumers would have a lot of apps they simply cannot use in any way, even if they they (Apple) pay or not. In other words, you’ll be downloading a scam app.

But don’t mind me, keep hating, and buy an Android.
Score: 18 Votes (Like | Disagree)

Markoth
We shouldn't even have open trade relations with them in the first place. The Chinese government has starkly different moral values from us, including many human rights violations which we somehow manage to ignore. I really don't get it.
Score: 14 Votes (Like | Disagree)

“Diversity” and “free expression” are only preached by Apple unless it’s NIMBY and the consumers keep coming, huh, Tim? ¯\_(ツ)_/¯

And what, pray tell, would you have Apple do? Tell China no? That may work in the US (for now at least) and other western countries where the leaders are constrained by the courts and rule of law, but in China they have no such option. If Apple doesn't remove the offending content, then the App Store in China goes dark, as well as Apple's ability to sell iPhones and other wares in China. Apple has no leverage over the Chinese government. There are plenty of alternatives for Chinese customers to buy in China, and I guarantee you Chinese citizens aren't going to try and topple their government just because they can't get an iPhone. Its unfortunate that Apple, or any company, is in this position, but thats the way the world is.

Apple DOES do a lot of privacy, speech, underrepresented groups. They have also pushed the envelope on improving treatment for factory workers in China. But they aren't all-powerful. Tim Cook can't tell President Ji Xingping what to do.

Educate yourself on the topic at hand and understand that this is a messy, complicated, and difficult situation.

"But what about Google, they walked away!"

Yes, and Apple COULD do that, and you can make an argument they should, but its not a slam dunk either way. What does walking away do? It doesn't change China. It doesn't push them towards a more open government. It just means someone else, either Samsung, or one of the many Chinese companies is selling more phones. And Google didn't actually walk away, they tried redirecting traffic to their Hong Kong site, which was partially successful for awhile, now its mostly blocked. But Google still has offices in China for R&D as well as Android sales, so they didn't bail either. Also, Google search was never big in China to begin with, Baidu is way more popular, so "pulling out" cost them very little.
Score: 8 Votes (Like | Disagree)
Read All Comments