Members of the Trump administration have begun contacting technology, education, and business leaders to ask for advice on "shaping funding approaches" for education related to science, technology, engineering, and math (STEM) in United States schools (via Bloomberg).

Ivanka Trump is said to be involved in the effort, along with the president's special assistant for technology initiatives, Reed Cordish. The two members of the Trump administration held an hour-long conference call with these politicians, educators, and CEOs on Wednesday, including Apple CEO Tim Cook and Laurene Powell Jobs, with Trump and Cordish specifically asking for advice regarding STEM education in public schools. 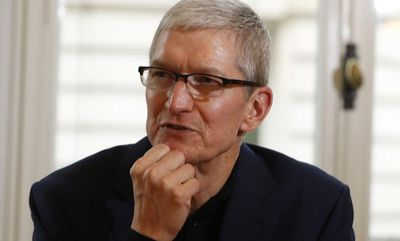 Not much else is known about the White House's conference call, but the STEM effort is said to be in the "beginning stages," with more outreach to experts expected to follow soon.

The effort is in its beginning stages with more outreach expected to follow, and the administration has not yet settled on details about funding or timetables for the effort, according to one of the people who discussed the call.

Tim Cook has been involved with, and spoken out against, the Trump administration since the election last year, beginning with a tech summit in December 2016 that involved the discussion of trade, immigration, and vocational education. In June, Cook and other CEOs met at the White House to hold talks that centered around using tech to reduce government spending. During those talks, Cook pushed for making coding a required course in schools.

JM
Gee, let's see if this makes it onto CNN.
Score: 9 Votes (Like | Disagree)

DrewDaHilp1
Any help public schools can get. Seeking help of what most would call experts in their given business is better than the typical throw more funds at it.
Score: 8 Votes (Like | Disagree)

Well lookee there; color me aghast.

See if you can find a front page story on this for me from CNN.

Well it seems to me that you're not a fan of CNN. If that's the case - why is it so important that they publish a story about it. And then why the need to move the goalpost to it being a front page story? While important. And I do think STEM is important. Given what's going on in the world and in this country, I'm not sure I would deem it "front page" news.
Score: 7 Votes (Like | Disagree)

Gee, let's see if this makes it onto CNN.

jayducharme
How about involving teachers? You want to know why education isn't working in this country? Ask the people on the front lines.
Score: 6 Votes (Like | Disagree)

AlliFlowers
Let's cut 9 billion from the education budget and ask companies to recommend an alternate source. Basically, well threaten the tech giants that if they don't help fund education, there will be no one educated in the STEM jobs their companies need.
Score: 5 Votes (Like | Disagree)
Read All Comments