Thursday June 22, 2017 5:50 am PDT by Tim Hardwick
Chinese mobile maker Vivo could be set to beat both Apple and Samsung to the punch by announcing the first smartphone with a fingerprint sensor embedded in the screen, if an official company Mobile World Congress teaser is anything to go by.

Last week a video began making the rounds online that purported to show a Vivo smartphone being unlocked using a fingerprint sensor integrated into the display. Doubts were soon cast on the video's authenticity, however yesterday the company shared an official teaser image on Twitter appearing to hint at an imminent fingerprint sensor reveal at MWC2017 Shanghai, which starts on June 28. 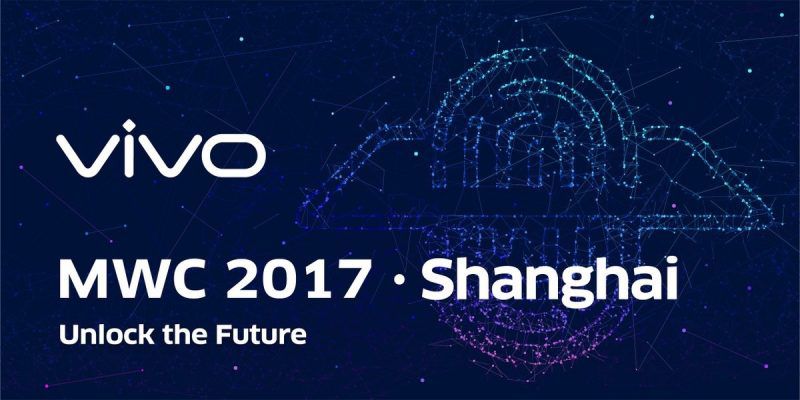 We are thrilled to be launching a new solution in just a few days at Shanghai #MWC2017. Let's unlock the future together! #VivoMWC2017 pic.twitter.com/U2MQKrU6Uo


The teaser image shows the outline of what appears to be a human digit complete with fingerprint passing through a smartphone-like profile, accompanied by the phrase "Unlock the Future", apparently implying a fingerprint-based unlocking mechanism embedded in the display of an upcoming Vivo phone.

As regular MacRumors readers will know, Apple is expected to include a fingerprint-sensing display in this year's "iPhone 8", which is due in September, but the company was said to have faced significant technological hurdles before it reportedly finalized a practical solution last month.

Samsung, for its own part, chose to forego the opportunity to announce the first phone with a screen-embedded fingerprint sensor when it launched the Galaxy S8 in March, with the sensor instead relocated to the back of the handset, alongside the camera lens. The controversial decision to move the sensor to the rear to make way for a larger display was made because the company could not meet the challenges involved in embedding the sensor tech in an OLED screen in time for the S8 launch.

The idea that Vivo could be the first to bring fingerprint sensing screens to consumer phones might seem like a stretch, but the company has been willing to take risks in the past and actually has a decent track record for market firsts. In 2013, for example, it released the world's first "2K" resolution phone – the Xplay3s – featuring a 2560 × 1440 resolution and 490ppi pixel density screen. With the release of the Xplay5, the company also became the first mobile maker to release a smartphone with 6GB of RAM.

Regardless, announcing the first fingerprint-aware display is a different prospect altogether and would be some feat for Vivo, which holds a 6.8 percent market share in worldwide smartphone sales, behind Chinese rivals Huawei and Oppo. By contrast, Apple and Samsung command a 13.7 percent and 20.7 percent market share, respectively, according to first quarter 2017 figures from Gartner.

Stay tuned to MacRumors for updates and other related news from the Mobile World Congress 2017 in Shanghai, which begins on Wednesday, June 28.

So this confirms Apple will have this as well since other companies are rushing it to market.


The technology is available, we had rumours in the past about low production yields of this kind of sensors. Apple sells millions of iPhones, other manufacturers don't have the same problem since they don't need to sell millions of products in a short period of time
Rating: 12 Votes

First means nothing. Best means everything.

Only if you're not first.
Rating: 11 Votes

Glideslope
Records your print, then sends it to the Parties Central Database. :apple:
Rating: 10 Votes

Only if you're not first.

From the customer's perspective, first means nothing, best means everything.
Rating: 9 Votes

JaySoul
Samsung tried on the S8 and couldn't make it work to scale. Reports indicate same for Note 8.

Apple are obviously trying hard for iPhone 8 but have had multiple issues.

It's one thing to get a thousand of these to work properly, but when you're talking millions of units, you'd better be confident!
Rating: 7 Votes

Lerxt
Sorry Vivo, but in the true tradition of Chinese companies, you've done a "Ferengi" and copied Apple. I'll never buy a Vivo, whatever you put in it.
Rating: 6 Votes

Interesting... the rumours are still not clear that Apple WILL have the sensor behind the screen, so they could potentially be beaten by a year with the tech.
Will be good to see if they've sold the brightness issue on this phone if the sensor is behind the screen.

Easy to be beaten by companies that don't have to worry about scale. I'm sure there's a lot of things Apple could do if they didn't have to make 70 million available in a holiday quarter.
Rating: 6 Votes

I often wonder if these rush to market products are designed to steal customers from a bigger name or to create market hurdles by giving an impression that the technology isn't worth the premium the bigger name charges?

What makes you think this is a rush to market? It's not like the idea for under screen fp tech came from Apple. It's also not like Vivo/Oppo (they're the same company) don't have a reputation for introducing new features before other companies.
Rating: 5 Votes

nighthawk67
So this confirms Apple will have this as well since other companies are rushing it to market.
Rating: 5 Votes