In a new Q&A video from Wired, Blizzard vice president Jeff Kaplan responded to a list of user questions on Twitter, all centered around the company's popular first-person shooter Overwatch, which is currently available on PC, Xbox One, and Playstation 4. Ahead of the game's release, the company said that any development on Mac was not in the works and that focus would be on the other platforms.

Now, in response to a user asking if the game will ever be on Mac, Kaplan has said that Blizzard is "open minded" about bringing Overwatch to MacBooks and iMacs, although such development doesn't appear to be a priority. 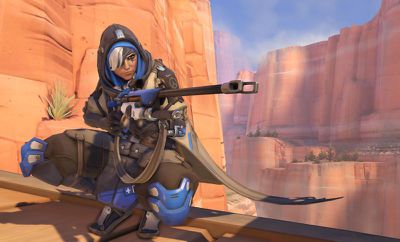 User's question: Hi I was just wondering and I'm sure this question is kinda of annoying. Will Overwatch be coming to mac?

Kaplan's answer: I will not say that it's definite...that we will never be on Mac. We are open minded to it, we just need the priorities of our development process to line up with the capabilities of the platform in order for it to become a reality.

Kaplan's response is a bit non-committal, neither confirming nor denying whether players will ever be able to purchase Overwatch for the Mac, but it is at least nice hearing that the team behind the game continues to consider all platform options moving forward. It remains unclear what specific Mac-related limitations might be preventing Blizzard from pushing forward in Mac development on Overwatch, but from Kaplan's comments it appears that the team wants to ensure the game's quality before it would publish it on Apple's computers.

Blizzard has supported Apple devices for many of its previous games, including bringing Hearthstone to iOS and Mac, as well as launching Heroes of the Storm on Mac. Overwatch runs best with a consistent frame rate due to its fast-paced gameplay, particularly during competitive season games, but some lower-end PCs have been able to run the game with concessions in graphics and resolution.

The Mac-related question appears at 12:45 in Wired's new video.

Quu
The game should come to macOS but Apple first needs to get real with the graphics accelerators they are shipping in their Macs.
Score: 5 Votes (Like | Disagree)

jim001
I would love to see Overwatch on Mac as I am getting a little tired of it on the PS4.

Maybe if Apple would update OpenGL from version 4.1 that was released in 2010 we could have some nice things.

We are the ones that are getting hurt because Apple wants everyone to use Metal. Blizzard was one of the companies that show cased Metal when it was announced and they don't even want to use it.
Score: 5 Votes (Like | Disagree)

Why do this? Macs are NOT for gamers, and this game is far from casual.

Waste of time and money, in my opinion.

How in the world is Overwatch not casual? It's a typical Blizzard game, meaning it's easy to learn, but hard to master. So yeah, it definitely can be a casual game. I play it once or twice every two weeks and it's fun.

You don't have to be a "gamer" to play on occasion. Even Macs with integrated graphics are capable of playing this game...

I just want Halo on the Mac like in the olden days.

What was once a user friendly company which released quality games, has become nothing more than another company which focuses on pumping out in-app purchase games.

Can't say that I agree. While the in-app purchases are there in some games I also have a strong impression that they're developing, maintaining and improving their games.
Score: 2 Votes (Like | Disagree)

Translation: It's not coming to Mac.
Score: 2 Votes (Like | Disagree)
Read All Comments