While game developer Blizzard has a long-standing history of bringing its games to OS X in addition to Windows, the developer today confirmed at its BlizzCon fan convention that it will not be bringing its new game, Overwatch, to OS X, according to Polygon.


Overwatch game director Jeff Kaplan confirmed the news, acknowledging that the company has longstanding support for Apple's computers. However, Kaplan says the company focused its efforts on Windows due to the "technology behind Macs."

"Currently with the technology behind Macs and the way Overwatch runs it's just too challenging for us at this point to support it," Kaplan said. "Our focus right now is entirely on PC, Xbox One and PlayStation 4."

Kaplan didn't specify what Mac technology was making it challenging for Blizzard to make the game for OS X, but Apple's support for graphics technologies such as Metal and OpenGL may be part of the reason. Some of the early developers who committed to Metal, such as Adobe, have backpedaled a bit as they work with the new technology. Apple has also been criticized for not adopting the most recent versions of OpenGL, which is also heavily relied upon in modern game development 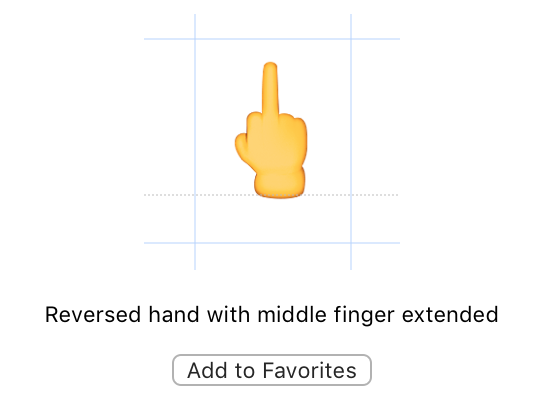 Shouldn't this go to Apple? They never cared about gamers and this development is just another manifestation of that.
Score: 52 Votes (Like | Disagree)

Yeah, kinda hard to fault Blizzard when the only Apple machines that would be able to run it are $2500 iMacs and Mac Pros. Hardly anybody buys the highest-end Apple desktops (relative to the mega-selling 13" MBPs and MBAs)

Anybody who's serious about gaming on their Mac probably has a Windows installation anyway.
Score: 27 Votes (Like | Disagree)

Apple are blameless here. They have baked amazing technologies into OS X El Capitan that blow Windows out of the water. It's up to developers to take advantage of all the power and capabilities of the world's most advanced operating system. It appears Blizzard are not capable of getting the job done.

SmileyDude
Sure Apple has a role in this, but Blizzard has some blame too. Diablo 3 has been out for almost three years now and still ships as a 32-bit application on OS X, while requiring a 64-bit only OS. This is allegedly because it's easier to support Windows with a single 32-bit app.

And a big company like Blizzard can certainly afford to put more engineers on the OS X port to support Metal if they wanted to. This isn't the Blizzard of 10 years ago.

As far as Apple being behind on the high end gaming hardware, that may very well be true. But a company like Blizzard doesn't just make games for the bleeding edge -- they need the support of the more casual players that don't go out and buy the biggest and best hardware just to play games. And that's true on Windows as much as it is on OS X.

Finally, if the game can run on console hardware like the Xbox One and the PS4, it can certainly run on recent Mac configs. By the time the game actually ships next year, Apple will have most likely upgraded their machines again and the difference between a higher end Mac and the consoles will widen even more.

More likely, IMO, is that someone at Blizzard (or the higher ups at Activision) looked at the sales numbers for first person shooters on the Mac, did some calculations, and decided that it wasn't worth the effort to support the Mac. I don't know if that's a good idea or not -- it might work out on paper for them, but there might be some unseen consequences of this move. For one, Mac gamers have been awfully loyal to Blizzard over the years. Blizzard has been putting out Mac versions of it's game since the classic MacOS era (I still have my copies of WarCraft, Diablo and StarCraft -- all originally ran under MacOS 7.5, 8 or 9). For them to decide now, after Apple's largest quarterly Mac sales in history and with a growing marketshare, to not support the Mac on a new title may come back to bite them.
Score: 24 Votes (Like | Disagree)

Apple are blameless here. They have baked amazing technologies into OS X El Capitan that blow Windows out of the water. It's up to developers to take advantage of all the power and capabilities of the world's most advanced operating system. It appears Blizzard are not capable of getting the job done.

You are obviously not a developer as well as most replying to this thread. Blizzard has ZERO of the blame here. Apple is 100% to blame. Apples NVIDEA drivers in OS 10.11 are nearly 2 years behind Windows versions. Apple is still way behind their OpenGL routines by 2 versions! You have NO CLUE AT ALL what you are talking about. Apple couldn't give a crap about graphic systems at this time and it shows big time and that is why no major game developers can port their products or keep up on the Mac platform even if they wanted to. FFS have you even ever bothered to go check out what version of NIVIDEA drivers are current for Windows compared to MacOS? Thankfully NVIDEA has been updating MacOS drivers for some Mac systems totally independently of Apple and you can even go download them and install them and get 1000 times better performance than the crap nearly 2 year **** drivers provided by Apple in the OS 10.11.1. Dont believe me? Go here and look for yourself: http://us.download.nvidia.com/Mac/Quadro_Certified/346.03.03f02/WebDriver-346.03.03f02.pkg

Why do posts on Blizzards site like this even exist if Apple is so awesome at video drivers? http://us.battle.net/wow/en/forum/topic/18300616773

As a gamer I cant even barely run World of Warcraft any longer on a modern Mac. Im lucky to get 15 fps in most areas. Ive had to resort to boot camp and running my game off Windows 8.1 where I can get 100 times better graphic performance and options than I can running in Mac OS. Mac OS is total **** for graphics and apparently Apple couldnt give a crap about it because developers have been telling them for years to get their act together. Ive developed for Macs and Ive owned more Macs since 1985 than you probably can count up to. They haven't "baked" anything but their brains. Devs would be more than happy to take advantage of modern APIs and graphic device driver calls if they existed in OS X AT ALL!
Score: 17 Votes (Like | Disagree)
Read All Comments

Friday December 2, 2022 10:54 am PST by Juli Clover
Google is continuing on with its attempt to convince Apple to adopt the RCS messaging standard, publishing a new "it's time for RCS" blog post. Promoted heavily by Google, RCS or Rich Communication Services is a messaging standard that is designed to replace the current SMS messaging standard. It provides support for higher resolution photos and videos, audio messages, and bigger file sizes, ...
Read Full Article • 583 comments