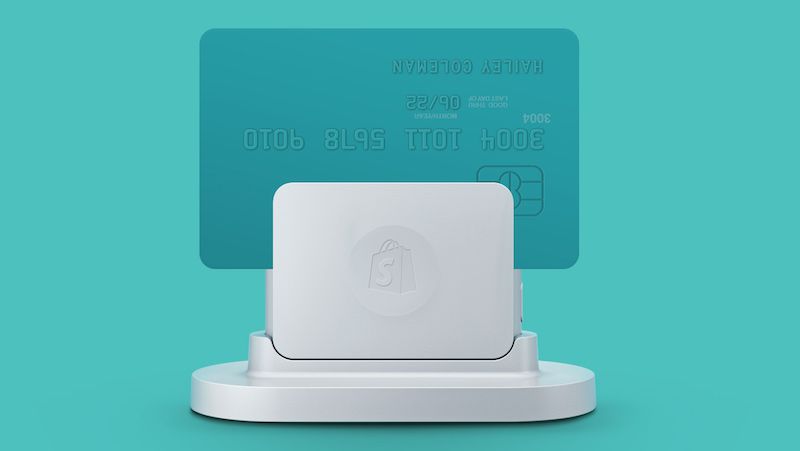 The Shopify Chip & Swipe Reader is a modular solution that allows the reader to be detached from its base so merchants can handle card swipes from any angle. To dock, the reader connects to the base via micro USB, but Shopify said that the reader itself could handle an entire week's worth of transactions before needing to be docked and charged. Different mounting accessories beyond the simple dock sold at launch are said to be coming in the future.

“What people forget is that it’s not just the merchant that’s touching the hardware, like a cash register,” Shopify VP of Product Satish Kanwar said. “When it comes to a card reader, it’s the shopper that’s interacting with the device and inputting their card as well. What we realized is that it’s really hard to get a good balance of good quality, versatility and something that provides that delightful experience in something that’s also affordable.”

Shopify's reader will be free to all Shopify merchants without a current Shopify point-of-sale solution (the company also has a sales terminal with full tap, swipe, and chip payment compatibility that does support Apple Pay). For everyone else, the new reader will cost $29, and will process payments at 2.4 percent per transaction. The reader will connect to both iOS and Android devices via Bluetooth.

Merchants interested can pre-order the device today, and the launch window is currently predicted as sometime in June. There's also a 14 day free trial for those who sign up for pre-orders.

travisjaymoore
No NFC? That's a joke.
Seems closed-minded to include the chip technology which is slow and painful and not NFC, which is becoming more widely adopted every day.
Rating: 3 Votes

Robert.Walter
No NFC? DOA. Even free won't make it viable. It's manufacturer better have an exchange for free NFC version up within a few months or this thing will wither and die.
Rating: 1 Votes
[ Read All Comments ]