Square has announced that its new NFC reader that enables small businesses to accept Apple Pay, Android Pay, and other contactless payments can now be purchased from Apple online or in U.S. stores for $49.

The reader is compatible with NFC-equipped smartphones, including the iPhone 6 or newer, and contactless EMV chip debit and credit cards based on technologies like American Express ExpressPay, MasterCard PayPass, and Visa payWave. 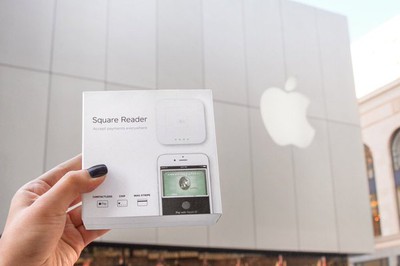 The small square-shaped reader functions like other NFC-enabled payment terminals, allowing users to wave an iPhone, paired Apple Watch, or contactless EMV chip card near the reader for a few seconds to complete a purchase.

The NFC reader, which connects wirelessly with iOS and Android devices via Bluetooth, also works with EMV chip cards that are inserted for Chip-and-Signature payments. Square includes a magstripe reader in the box for accepting traditional swipe payments as well.

Apple Pay is accepted at more than 1 million locations in the U.S., but its early rollout has mostly been limited to larger franchises. Square's new NFC reader, and similar products, will help expand Apple Pay to smaller businesses across the country.

$49 is just too expensive. I get there is more tech in this by far than the free strip reader they gave out, but cmon. $25 would have been more than fair still.

You're kidding me right? You save $49 of your first transaction fees after buying the reader.

Try buying a Verifone MX925 and see how much one of those goes for.

American Hero
When American Businesses are told they have to upgrade to usable EMV readers or face fraudulent charges in cases of stolen credit cards and data breaches, even though the rest of the world did this years ago... 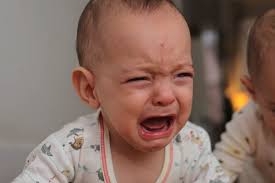 Jakexb
Super curious when Apple will let an iOS device accept an Apple Pay NFC charge natively. All the hardware is there.

Actually, Apple could make a card reader, process everything through the Apple Pay system and completely take over the small-biz cash register business. People are already using iPads/iPhones with Square or sometimes PayPal or sometimes ShopKeep for "cash registers".
Score: 6 Votes (Like | Disagree)

$49 is just too expensive. I get there is more tech in this by far than the free strip reader they gave out, but cmon. $25 would have been more than fair still.

To a business, $49 is a small investment. The device helps people make money.
Score: 5 Votes (Like | Disagree)

2457282
Apple has an terribly ugly case that they put on their iPhone in the Apple Store that allows them to accept Apple Pay and credit cards. It also has a scanner built in. Apple should buy Square so they can get their design folks to help Jony out. Square has a very nice simple Apple-like design. In addition, with Apple's backing, Square could finally expand overseas and really help Apple Pay get better penetration.

Come on Tim, this seems like a really smart investment, even if not as sexy as buying beats.
Score: 5 Votes (Like | Disagree)
Read All Comments