Following a surprise Mac Pro update today, Apple has now listed the repriced models on its online store. Essentially, this is just a pricing adjustment: the former $3,999 model is now the $2,999 base model, while the previously built-to-order 8-core model with dual D700 GPUs is now the high-end stock configuration. 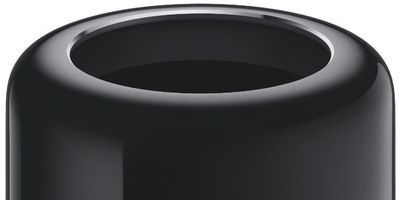 The base model Mac Pro with a 3.5GHz 6-core Intel Xeon E5 processor, dual AMD FirePro D500 GPUs, and 16GB of RAM is available to purchase now for $2,999 online and at select Apple Stores in the United States, Canada, Europe, and select other regions. Online orders ship in as little as one business day.

The higher-end model with a 3.0GHz 8-core Intel Xeon E5 processor, dual AMD FirePro D700 GPUs, and 16GB of RAM is listed as "currently unavailable" online, with no purchase button yet. Just moments ago, the model was listed as available in "30 business days," but Apple has removed that timeframe.

Today's reshuffling raises the entry-level Mac Pro to a 6-core processor with 16GB of RAM for $2,999, compared to the former base model with a quad-core processor and 12GB of RAM. Likewise, Apple used to sell a high-end 6-core Mac Pro for $3,999, but has today bumped that model to 8-cores for the same price.

There are no other hardware changes to either model, but upgrade pricing for built-to-order configurations is now cheaper. Upgrading from 6-core to 8-core or 12-core, for example, used to be $1500 or $3000 respectively, but it is now $800 or $2000 respectively. AMD FirePro graphics upgrades are likewise cheaper.

The news came today in a collection of announcements that Apple unveiled to journalists near its headquarters in Cupertino, including a confirmation of new pro-level iMac models coming later in 2017 and a promise that the Mac Mini is still "important."

Apple also announced that it is working on a "completely rethought" version of the Mac Pro, as well as a pro display that works with the system, but Apple marketing chief Phil Schiller admitted that "you won't see any of those products this year."

CWallace
Folks have been demanding Apple cut their prices on the current Mac Pro and the moment Apple does that, and by a fair bit (for Apple), they still complain about the price.

Same with the new form factor. Bitch about wanting one, then bitch about having to wait for Apple to engineer it. And once it arrives, they'll surely bitch it isn't enough.

Doug Stanhope had it dead-on when he said some people find complaining their form of entertainment. :)
Score: 18 Votes (Like | Disagree)

mpe
I don't understand why the MacPro is now "buy now" on buyer's guide. There is absolutely nothing new on it and it is just as obsolete as it was yesterday. It is just few $$$ cheaper.
Score: 17 Votes (Like | Disagree)

ScottButler
I bet no one would have guessed the first to change to 'Buy Now' would be the Mac Pro!

If you really think this is a good thing, that the base model now comes with an extra 4 gig of ram, and a higher end 4/ 5 year old graphics chip, is a nice gift.. well more fool you.

I'm just curious - are people generally excited about apple announcing a macbook pro in the next year or so ? or are you just burned out on disappointment from this company that had once had you excited with their new and innovative products?

Personally, I'm burnt out. I switched to Windows this year, so I could use an HTC Vive in VR. I actually can't see why I would ever switch back. MacOS is good, but frankly the hardware has really fallen behind.
Score: 12 Votes (Like | Disagree)

Folks have been demanding Apple cut their prices on the current Mac Pro and the moment Apple does that, and by a fair bit (for Apple), they still complain about the price.

Same with the new form factor. Bitch about wanting one, then bitch about having to wait for Apple to engineer it. And once it arrives, they'll surely bitch it isn't enough.

Doug Stanhope had it dead-on when he said some people find complaining their form of entertainment. :)

Because the price point is still atrocious.
Score: 10 Votes (Like | Disagree)
Read All Comments