A trio of news organizations -- consisting of the Associated Press, Vice Media, and Gannett -- have petitioned a judge in the United States to force the FBI to reveal the exact amount of money it paid for the technology used to crack open an iPhone used by San Bernardino shooter Syed Farook (via BBC).

The same group of news organizations sued the FBI last September to gain more information about how exactly the FBI entered the iPhone, what "outside party" helped with the process, and how much the government paid for it. The new filing appears to tone down that original lawsuit with a focus on the amount spent on the hack tool, and not how it works or who exactly provided it. 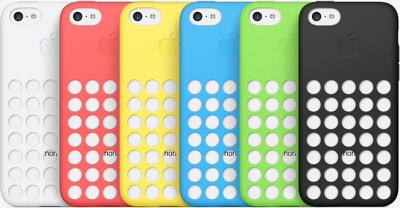 Although the FBI never confirmed the rumors, it was widely reported that Israeli mobile software developer Cellebrite was hired to get into Farook's iPhone 5c. A price for the developer's services has only ever been speculated upon.

According to the court filing acquired by the BBC, the three news organizations claim that there is "no adequate justification" for the FBI to continue to withhold the information related to the cost of opening the iPhone. The information they ask for is also specified as not a risk to national security if it does become public, as they simply want "to learn more about the circumstances surrounding the event."

"While it is undisputed that the vendor developed the iPhone access tool, the government has identified no rational reason why knowing the vendor's identity is linked in any way to the substance of the tool, much less how such knowledge would reveal any information about the tool's application," lawyers for the news organisations wrote in the filing to the US District Court in Washington.

"Release of this information goes to the very heart of the Freedom of Information Act's purpose, allowing the public to assess government activity - here, the decision to pay public funds to an outside entity in possession of a tool that can compromise the digital security of millions of Americans."

Back in the midst of the story's development, the identity of the contractors for the iPhone hack was said to be a closely held secret within the FBI, with FBI director James Comey even in the dark as to who exactly was hired to break into the iPhone. While many reports referenced Cellebrite, another suggested it was instead done with the help of "professional hackers," consisting of a "gray hat" researcher who sells flaws to governments, black market groups, or companies that create surveillance tools.

Even though the case is still one of interest among both parties, towards the end of the drama last year the FBI claimed that it found "nothing of real significance" in Farook's iPhone, stating that it answered a few questions about the San Bernardino shooting but provided no new leads.

As much as I dislike governments eroding privacy this case was absolutely NOT unconstitutional as they had a legal warrant for entry into the phone in question. I tend to be on the extreme in my support of privacy but it doesn't help anyone's cause to be inaccurate in statements.
Score: 9 Votes (Like | Disagree)

Also, big props to Tim Cook for arguing the case tooth-and-nail to prevent an iOS backdoor.

But but but shouldn't he rather be spending time pushing out new Mac Pros for a vocal minority, instead of protecting our basic rights?
Score: 5 Votes (Like | Disagree)

LordQ
Ugh, the iPhone C was the biggest abomination, and don't get me started on those cases!
Score: 5 Votes (Like | Disagree)

It was more than likely hacked using NAND mirroring to input the passcode as many times as possible. The same technique can't be used on a 5S or later, which corresponds with what was leaked about the firm's capabilities.

It would also have been jolly expensive based on time alone.

Also, big props to Tim Cook for arguing the case tooth-and-nail to prevent an iOS backdoor.
Score: 3 Votes (Like | Disagree)

The right of the people to be secure in their persons, houses, papers, and effects, against unreasonable searches and seizures, shall not be violated, and no Warrants shall issue, but upon probable cause, supported by Oath or affirmation, and particularly describing the place to be searched, and the persons or things to be seized

The FBI had a legal warrant signed by a judge instructing Apple to assist in recovering data on the phone. And IIRC, the phone in question was owned by Farook's employer, who gave consent to a search of the phone. Nothing unconstitutional about it.

Also, big props to Tim Cook for arguing the case tooth-and-nail to prevent an iOS backdoor.

The only reason an iOS backdoor was not implemented was because the FBI found another way in and withdrew their case. Tim Cook's grandstanding notwithstanding, nothing was resolved, and it is likely that the same issue will arise again in the future.
Score: 3 Votes (Like | Disagree)

dannyyankou
We deserve to know how the government can hack into our phones because it's unconstitutional to begin with.
Score: 3 Votes (Like | Disagree)
Read All Comments

Tuesday June 2, 2020 1:31 am PDT by Tim Hardwick
Apple Music has cancelled its Beats 1 radio schedule for Blackout Tuesday and is suggesting that listeners tune in to a radio stream celebrating the best in black music. Blackout Tuesday is a campaign organized by the music industry to support Black Lives Matter after Minneapolis citizen George Floyd was killed by police in the course of his arrest. On launching Apple Music, many users...
Read Full Article • 432 comments