Apple Seeds First Beta of iOS 10.3 With 'Find My AirPods' to Developers

Tuesday January 24, 2017 10:01 am PST by Juli Clover
Apple today seeded the first beta of an upcoming iOS 10.3 update to developers, marking the third major update to the iOS 10 operating system that was released in September. The first iOS 10.3 beta comes more than a month after the release of iOS 10.2.

Registered developers can download the new iOS 10.3 beta from the Apple Developer Center or over-the-air with the proper configuration profile installed. 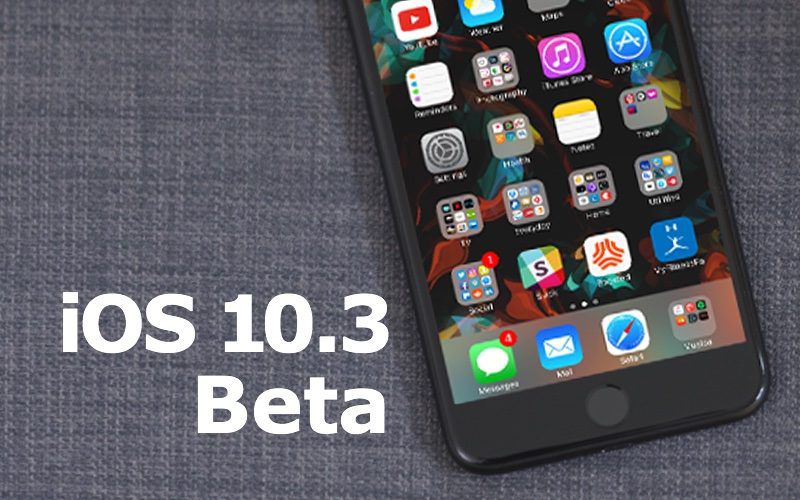 As a 10.x update, iOS 10.3 likely brings bug fixes, performance improvements, and new features to iOS 10. While we won't know what's in the update until developers begin discovering changes, it is rumored to include a new "Theatre" mode with a "popcorn-shaped" icon in the Control Center.

What the rumored Theatre mode does is unclear, but should it be included in iOS 10.3, we'll find out its purpose soon enough. We'll update this post with new features that are found in the update.

Update: Apple has shared release details with several sites, outlining features that are included in the update. While the main feature is a new "Find My AirPods" option, there are also several smaller updates.

CarlJ
Wow, eleven comments in and no posts yet explaining how this indicates the imminent downfall of Apple. That's kind of refreshing.
Rating: 24 Votes

waterskier2007
This seems like a pretty big deal (from the release notes):

When you update to iOS 10.3, your iOS device will update its file system to Apple File System (APFS). This conversion preserves existing data on your device. However, as with any software update, it is recommended that you create a backup of your device before updating.
Rating: 24 Votes

People who actually understand operating systems have been begging for a new file system for more than a decade.

They almost went with ZFS, but it became a big problem when Oracle bought Sun.

Also, anyone complaining about Apple's custom chips needs a good kick in the head. They're the best mobile chips around.
Rating: 16 Votes

theater mode is apparently still missing according to CNET
[doublepost=1485281257][/doublepost]
wow. no theater mode. this indicates the imminent downfall of apple


Who cares about theater mode? I have had *insert obscure problem here* for two years now, and Apple won't make *insert dream computer here*, so Apple is doomed, Tim Cook should be fired, and I'm buying an Android phone. But I'll stick around to remind everybody why I don't like Apple anymore.

iOS 10.3 may not add much, but the SiriKit improvements look interesting.
Rating: 14 Votes

Can anyone theorize if older devices using the A5 chip (iPhone 5, iPad 4) would benefit from APFS?


There are couple of things we need to consider first to answer your question:

1. APFS in terms of I/O (that is - input-output, read and write data) focuses on improving foreground apps and tasks. It is reasonable to think that background tasks can wait a bit longer to read or write data they need.

2. It doesn’t make processor or graphic processor to handle more task or make them faster.

3. Apps are multithreaded - if app is made along Object-C or Swift guidelines - UI - user interface - is main thread and background tasks are secondary thread (i.e. on slow connection the app you are using downloads data, but user interface is still responsive and probably shows some indicator that data are being downloaded, you can easily switch from one tab to another).

4. Open/save file: with APFS it is possible to do atomic updates - which mean: app is saving only changes to a file or load from a file only things that have changed, not the whole file.

With all that considered: performance gain with APFS would be from reading data needed by foreground app first, using less bandwidth (connection between CPU, RAM, and flash memory) while loading and saving data, postponing some disk operations that are requested by background processes.

To sum it up: you should see some improvements in situations like scrolling through conversation in imessage, saving changes to modified picture, opening files.

(Obviously, sorry for my lousy english, it’s not even my third language)
Rating: 11 Votes

Can someone tell more about new filesystem? How it's compared to present one in terms of security and performance?


You can read a pretty good overview here: https://www.backblaze.com/blog/apfs-apple-file-system/

And if you want to get nerdy: ArsTechnica ('http://arstechnica.com/apple/2016/06/a-zfs-developers-analysis-of-the-good-and-bad-in-apples-new-apfs-file-system/') and Apple's official documentation ('https://developer.apple.com/library/content/documentation/FileManagement/Conceptual/APFS_Guide/Introduction/Introduction.html').

I was thinking they would hold off until iOS 11 to show off APFS, didn't know it was already ready!
Rating: 11 Votes

Wow, nine comments in and no posts yet explaining how this indicates the imminent downfall of Apple. That's kind of refreshing.

wow. no theater mode. this indicates the imminent downfall of apple
Rating: 10 Votes

Mike Oxard
Does find my AirPods just let you know when they are finally available in store
Rating: 10 Votes

You look extremely foolish with this post. Swift alone is a giant innovation, and incredibly well thought out programming language. APFS will be used in all products moving forward, and has significant security improvements. Thicker phone? Go get some 4000mAh android, let me know how much of an improvement that is for you.
[doublepost=1485285941][/doublepost]

That seems awful. They are now pushing the top controls in Settings down for this? :( This is hopefully a bug.

It doesnt feel worse in practice. It pushes "sounds and haptics" and the wallpaper off the top screen, but I would bet that iCloud and iTunes are accessed more often.
Rating: 9 Votes