There has been some confusion as to whether the LG UltraFine 5K Display works with older Macs, but a new support document published today answers that question and makes it clear exactly which Macs can be used with the display and at what resolution. 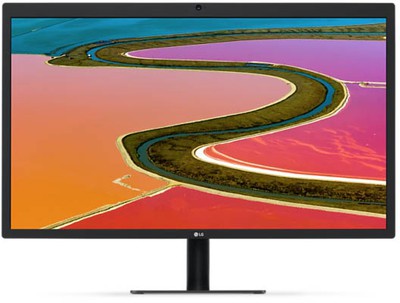 Using an Apple Thunderbolt 3 to Thunderbolt 2 Adapter and a Thunderbolt cable, the LG 5K Display can be used at 4K resolution with older iMac, MacBook Pro, Mac Pro, MacBook Air, and Mac mini models. A full list is below:

For the Mac mini and the Mac Pro, Apple recommends using the LG UltraFine 5K display as a second monitor as it might not turn on until the machines are booted into macOS. Features like Boot Picker and macOS Recovery may not work on the display when used with those machines.

Power delivery features are only available for Macs equipped with Thunderbolt 3, which means only the three newest MacBook Pro models will be able to charge through the display. Power is not delivered when connecting the display to a Mac using the Thunderbolt 3 to Thunderbolt 2 adapter, so on older Macs, a separate power supply will need to be used.

69Mustang
This would have been good information to have when they introduced the monitor... just sayin'.
Score: 19 Votes (Like | Disagree)

trifid
I'd love to know which monitor Jony Ive uses, I refuse to believe he'd accept this travesty of ugliness.
Score: 14 Votes (Like | Disagree)

japanime
Remember the old Apple marketing slogan "There's an app for that"?

metabob
Funny how they say 2014 models are "older".