macOS Sierra 10.12.2 is a free update for all customers who are running macOS Sierra. The update can be downloaded using the Software Update function in the Mac App Store. 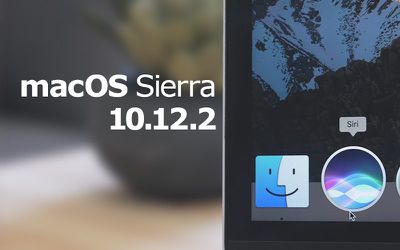 Apple has also updated the artwork on many existing emoji to make them look more realistic, and new color explosion wallpapers -- from the iPhone marketing materials -- have been introduced.

Along with these outward-facing changes, the 10.12.2 update includes several important bug fixes. A serious graphics issue that has been affecting some new MacBook Pro owners has been solved, and a bug that caused System Integrity Protection to be disabled, also impacting the new MacBook Pro, has been fixed. A full list of bug fixes and improvements is below:

CausticSoda
I am beginning to think Macrumours keep putting emoji in headlines just to wind us up!
Score: 37 Votes (Like | Disagree)

RumorConsumer
One of the hardest things for tech companies to do is get people to update their software. It generally benefits everybody - quality of user experience typically increases and then in turn people speak more highly of the products. Updates can still be inconvenient. "But it works fine why update it?"

Apple has answered this question by putting the pill in the marshmallow - give them more emojis.

For clarity - I think this is actually really smart. I am watching my normally slow poke friends doing the updates quickly because it has an emoji update. Its really cool.
Score: 33 Votes (Like | Disagree)

kwikdeth
Can we just stop reporting on emoji updates? It's only adding fuel to the fire.
Score: 10 Votes (Like | Disagree)

samcraig
EMJOI!!! (and some other important fixes)

For those that thought the above was tl;dr
Score: 9 Votes (Like | Disagree)

xgman
If only we could get the emoji word banned from Macrumors News...
Score: 7 Votes (Like | Disagree)
Read All Comments