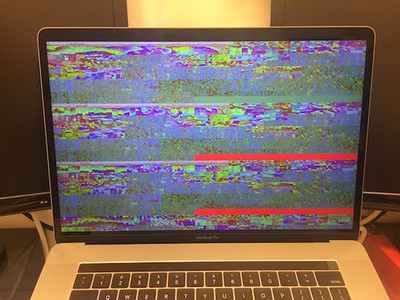 Separately, a number of users continue to report brief glitches during the boot up process on new MacBook Pro models, particularly along the bottom of the screen. It appears this issue is related to FileVault 2 startup disk encryption, as the glitches go away for many of these users once the feature is disabled.


Apple has yet to publicly acknowledge or comment on the graphics issues, but in a supposed email response to a MacRumors forum member, Apple software engineering chief Craig Federighi allegedly said he believes the problems have been resolved in the latest macOS Sierra 10.12.2 beta released on Monday. As a point of emphasis, this email response has not been verified.

Thanks for your note! We believe we have addressed all of these graphics issues in the latest beta of Sierra 10.12.2 (available at beta.apple.com).

I hope that you enjoy your new MacBook Pro — it’s a fantastic machine!

While we have yet to verify the authenticity of the email beyond a reasonable doubt, there is some unscientific evidence to suggest it could be real:

• Although it could easily be faked, the response appears to resemble previous email responses sent by Federighi
• The user who shared the email response is a longtime MacRumors forum member who registered his account in June 2007
• Apple executives appear to be increasingly using email as a vehicle to subtly address customer questions and concerns
• MacRumors viewed a lengthy follow-up email the user received from Apple's Executive Relations team, which appears to be legitimate

sputnikv
not to beat a dead horse or anything, but for the cost of these machines, you would expect them to be damn near bug free
Score: 29 Votes (Like | Disagree)

slimothy
"It's a fantastic machine" LOL. Way overpriced this year, and many complain of lackluster performance. 2015 is the model you want. Trust me, I have one. (Plus you get to keep all your ports) ;)
Score: 24 Votes (Like | Disagree)

Labeno
I've been reading MacRumors for years... thank you so much for collecting all these amazing articles and publishing.
This is the first year where I've genuinely seen MacRumors members change from very happy people having fun discussions and heated discussions, to truly angry people (at Apple) for peeing in their ear and trying to tell us its raining.
Apple... please listen to us. We are not just niche people, but people who used to believe in what you were doing, and you are driving us away.
Score: 17 Votes (Like | Disagree)

The Captain
"I hope that you enjoy your new MacBook Pro — it’s a fantastic machine!"

The condescending arrogance from this company towards it's customers is, dare I say...courageous? (I know, it's getting old but the phrase 'just works')
Score: 17 Votes (Like | Disagree)

nope7308
If the machine is so damn great, why must you constantly tell us?
Score: 17 Votes (Like | Disagree)

Labeno
"It's a fantastic machine"
Hmmm... a premium price for a fashion statement but not a pro device.
Please replace Timmy and bring back pro devices. I'm sticking with my 2012 MBPr until a pro device comes out or I need to jump ship.
Score: 13 Votes (Like | Disagree)
Read All Comments

Wednesday August 25, 2021 7:48 am PDT by Joe Rossignol
Starting with iOS 15, iPadOS 15, and macOS Monterey, users with a paid iCloud+ storage plan can personalize their iCloud email address with a custom domain name, such as johnny@appleseed.com, and the feature is now available in beta. iCloud+ subscribers interested in setting up a custom email domain can visit the beta.icloud.com website, select "Account Settings" under their name, and select ...
Read Full Article • 892 comments