Wireless headphone company Bragi today announced an incoming update to its flagship Bluetooth device, The Dash, which will bring with it an all-new way for users to interact with Bragi's "Kinetic User Interface." Coming November 21, Bragi OS 2.2 will introduce users to a beta of "MyTap," which lets them control the headphones through tap-based gestures placed directly on their cheek and not on The Dash itself.

KUI will also bring about gestures like nodding to accept a phone call from a smartphone connected to The Dash, activating Siri with the tap of a cheek, and even various music playback controls. When it begins rolling out on November 21, KUI will only encompass voice assistant controls (for Siri and Google Now), and the other gestures will arrive in future firmware updates. 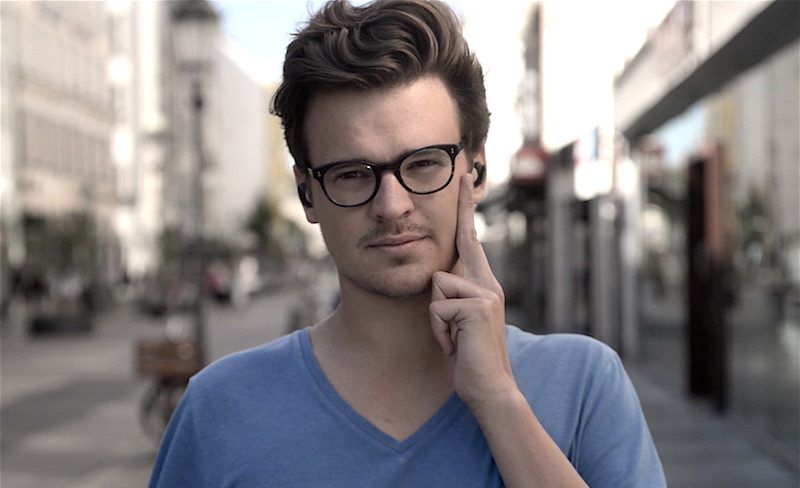 “The Dash was envisioned as a platform offering a lot of hardware capabilities, but not all of this hardware was used from the beginning. Over time, we can let the software grow and enable more features.” – David Dohmen, Sensorics & Data Science at Bragi

“You are way more accurate tapping your own cheek than an external device. That makes it easier to hit it during activities like cycling or running.” - David Dohmen, Sensorics & Data Science at Bragi


The Dash and The Headphone (Bragi's entry-level Bluetooth headset) have been compared to Apple's upcoming AirPods frequently, enough for Bragi to create a comparison chart between the three devices following Apple's announcement of the AirPods in September. The Dash's premium $299 price tag and high-end activity tracking features are more difficult to compare with the AirPods, which fall in line slightly more with The Headphone. However, only The Dash can receive Bragi's OS updates.

Amazing! Next level sh*t! Enticed to buy one of these now instead of the fugly AirPods.

bitslap47
Anyone feel like the goal here is to sit on a corporate yacht giggling at everyone wearing straws in their ears, tapping themselves on the cheek, looking like they have nervous ticks, and talking to themselves while walking around?
Score: 4 Votes (Like | Disagree)

pdaholic
"I'm NOT having a seizure! I'm just changing songs on my playlist..."
Score: 3 Votes (Like | Disagree)

SMIDG3T
Seriously why not just use the earbud to control? I bet they spent a lot of money on this. Yes it's pretty clever but I don't see the point.
Score: 1 Votes (Like | Disagree)

After the rumour about the january launch, AppleInsider said they got some inside info saying there's no way they're going to ship that late. I guess it does make sense too - AirPods could be huge for holiday shopping / gifting.

I don't see Apple releasing them in January either. I mean, we're talking three full months out until they release, if the rumor was true. That would only indicate some fault was found during production or some other major issue to be delayed that long. Apple
Is fully aware these were a sequence to launch with the iPhone, especially when deleting the 3.5 Jack.

And missing the holiday mark on these would not be a good thing. Even if it was a January launch, they would still sell strong. But consumers are ready to spend money from now until Christmas.
Score: 1 Votes (Like | Disagree)

RowellE
Amazing! Next level sh*t! Enticed to buy one of these now instead of the fugly AirPods.
Score: 1 Votes (Like | Disagree)
Read All Comments

Tuesday March 31, 2020 10:22 am PDT by Juli Clover
Apple has acquired weather app Dark Sky, Dark Sky's developers announced today. Dark Sky is one of the most popular weather apps on the App Store, known for its accuracy and storm warnings. Our goal has always been to provide the world with the best weather information possible, to help as many people as we can stay dry and safe, and to do so in a way that respects your privacy. There is no ...
Read Full Article • 206 comments