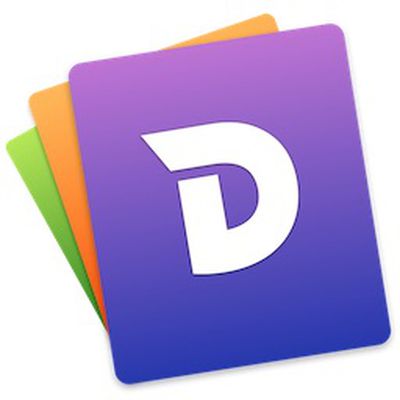 The two accounts were linked together by common credit card, bank account, developer ID login, and bundle ID, according to iMore.

Dash developer Bogdan Popescu responded with his side of the story the next day, claiming the secondary account exists because he helped a relative get started by paying for her Apple Developer Program Membership using his credit card.

What I’ve done: 3-4 years ago I helped a relative get started by paying for her Apple’s Developer Program Membership using my credit card. I also handed her test hardware that I no longer needed. From then on those accounts were linked in the eyes of Apple. Once that account was involved with review manipulation, my account was closed.

Popescu said he "was not aware" his developer account was linked to another until Apple contacted him two days after removing Dash from the App Store.

However, the developer community has presented compelling evidence suggesting otherwise -- which we present as speculation.

Earlier this week, developer Steven Troughton-Smith appeared to have discovered the secondary account, belonging to Mihaela Popescu. A cached iTunes page shows a list of 19 apps belonging to this account, tied to the same com.kapeli bundle identifier, all of which have since been removed from the App Store.

MacRumors forum member frumpsnake dug further and discovered some of those apps were at one time promoted on his website, including iGuard and moveAddict. Kapeli, the name of Bogdan's company, also tweeted about moveAddict, and there is even a moveAddict press release tied to his name.

A cached version of Bogdan's website shows moveAddict and iGuard
From the press release:

Bogdan Popescu, a Software Engineering student at Coventry University, took this as a challenge from Apple - moveAddict is the result of one month's work.

MacRumors reader architect1337 subsequently discovered the screenshot file below, which has a date of Sunday, January 12, 2014, belongs to a user called "bogdan."

I'm sure there are circumstances where the original author gave all his old software to Mihaela and that she continued to sell and update the entry (on this site) for his (and perhaps others) software.

Apple had agreed to reinstate Dash on the App Store if Bogdan agreed to acknowledge fraudulent activity occurring between the two linked accounts, but he refused. Apple then commented on the matter publicly, at which point Bogdan disclosed a private phone call with the company, so it's unclear if that offer still stands.

Update: Bogdan Popescu has provided his side of the story in a statement given to iMore, explaining that the secondary account belonged to his mother and that he had transferred over some apps to focus his attention on Dash.

Actually what's frightening here is all the Apple defenders. It seems to me that everything the developer said is true and makes sense. It is coherent and consistent.

Haha. You are kidding right?

#293 ('https://forums.macrumors.com/threads/apple-says-1-000-fraudulent-reviews-were-detected-across-two-accounts-owned-by-dash-developer-update-developer-responds.2005850/page-12#post-23708918')
Gather round, folks, let me tell you a story.

So 5 or 6 years ago, this guy named Bogdan Popescu starts a company called Kapeli and writes a bunch of Shovelware. Puts out a bunch of PR for crap like MoveAddict.
http://www.macworld.co.uk/opinion/a...ly-able-cutpaste-files-merge-folders-3485573/ ('http://www.macworld.co.uk/opinion/apple/press-release-mac-os-x-finally-able-cutpaste-files-merge-folders-3485573/')
http://imgur.com/C2vjkig ('http://imgur.com/C2vjkig')

Over time, Dash explodes in popularity. It fills a niche and is actually legitimately useful. He “goes legit”, creates a new dev account tied to the same com.kapeli bundle identifier. Suddenly — publically, to those who can’t see his bundle identifiers — it’s the only app he makes!
https://webcache.googleusercontent....popescu/id404213174+&cd=1&hl=en&ct=clnk&gl=au ('https://webcache.googleusercontent.com/search?q=cache:qoxummH4tkYJ:https://itunes.apple.com/us/developer/bogdan-popescu/id404213174+&cd=1&hl=en&ct=clnk&gl=au')
http://imgur.com/gGccgDj ('http://imgur.com/gGccgDj')

But what to do with all the other shovelware though? Not to worry, it can stay on the other account. Spam some reviews, get some idiots to buy it, easy beer money on the side. Let’s just change the author to “Mihaela” instead.

All of a sudden he cries foul. There WAS a second account, but it’s not his! It’s a female family member’s. It was some account that he had nothing to do with. He forgot about it! It’s ancient history!

…it just houses literally *everything* the guy previously created that isn’t Dash. Including apps such as moveAddict and iGuard previously prominently featured on the dude’s website and PR spam. In his name.

Now both Apple and Popescu are in agreement — there are only two accounts with his com.kapeli bundle identifier. Apple says they are both his. He claims he only has one, and a relative has one. So why are *his* apps on *both* accounts, his and Mihaelas?

Did he gift the entire source code and ongoing revenue of these apps to this 'family member' as well? What a great guy! Still it sounds like something that might be worth mentioning during this whole mixup, either to his faithful blog readers or Apple. It might have cleared things up rather quickly.

Despite the fact that his whole story falls apart on scrutiny, Apple bend over backwards and will reinstate his account if he admits some wrongdoing. Stubborn dude refuses to budge, posts illegally obtained phone calls…

…and yet people still criticise Apple and believe this guy.
Score: 16 Votes (Like | Disagree)

solace
Smelled fishy from the moment he opened his mouth honestly.
Score: 13 Votes (Like | Disagree)

Rudy69
People gave me a hard time when I said the whole thing was fishy and I didn't believe his story. Glad to see I was right
Score: 11 Votes (Like | Disagree)

People gave me a hard time when I said the whole thing was fishy and I didn't believe his story. Glad to see I was right

Because most people on here are Apple trolls who are against Apple's every move.
Score: 8 Votes (Like | Disagree)

Given this new evidence, the developer's defence is looking iffy. Unfortunately.

I disagree in part. There's nothing unfortunate. Apple gave the guy numerous chances to clean up his act, and instead he tried to turn it into a circus. In the end, it reinforces that Apple is at least doing their due diligence and not being precipitous about things like this.
[doublepost=1476374732][/doublepost]

No opinion on the truth here—but is it possible he knew about his relative's apps, helped promote them (including on his site), but did NOT know the accounts were still linked? (And in theory, did not know about the review abuse?)

In the end, the buck stops with him.
Score: 8 Votes (Like | Disagree)
Read All Comments

Sunday October 2, 2022 6:41 am PDT by Joe Rossignol
Apple is developing new iPad Pro, Mac, and Apple TV models, and at least some of these products will be released in October, according to Bloomberg's Mark Gurman. However, Gurman continues to believe that Apple is unlikely to hold an event this month. In the latest edition of his Power On newsletter, Gurman said "the big iPhone 14 unveiling last month was probably it for Apple in 2022 in...
Read Full Article • 157 comments