At the time, the developer denied the accusations and garnered the support of Dash app users who believed there had been a mix up and that he was not guilty, but Apple today provided more information to justify its position and the app's removal from the App Store. 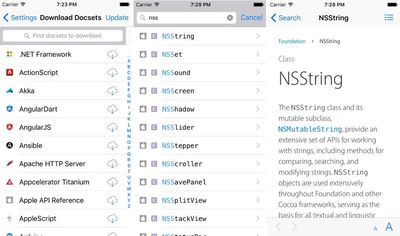 In statements given to iMore and The Loop, Apple says the developer owned two accounts with 25 apps, which had nearly 1,000 fake reviews. Both fraudulent positive reviews for his own apps and negative reviews for competing apps were involved.

"Almost 1,000 fraudulent reviews were detected across two accounts and 25 apps for this developer so we removed their apps and accounts from the App Store," Apple spokesperson, Tom Neumayr, said in a statement provided to The Loop on Monday.

"Warning was given in advance of the termination and attempts were made to resolve the issue with the developer but they were unsuccessful. We will terminate developer accounts for ratings and review fraud, including actions designed to hurt other developers. This is a responsibility that we take very seriously, on behalf of all of our customers and developers."

According to The Loop's Jim Dalrymple, Apple first sent a warning to the developer behind Dash two years ago and attempted to work with him "for some time" to put a stop to the App Store fraud. The behavior did not stop, leading to the account's termination last week.

Dash's developer specifically denied having been involved in App Store review manipulation in the blog post announcing Dash's removal from the App Store, but Apple has been adamant that fraud took place. Apple's marketing chief Phil Schiller even got involved, confirming to a concerned developer that ratings and review fraud had led to the app's removal.

Apple's decision is final and there is no further appeals process, according to Dash's developer, who has yet to respond to the information Apple has provided today. Dash for iOS is unlikely to return to the iOS App Store, but Dash for Mac remains available outside of the Mac App Store.

Update: The developer behind Dash has shared his side of the story, placing the blame on a relative whose Apple Developer Program Membership he paid for.

He says he was not aware his account was linked to another until Friday and that he was not notified about any wrongdoing. He has shared a recorded phone conversation in which Apple says it will reactivate his account if he makes a blog post stating the truth that his account had been linked to an account with fraudulent activity.

yet, FDG Mobile Games continue to release apps with these 5 star reviews for the past few years.

Then report the concerns instead of asking everyone to lower the bar across the board.

That said, it's a shame the developer had to make a spectacle of this only to be proven to be a liar. It's also a shame that several MR users felt the need to compare Apple with people like the Nazis simply because they happened to use an app. The people who went crazy with the histrionics really should look in the mirror and ask themselves why they were comfortable resorting to such complete and utter nonsense.
Score: 45 Votes (Like | Disagree)

frumpsnake
Gather round, folks, let me tell you a story.

So 5 or 6 years ago, this guy named Bogdan Popescu starts a company called Kapeli and writes a bunch of Shovelware. Puts out a bunch of PR for crap like MoveAddict.
http://www.macworld.co.uk/opinion/apple/press-release-mac-os-x-finally-able-cutpaste-files-merge-folders-3485573/
http://imgur.com/C2vjkig

Over time, Dash explodes in popularity. It fills a niche and is actually legitimately useful. He “goes legit”, creates a new dev account tied to the same com.kapeli bundle identifier. Suddenly — publically, to those who can’t see his bundle identifiers — it’s the only app he makes!
https://webcache.googleusercontent.com/search?q=cache:qoxummH4tkYJ:https://itunes.apple.com/us/developer/bogdan-popescu/id404213174+&cd=1&hl=en&ct=clnk&gl=au
http://imgur.com/gGccgDj

But what to do with all the other shovelware though? Not to worry, it can stay on the other account. Spam some reviews, get some idiots to buy it, easy beer money on the side. Let’s just change the author to “Mihaela” instead.

All of a sudden he cries foul. There WAS a second account, but it’s not his! It’s a female family member’s. It was some account that he had nothing to do with. He forgot about it! It’s ancient history!

…it just houses literally *everything* the guy previously created that isn’t Dash. Including apps such as moveAddict and iGuard previously prominently featured on the dude’s website and PR spam. In his name.

Now both Apple and Popescu are in agreement — there are only two accounts with his com.kapeli bundle identifier. Apple says they are both his. He claims he only has one, and a relative has one. So why are *his* apps on *both* accounts, his and Mihaelas?

Did he gift the entire source code and ongoing revenue of these apps to this 'family member' as well? What a great guy! Still it sounds like something that might be worth mentioning during this whole mixup, either to his faithful blog readers or Apple. It might have cleared things up rather quickly.

Despite the fact that his whole story falls apart on scrutiny, Apple bend over backwards and will reinstate his account if he admits some wrongdoing. Stubborn dude refuses to budge, posts illegally obtained phone calls…

…and yet people still criticise Apple and believe this guy.
Score: 28 Votes (Like | Disagree)

farewelwilliams
yet, FDG Mobile Games continue to release apps with these 5 star reviews for the past few years. 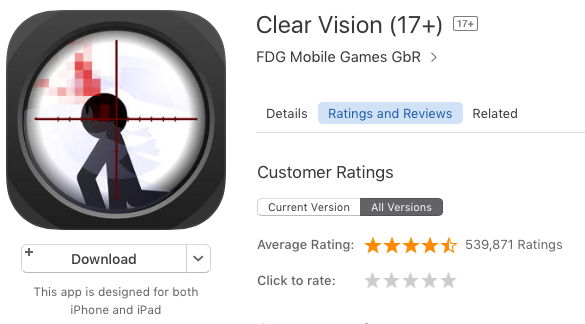 probably a huge money maker for Apple, so they don't look into these.
Score: 26 Votes (Like | Disagree)

I am not a lawyer - but can this become a first amendment case?

No. Apple is not the government. The app store is not a public forum.

Constantly baffled at Americans not understanding their own laws. Especially when it comes to "free speech".
Score: 20 Votes (Like | Disagree)

craig1410
Having just listened to the recording of his phone call with Apple I have come to 3 conclusions:

1. Apple have bent over backwards to give this guy a chance to reinstate his developer account. The guy on the call was extremely professional and fair.

2. The developer's tone during that call was a bit offhand and far from appreciative that the SVP of Marketing of the largest company in the world actually cared enough to make this call happen!

3. Recording the call with Apple and making it public was the final nail in the coffin. He can probably expect a demand from Apple to take down that recording immediately and in my opinion has little to no chance of ever doing business with Apple again. Phil Schiller will be furious and rightly so.

Why didn't Apple simply come out and say this at the beginning?

Because this isn't the sort of thing that should be publicised. Besides, it was the developer who made the fuss about it, not Apple. Now he's proven to have his hand in the cookie jar.

Didn't stop people previously jumping to conclusions, of course. And what conclusions they were.
Score: 14 Votes (Like | Disagree)
Read All Comments