Amazon Music Unlimited is distinct from the company's Prime-only music library, which offers access to "over a million songs." By contrast, the new service promises access to "tens of millions" of songs from all the major labels. Prices start at $7.99 per month for Prime members and $9.99 per month for non-members, the latter of which puts it in the same cost bracket as Apple Music, Spotify, Google Play Music, and Tidal's standard price plans. A similar free 30-day trial is also being offered.

In addition, Amazon is offering a separate $3.99 subscription plan for owners of connected speakers from the company's popular Echo range. The plan lets them stream music to Amazon's devices, but only those devices. A $14.99 per month (or $149 per year) family subscription plan for up to six people is currently in the works, and should become live later this year.

Amazon says its library includes music from Sony, Universal, and Warner, as well as hundreds of indie labels, with thousands of curated playlists and personalized stations also accessible via the company's recently revamped mobile app. However, the service enters a crowded market already commanding millions of subscribers, which makes it increasingly difficult for newcomers to differentiate their service. In this respect, Amazon is likely betting on enticing existing Prime subscribers, and perhaps more significantly, those eligible for its Echo-only option, which could prove popular with a user base already familiar with the company's ecosystem. 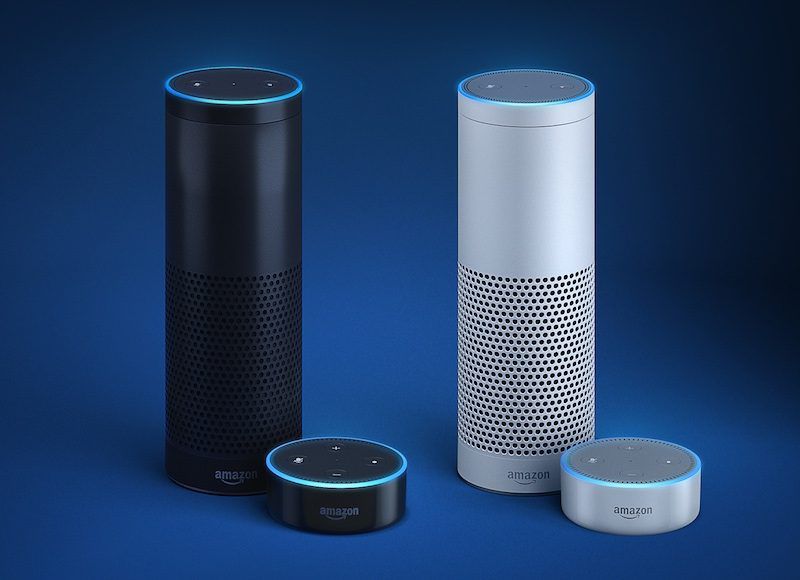 For example, the Echo-based service plan integrates with the speaker's intelligent assistant Alexa, meaning voice commands can be used to play particular songs and/or playlists based on specific criteria – to play songs from a particular decade, or to match a mood, say. Indeed, Echo owners can sign up for Amazon Music Unlimited simply by asking Alexa to start their free trial.

Amazon is estimated to have sold over 4 million smart speakers so far, and is hoping to sell 10 million by the end of 2017, which could put it on course for a subscription coup. For its own part, Apple is said to be pressing ahead with plans for its own connected smart home device, powered by Siri, which would rival Echo. Meanwhile, on Tuesday, Apple Music executive Jimmy Iovine commented on the future of Apple Music, saying that Apple is "building the right hybrid," which will be "technologically and culturally adept" and "have a voice," rather than just be a utility to listen to music.

Amazon Music Unlimited goes live in the U.S. today and is set to debut in the U.K., Germany, and Austria later this year.

killawat
How about Prime Video on Apple TV?
Rating: 31 Votes

Amazon: a day late, and a dollar short. It's kind of sad watching bookstores like Barnes & Noble and Amazon try to become tech companies, and inevitably fail.


Amazon is one of the biggest tech companies in the world.

Their whole company is tech with the main retail business being web and mobile based.

Also one of their most profitable arms is AWS (Amazon Web Services) which is a huge Corporate Outsourcing company for Cloud Computing, Online App Serving and Backup etc.

Not to mention the fact that once they get their drone programme "off the ground" they will no doubt licence that technology / service to other industries.

I do agree with you that Amazon are late to the game with music streaming, however, but it doesn't really matter. With the exception of audiophiles, people will weigh up the content availability versus cost and make a decision on what gives them the best music selection for their buck. They won't really care about loyalty to the "brand", not yet anyway.

There's also no contract model in this industry as yet, so currently people are free to switch monthly as the landscape changes.
Rating: 28 Votes

maxsix
Amazon proves once again that big companies _can_ innovate.

dannys1
To be honest, for the "average" prime subscriber, the included Amazon Prime Music would be more than enough for them. For people really into music, Spotify or Apple Music are still the better options.
Rating: 8 Votes

robjulo
You really should do a little more research before weighing in on this. Amazon is hardly a "bookstore".

Amazon: a day late, and a dollar short. It's kind of sad watching bookstores like Barnes & Noble and Amazon try to become tech companies, and inevitably fail.

KeanosMagicHat
Bit of a slap in the face for all Prime subscribers expecting them to pay more. It's now created a two tier Music offering. (Three tier if you factor in the lower priced Echo customer subscriptions).

Especially UK Prime members who already do not receive all of the additional Kindle benefits etc the US customers receive.
Rating: 7 Votes

Bit of a slap in the face for all Prime subscribers expecting them to pay more. It's now created a two tier Music offering. (Three tier if you factor in the lower priced Echo customer subscriptions).

Especially UK Prime members who already do not receive all of the additional Kindle benefits etc the US customers receive.


My thoughts exactly - the discount for Prime members is a little pathetic. And the two tier offering seems very confusing.

This should have been included in the Prime offering considering what we pay, or else let us build an a-la-carte Prime package with Prime Video, Prime Music, Next Day Delivery, with pricing according to what is selected, rather than a fixed price offering which randomly doesn't include full music.
Rating: 7 Votes

Mac Fly (film)
Race to the bottom. Why pay the artists at all?
Rating: 5 Votes


$3.99 and you can only listen to mono music in a crappy quality. IMHO far too expensive!
Rating: 4 Votes

Amazon proves once again that big companies _can_ innovate.

Setting a great example for Apple to emulate :D