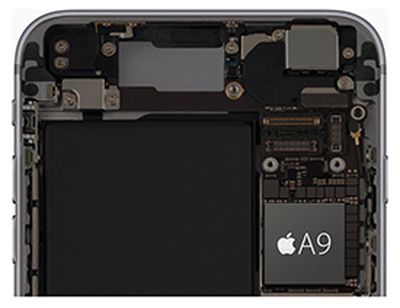 Intel's new licensing deal allowing it to manufacture ARM-based chips for smartphones could win over Apple as a customer in as little as two years, placing pressure on current A-series chip manufacturer TSMC, according to Nikkei Asian Review.

"TSMC could face tough competition as soon as 2018 or 2019 as Intel is likely to gain orders from Apple by then," Samuel Wang, a veteran semiconductor analyst at research company Gartner, told the Nikkei Asian Review. "Intel has begun to engage with Apple and it aims to grab one or two top-tier customers from TSMC."

The switch to Intel may not have significant implications for iPhone users, but it provides Apple with an opportunity to secure the best manufacturing deal and technologies available. Intel's foundries will manufacture ARM-based smartphone chips based on a 10-nanometer process, which TSMC is also moving towards. The move could also shift at least a portion of A-series chip production to the United States, which could help create new jobs on the company's home turf.

"Intel is definitely the most formidable challenger for TSMC,” a senior Taiwanese chip industry executive said. "There is no rivalry between Apple and Intel so it's really likely that Apple could shift some orders there. The move is also in line with Washington's policy to encourage U.S. companies to make more products at home."

Intel is also expected to supply modems for select iPhone 7 models, including AT&T versions and some international models sold in other countries, as Apple lessens its dependance on existing supplier Qualcomm.

BeefCake 15
My gut tells me this has a hint of ARM in Macs
Score: 9 Votes (Like | Disagree)

imagine an "intel inside" decal on your phone

imagine an "intel inside" decal on your phone

Hah, this just sent me on a trip down memory lane…

I remember the first computer I built was a 1.5GHz Pentium 4 in early high school. I ordered it as an OEM tray from TigerDirect to save some money (back when you would still order computer parts through the mail from a magazine). The trays didn't come with stickers, and I was disappointed, so I found some for cheap on eBay and ordered them. I proudly stuck that on the front so I could brag to all my friends since Pentium 4s were still fairly new. That machine was such a piece though. The motherboard was glitchy as hell, and the power supply was also crap.

Let's just say I've changed a lot since then—and also since 2005, when I built my second machine, which was a huge tower with an LED window, a heat sink shaped like a jet engine, and blue LEDs everywhere. *FACEPALM* However I'm still proud of that cable management though, lol. To this day I regret that it took me until 2008 to get my first Mac. I really loved using them in school, but I was so entrenched in Windows stuff. Bootcamp won me over, and eventually I didn't need it any more.
Score: 6 Votes (Like | Disagree)

macduke
We're currently on the A9, and we're already talking about the A12. Good grief!
Score: 5 Votes (Like | Disagree)

Intel has been one of the best things to happen to Apple mobile computers. The PowerPC days were extremely painful. Intel was far ahead of Moto and IBM in those days

I don't recall it being that way myself. The only stumbling block was the lack of progress on a portable G5 that eventually led to the transition to x86. The snag was that spec-focused buyers struggled to reconcile the difference in clock speeds between Motorola and x86 chips, tending to assume the higher-clocked x86s must be better performers.
Score: 5 Votes (Like | Disagree)

bpcookson
Smart move for Intel, and gives Apple leverage. Good news all around.
Score: 3 Votes (Like | Disagree)
Read All Comments