At today's Intel Developer Forum, Intel announced a new licensing deal with ARM, which will see Intel taking advantage of ARM technology in an effort to attract more manufacturing companies to its factories.

Under the terms of the deal, Intel plans to allow third-party semiconductor companies to use its 10-nanometer production lines for manufacturing ARM-based chips for smartphones, expanding the production options available to companies like Apple. 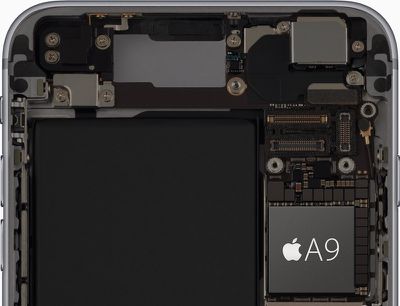 Apple currently produces custom-designed ARM-based chips that are manufactured by companies like Taiwan Semiconductor Manufacturing Co. (TSMC), but with Intel and ARM's new licensing deal, Apple (and other manufacturers) could potentially use Intel to fabricate its chips.

LG Electronics has already inked a deal with Intel and will use Intel's foundry business to manufacture 10-nanometer chips for future LG devices. It is not clear if Apple will strike a deal with Intel, as rumors suggest Apple already has an agreement in place with TSMC to produce 10-nanometer A11 chips destined for the 2017 iPhone and other 2017 devices, but the possibility exists for future chips.

TSMC is also said to be the sole manufacturer of the A10 chip that will be used in the upcoming iPhone 7 and iPhone 7 Plus.

A combo computer Intel core plus ARM would be nice, best of both worlds.

That's not even what the article is about.
Score: 17 Votes (Like | Disagree)

Last iPhone with 2 different chip showed that there are differences in manufacturing, so YES Intel to me means a better chip it'll change very little..but it will change ;) to each his own i guess, no need to act like i said something irritating!

You're the guy who decided to not put in all the information and condescend to people who didn't understand your drivel. That's the irritating thing. Not that you don't understand the minute differences between a Samsung A9 and a TSMC one.
Score: 6 Votes (Like | Disagree)

gpat
This has no implications whatsoever with Intel compatibility. Your iPhone will continue to run exactly the same applications. Get a clue.
Score: 5 Votes (Like | Disagree)

I specified....editing..i knew a smart one would comment without understanding.... it took 3 replies...

Maybe you should be a little more specific.

ATM, it's only Microsoft "defending" the PC platform now... because they failed to make a new operating system designed for Mobile (aka their MS Courier concept).
[doublepost=1471381577][/doublepost]

Well I'm glad somebody is because Apple seems on the verge of turning the Mac into a hobby business at best and I still need a traditional PC to do work on.
Score: 2 Votes (Like | Disagree)

Called it ages ago. Intel has the leading technology when it comes to fabs and is under utilising them due to the slowdown in the sales of PC's. Each new shrinkage requires more and more capital than the previous process so if you are not really growing (outside of server based chips) then the only option is to open up your foundries.

Apple's huge cash reserves and massive demand for chips based on the best possible tech + Intel's leading foundries = was going to happen eventually. Intel is no longer competing in the SoC market so it makes sense. Good news for us consumers, Intel's 14nm process is the best in the business and ahead of anything TSMC, Samsung or GloFo have, so better performance + lower battery life and with the potential for a massive order from Apple they will have the cash needed to stay ahead of the pack at the 10nm and 7nm levels. No doubt this Intel Modem in the new iPhone 7 is just Apple testing the waters.

Years ago it may have been a huge boon. There was huge disparity in the lithography process of Intel vs everyone else. 45nm vs 22nm or whatever it was a few yeasr ago.

But not so anymore. I don't follow this segment much anymore, but a quick google search shows Intel's latest and greatest 6th gen processors are on 14nm technology, but very simliarly is Apple's A9 using Samsung's 14nm.

And there is probably some difference between the two different 14nm processes... and while technologically/scientifically significant. At the end user level, I feel like it's probably splitting hairs.

So this is a whole lot of ... meh to me. Too late. The mobile movement by Android/iOS gave urgency and funding and motivation for so many other fabs to catch up, keep up, and close the gap.

Is Intel running scared? They need some of this mobile cash flow they've been missing out on...?
Score: 2 Votes (Like | Disagree)
Read All Comments