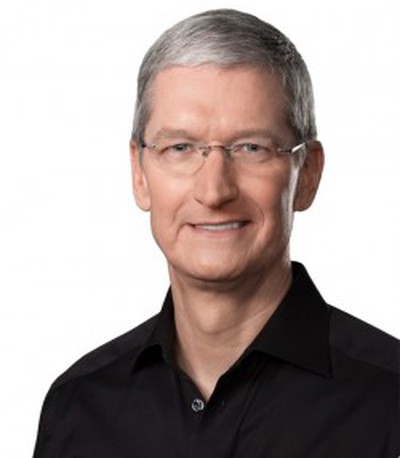 The Washington Post today posted a lengthy new interview with Tim Cook, in which he discussed his first five years as Apple CEO and hinted at the company's work on augmented reality products.

When asked how he handled the scrutiny that came with the role, Cook admitted that it was something he'd had to adapt to since taking over from Steve Jobs, and that there was very little Apple could do without it being reported somewhere.

You’re both praised and criticized, and the extremes are wide — very wide. And that can happen all in a day. You build up — my skin got materially thicker after August 2011. And I don’t mean in a bad way. I don’t mean that I’m callous and don’t care. I think I’m a bit better today about compartmentalizing things and not taking everything so personally.

Asked what has changed about Apple since his tenure in the role, Cook explained that while the company's aim of making "insanely great products" remained the same, its interests had broadened in line with its tremendous growth.

The obvious things are we have more employees. The company is four times larger [by revenue since 2010]. We’ve broadened the iPhone lineup. That was a really key decision and I think a very good one. We’ve gone into the Apple Watch business, which has gotten us into wellness and in health. We keep pulling that string to see where that takes us. Lots of core technology work has been done.

Cook also explained that the company had stepped up its social responsibility and been more transparent about issues such as its environmental work, which had been "going on at Apple for decades, but we didn't talk about it." When asked how Apple could move forward when so much of its business is tied up in the iPhone and an industry that's cooling off, Cook said:

Look at the core technologies that make up the smartphone today and look at the ones that will be dominant in smartphones of the future — like AI. AI will make this product even more essential to you. It will become even a better assistant than it is today. So where you probably aren’t leaving home without it today — you’re really going to be connected to it in the future. That level of performance is going to skyrocket.

When asked about some analysts' claims that Apple's best days are behind it, Cook said the suggestion "doesn't bother him" because "he's heard it all before" and he doesn't subscribe to it "because it's traditional thinking in a lot of ways: You can't get large because you are large".

Asked about Apple's future and statements he made in the last earnings call about artificial intelligence, Cook argued that the company wasn't falling behind AI efforts by other companies and called the breadth of Siri "unbelievable":

Increasingly, Siri understands things without having to memorize certain ways to say things. The prediction of Siri is going way up. What we’ve done with AI is focus on things that will help the customer. And we announced in June that we’re opening Siri to third parties, so third-party developers can now use Siri. So a simple example with that, whatever kind of ride-sharing app you might use, Uber or Lyft in the United States, you could just — using your voice — order the car. So third-party developers are writing tons of those that will be available to the public in the fall. And that’s how we’re broadening Siri in a huge way.

Apple has had a team working on virtual and augmented reality technologies since at least early 2015, when rumors suggested there were a small number of employees investigating how Apple could incorporate the technologies into its products. Apple's interest in virtual reality dates back much further, however, and Apple has filed multiple patents over the years, for products like video goggles, motion-sensing 3D virtual interfaces for iOS devices, and 3D "hyper reality" displays. When asked if Apple had designs on the augmented or virtual reality space, Cook said:

I think AR [augmented reality] is extremely interesting and sort of a core technology. So, yes, it’s something we’re doing a lot of things on behind that curtain that we talked about. [Laughs.]

In the full interview, Cook reflects on the death of Steve Jobs, Apple's tax policies, his non-traditional view of the role of a CEO, his succession planning, and some of the mistakes he's made along the way.

Critics of Cook don't hate him. That's what you're alluding to but it's just plain wrong. WE want things done the proper way, the Apple way. Not this half-assed lack of vision and focus that destroys Steve Jobs's legacy.
Score: 66 Votes (Like | Disagree)

littyboy
"Can you tell me about your job?"

Cook - "Yes, my job is to make sure we re-use the same tech years and years over, but continue to charge premium prices. Also, I'll continue to come out with more watch bands"
Score: 42 Votes (Like | Disagree)

JPLC
Nope nope nope! None of this is warming me up for anything. It's a non-vision.

Last keynote was a great reflection of Apple today. It's a club of seniors that make you shiver when they use words like "amazing" and "extremely" and try to be hip. It's like your stupid uncle using words like cool and awesome.
Score: 41 Votes (Like | Disagree)

CFreymarc
In all honesty, this speech screams a prelude to Tim's resignation and possibly retirement. I bet he is hanging around for the new Apple campus to complete, take/steal credit for all the architecture awards, move in for the Spring 2017 product launch and then ride off into the sunset.
Score: 29 Votes (Like | Disagree)
Read All Comments